We were looking forward to getting into Yazd today, the place is another tourist hub and we had been recommended a nice, cheap place to stay similar to the great Khan- e Eshan we had stayed at in Kerman.
Before that though we had another day riding in the desert.
Today the desert was sunny and windy and the road was flat and straight. A bit sandier today too, at least compared to the last few days of rocks and dry scrub bushes. We passed a big rest stop area at 11:30 and figured after yesterday’s debacle we should stop for an early lunch.
Just as we were about to set off again the wind picked up and and started to lift the sand up. It certainly wasn’t a full blown sandstorm but there was a lot of sand flying around, it was necessary to cover mouths and eyes to keep going.

after the sand had died down

It only lasts maybe 30 minutes, after that the air cleared and we could cycle unhindered again. The urban development around Yazd started maybe 40 km out from the centre, we passed a couple of towns busy loading and unloading trucks. Most of these hinterland towns tend to be focused on auto repair and you’ll find trucks in various states of repair all along the side of the road. 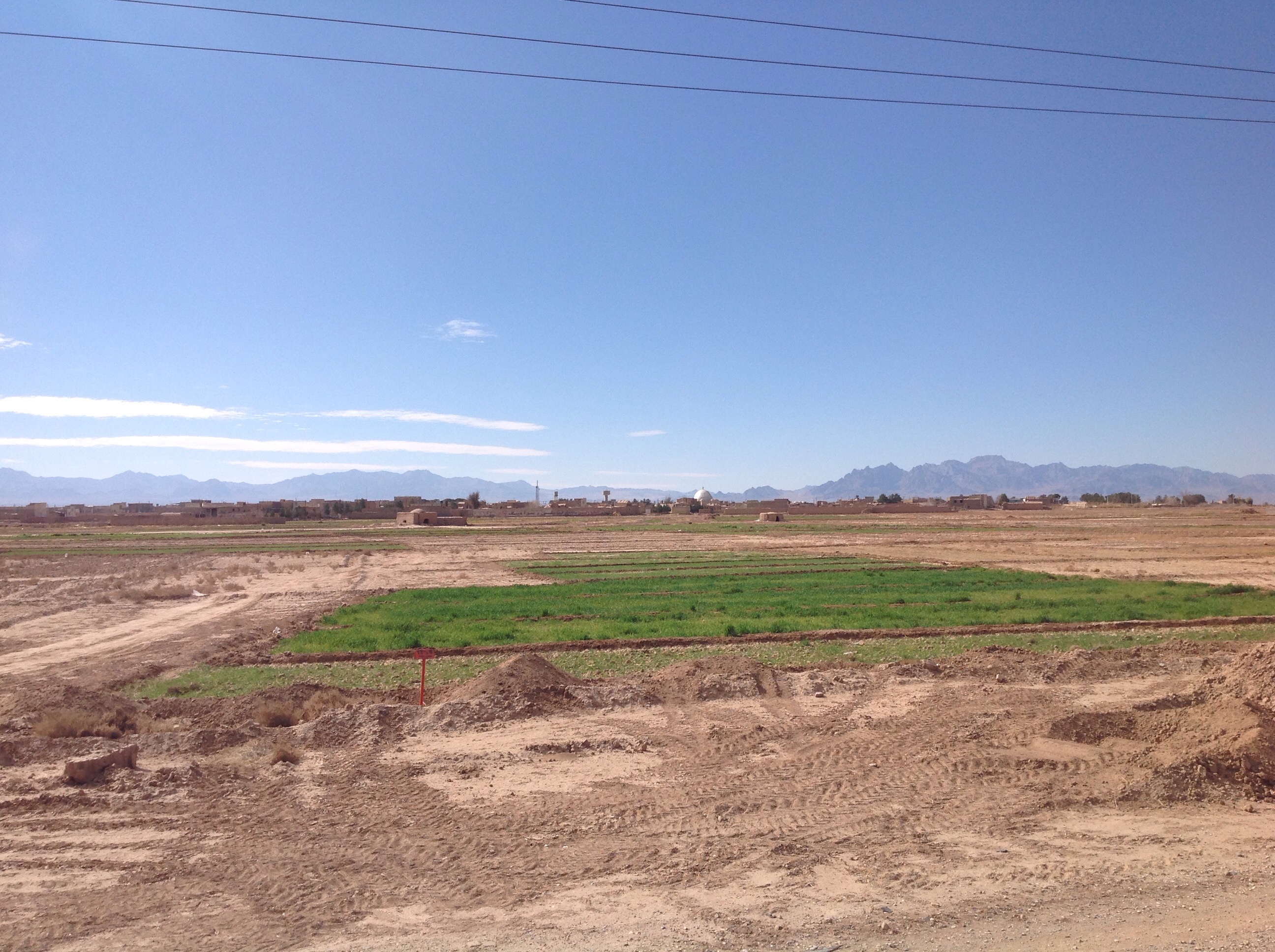 green grass! what a refreshing sight

Yazd is quite spread out but the gooey touristy centre is pretty well concentrated in a couple of kilometres so it was a long time of riding in regular Iranian city before we saw anything of note.

stopping for a break on the outskirts of Yazd

We arrived at the city centre at around four. The place we wanted to stay was full, but they had a sister hotel close by, a place called the Orient hotel. And it was nicer, and cheaper and located at pretty much the same place. So everything was working out pretty well so far in Yazd. Plus their showers were great. There’s nothing quite like a good shower after a stint on the bike.

riding down the street to our accommodation