One of our more challenging rides of the trip today. If we thought we had been riding in the desert before today was a real test of our desert riding chops. We began finishing the ride towards Naein though we didn’t actually go into town, turning off just before.

Richie had a run in with some Iranian funny guys feigning completely ignorance of English as a gestured wildly for a toilet at Naein. This was at a building just before the turn off from Naein that we stopped at in case there was nothing else for a while.
Turns out that this was good move, there was nothing else for 70km. Just straight road in the desert, completely desolate. The tailwind we experienced in the morning was more changed to a crosswind and then headwind as we rode South-East. The sun was out but still a winter sun so temperatures were bearable, I can’t imagine doing such a ride in the summer. 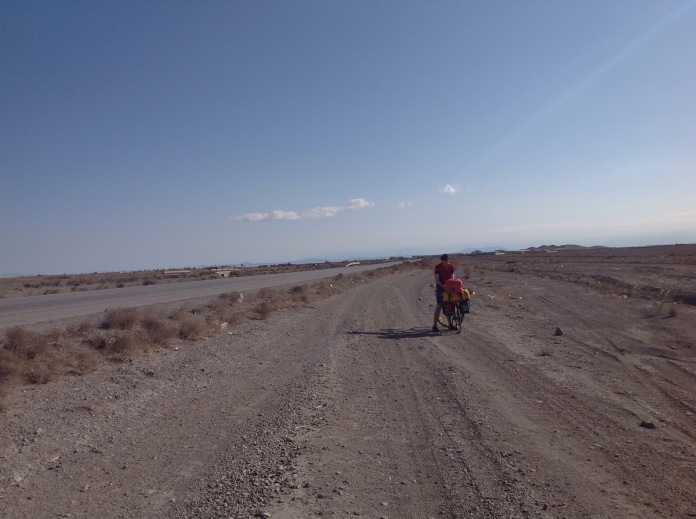 But man was the wind strong, there was nothing to block or slow it down it blew in off the mountains and buffeted us as we rode on. At some point rain falling on the mountains 20 km away had droplets picket up blown out to us.

in the desert now boys 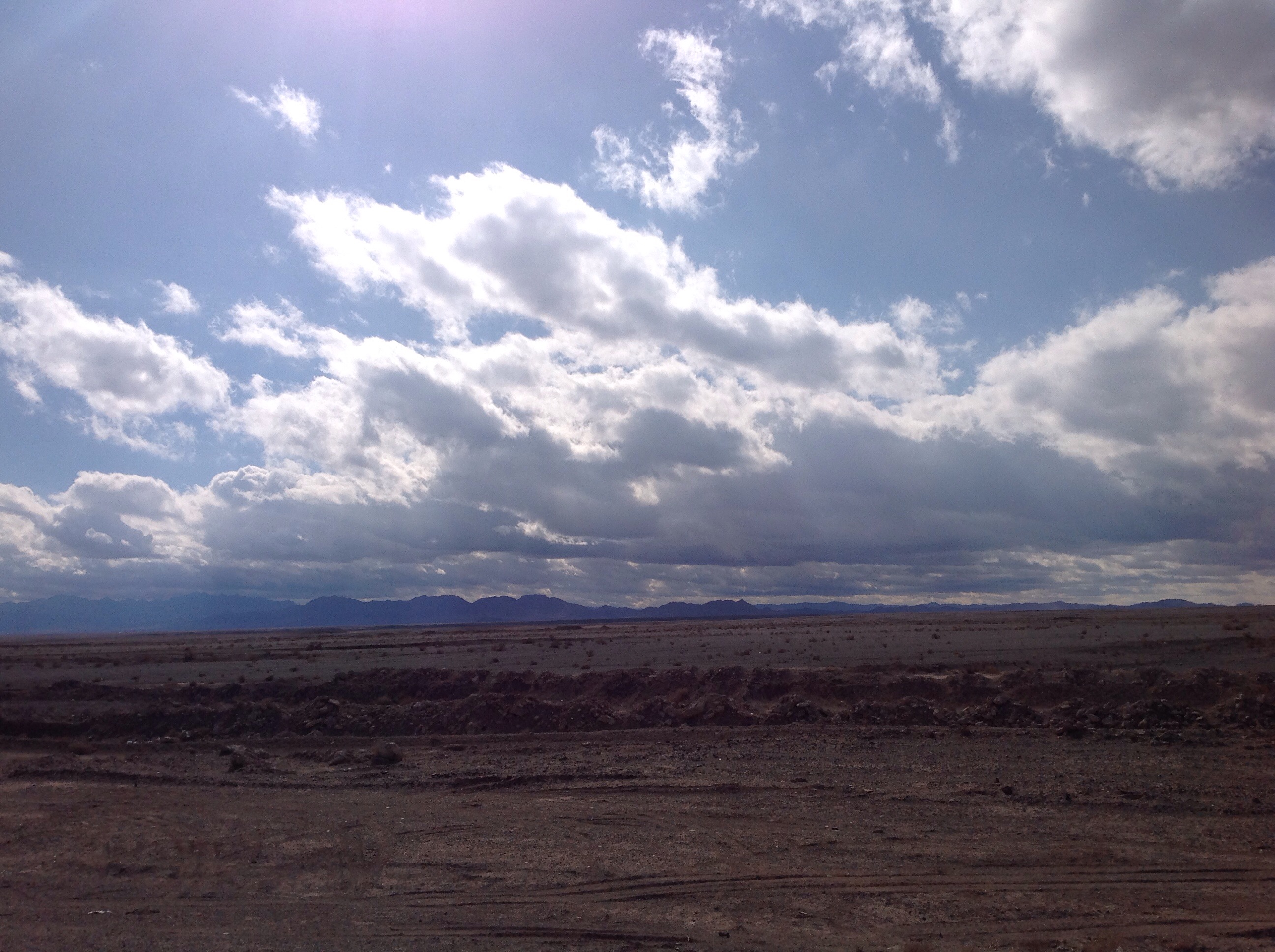 rain from these clouds was blow onto us

We only had a bit of food left in our bags and we’re getting pretty hungry after 40 km of riding with nowhere to find food. We stopped and raided the last of our supplies in a turn off to keep us going. We could see as village on the horizon, but it was still 25 km off.
We reached this village, a place called Aqda and gobbled down a late lunch. We then rode around the village a bit looking for a shop. The place was surprisingly nice, a traditional sort of mud-plaster building settlement of the desert that had been recently renovated. Everything seemed to be closed now at three o’clock, but we found a small shop at last.

cycling into Aqda in search of ice cream 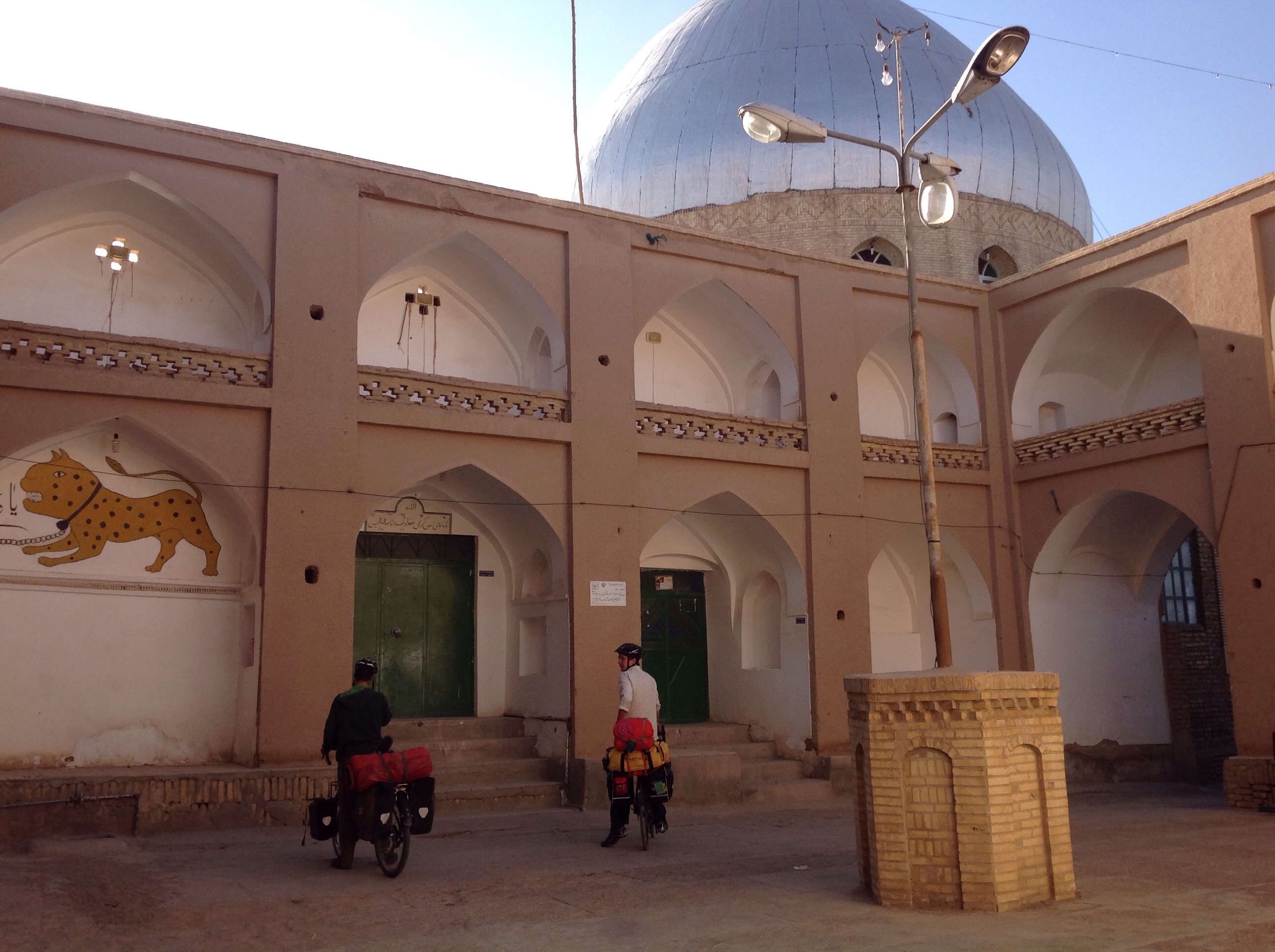 at the mosque, still no ice cream

From then on the ride to Ardakan was a lot less desolate. And, joy of joys the wind shifted to a tailwind so we flew along the rest of the desert road for another 20 km and by half five found a suitable camp spot just outside Ardakan. Riding in the desert’s easy, I do it all the time.