Isfahan is Irans biggest tourist attraction, and for good reason too. It has probably the best example of Iranian architecture of any city and the Naqsh-e Jahan Imam square is absolutely breathtaking.
We had a Warmshowers host but we couldn’t get in contact with on the first night and wound up staying at the hostel we just happened to pull up next to. The next morning we went looking at the sights and also to pick up some clothes for Richie who had lost some of the stuff out of his bag at the airport.
So we went out to the square and then the bazaar. The square is the main attraction of Isfahan and the first time you see it, it’s really quite amazing. The square is lined with many shops and two mosques and finally the Shahs palace.

The palace was under construction at the time, but we went and saw the mosques. In one of the mosques a school group of guys maybe 16 led by a bunch of mullahs showed up. Our presence was much more exciting to them than the mosque and the ran over and started talking to us before the mullahs herded them back over. 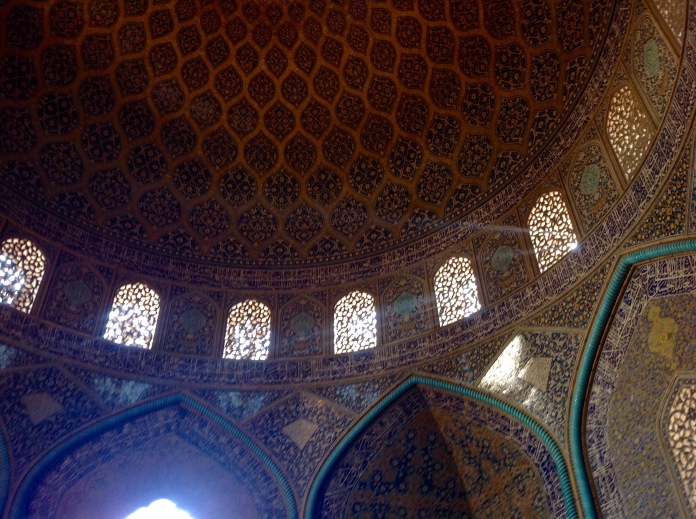 We wandered around the bazaar for a while thereafter. On top of stuff to wear for Richie we also wanted to see if we could find Kurdish trousers for ourselves which a big and loose with a tights ankle and make for a perfect camp trouser.
Finally we visited the Jameh mosque, a very impressive mosque described as a ‘museum of Islamic architecture’. The mosque has been added to over 800 years of Irans history so there was really a lot to see. Here we met an old guy who started talking to us and then provided an impromptu tour of the place and after took us to a shrine nearby. 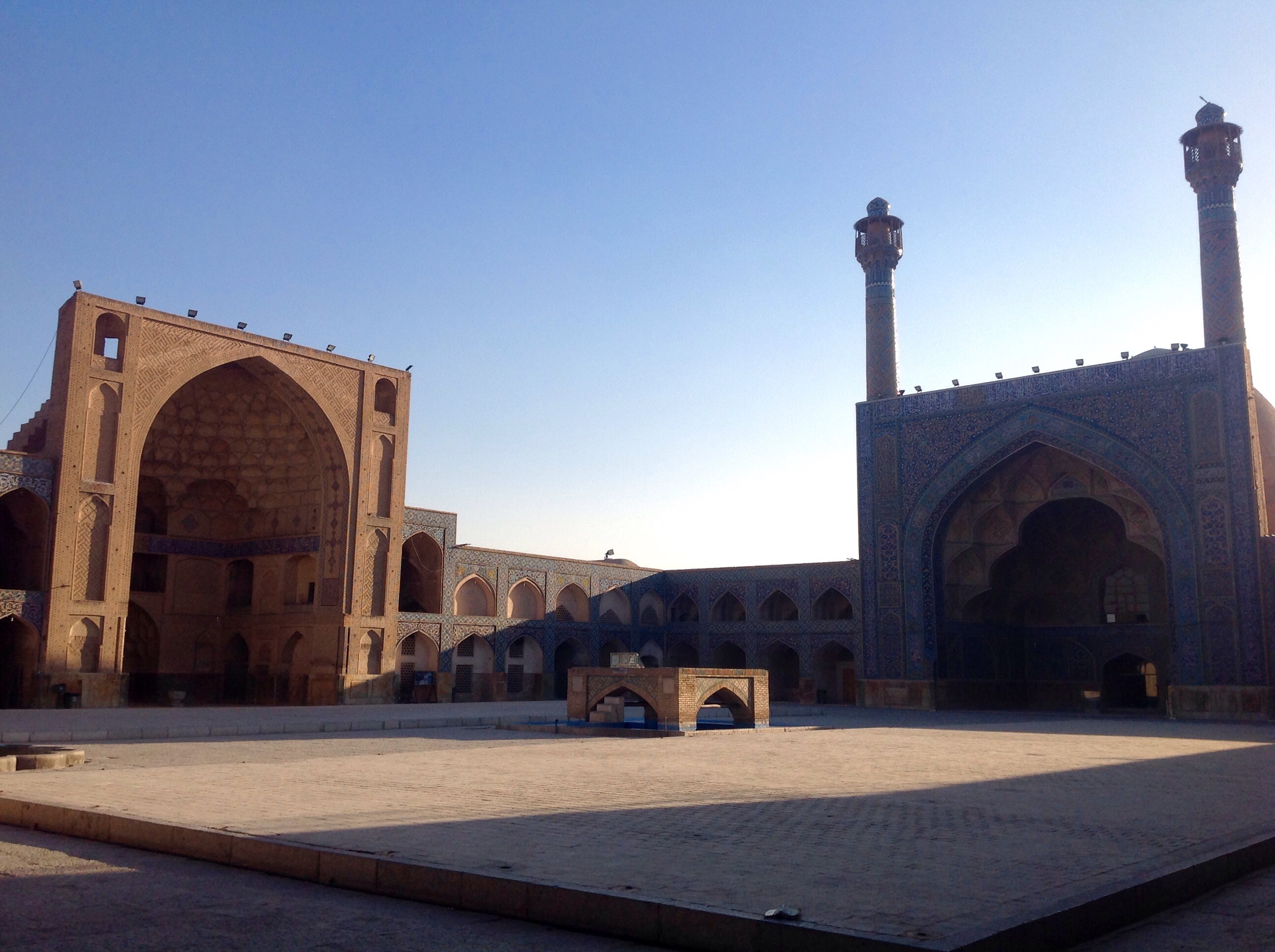 the Jameh mosque courtyard, Safavid archetcture on the left and IlKhanid on the right 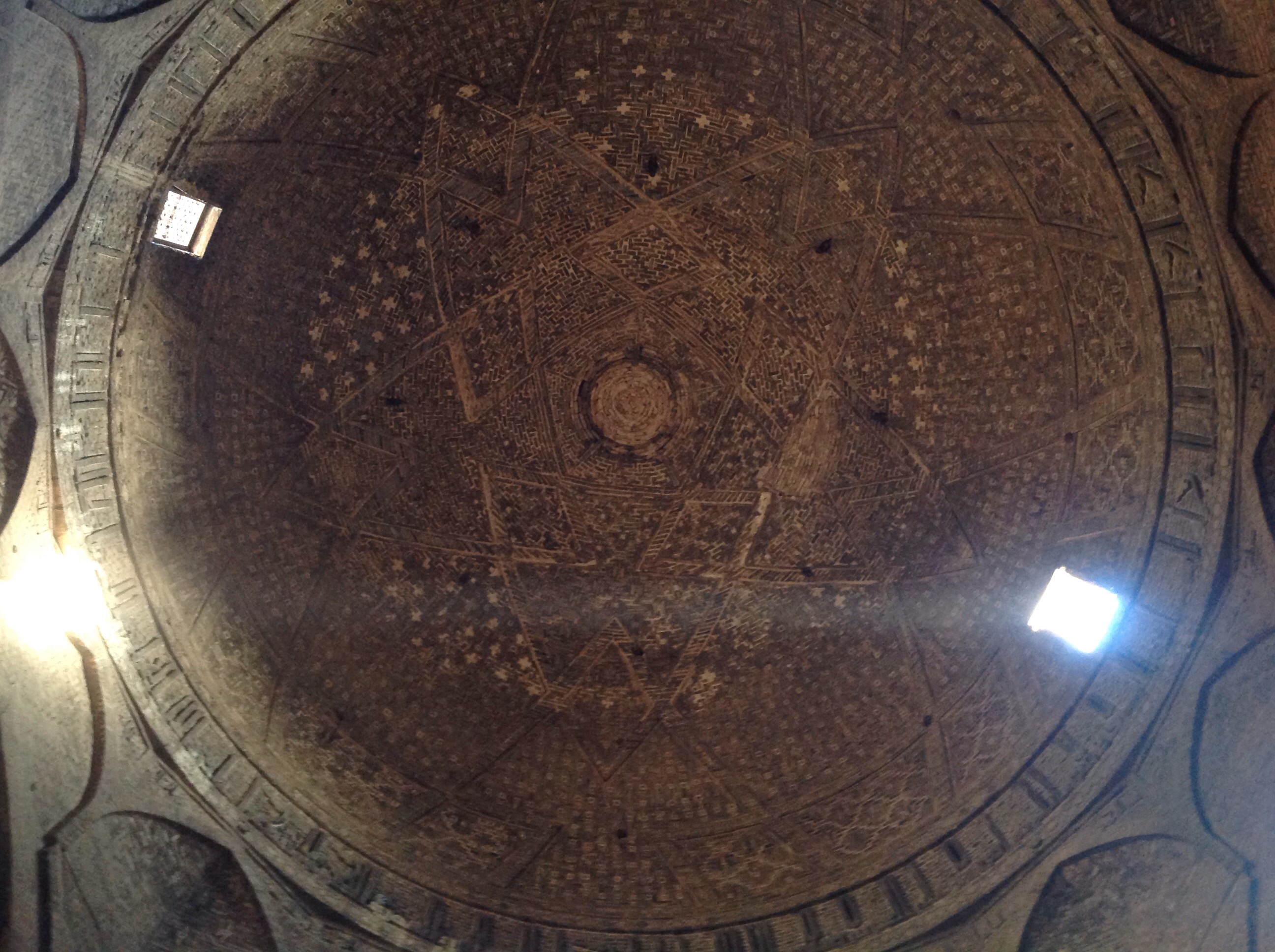 Isfahan is also famous for its bridges but we didn’t see these on our first visit. The next day we went to the post office to send off some stuff back home. At the post office we ran into Shahid, a Isfahan guy with great English who was extremely pleased to meet us. He talked for a while with us while we tried to get our post sent and then invited us back to his home for dinner.
We hung out at Shahids home with his equally friendly mother and brother, talking about our counties and Iran and their story. When Shahid was a kid they had fled from Iran when the revolution started to Kuwait. Of course not long after that they had to flee from Kuwait back to Iran.

Stories like these are pretty common in Iran, we met a guy in Tehran whose family had fled to Sweden and had returned 20 years later.
When it was time for the night bus to Shiraz Shahid and his brother drove us to the station and saw us off on the correct bus.

One thought on “Isfahan”