We really wanted to see Shiraz, or more specifically the ruins of the ancient Persian capital Persepolis. We unfortunately couldn’t cycle ther, the city was 500 km South if Isfahan, too far out of the way to cycle. We only had about two weeks left on our visas and needed to make it to Pakistan with that time. So we did a bit of condensed sight seeing by taking the night bus to Shiraz.
The first day there we wandered the city, at delicious Iranian ‘bastani’ ice cream, a sort chewy rose water flavoured ice cream. We also visited the Persian gardens there, but they were mostly under construction so missed out on a lot of it. We ended being asked to take a lot of photos with the bands of school girls that roamed the park and the young boys that skulked around throwing sticks at eachother. 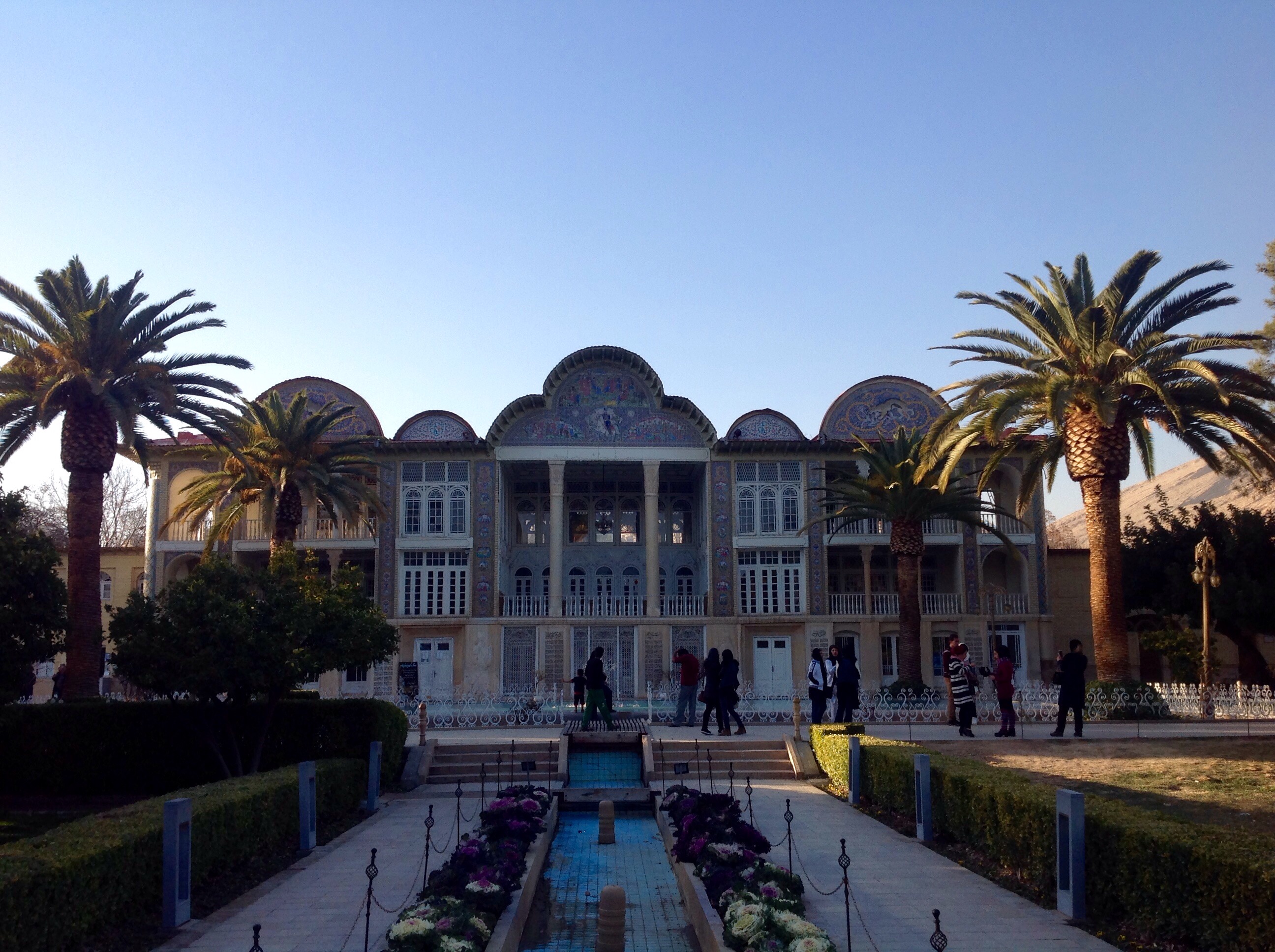 at the Persian garden in Shiraz

Visiting the castle of Shiraz a friendly Iraqi paid for our entry tickets. When we asked what his job was he responded ‘I work at the border importing into Iraq.’ Importing what? ‘oh, lots of things…’ 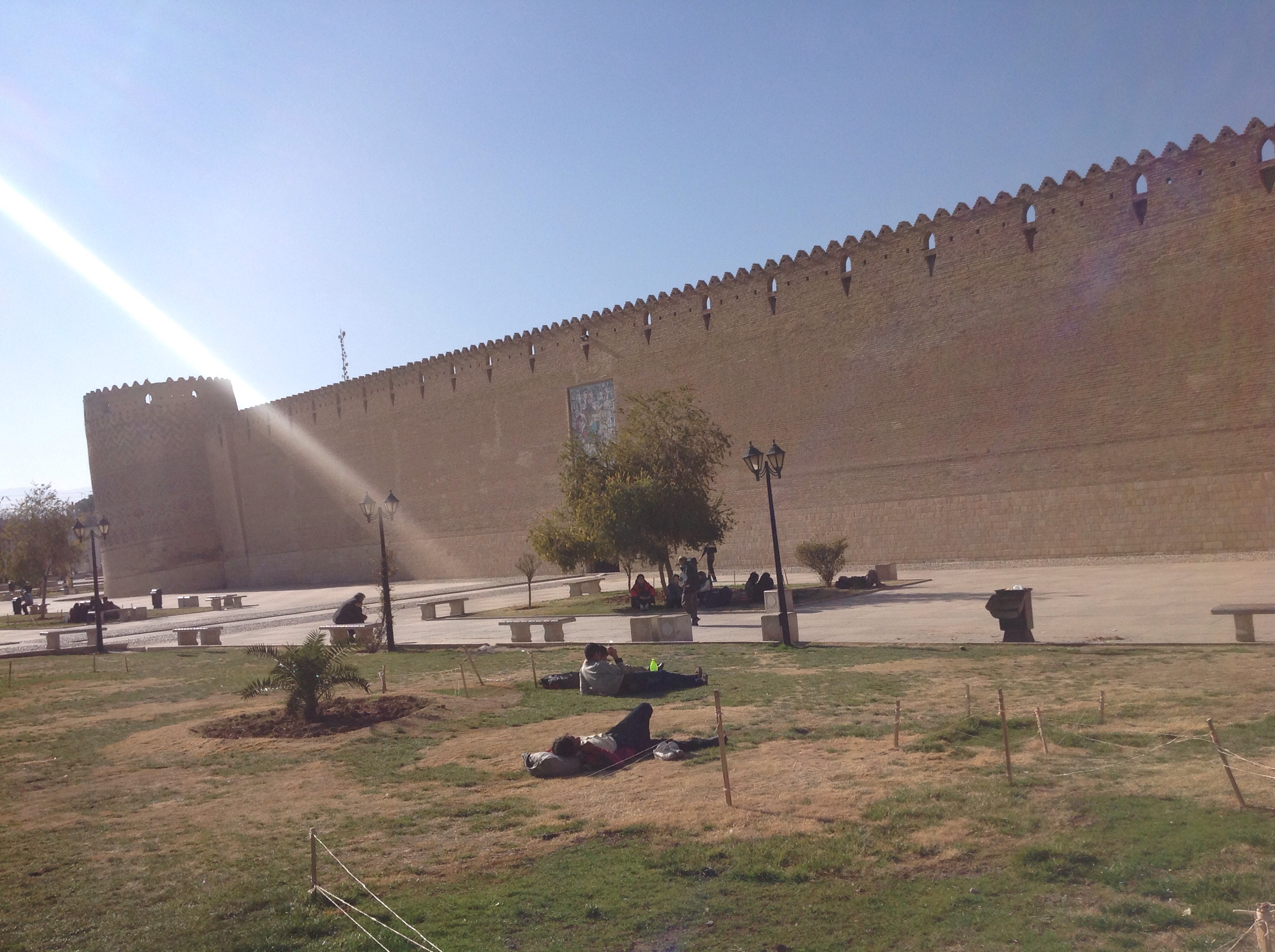 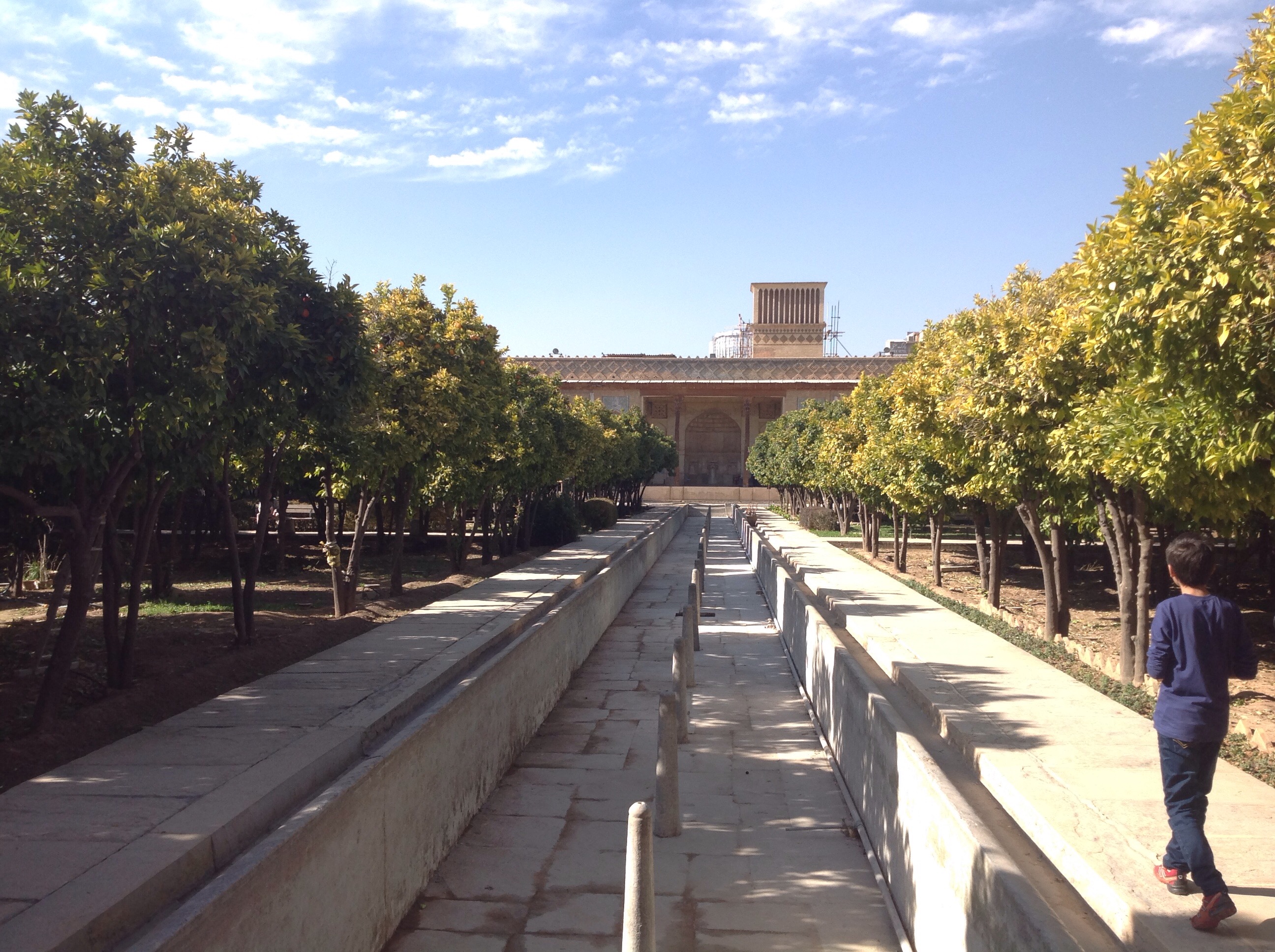 inside the castle, the water channels were all dry. note the huge badgir in the background

Persepolos is pretty far out of the city so you need to get a taxi or something out to visit it. We decided to splash out on a tour to the ancient capital and surrounding tombs, make a day of it. Visiting Persepolis was really amazing, we don’t really learn a whole lot about the Persians in our classical history, mostly that they were the bad guys that fought the Greeks.
Persepolis is decently preserved in some areas and is a great sightseeing trip, you get a load of context for the Persian empire and culture just by wandering around there. It was constructed and added to by many generations of the Achemenid dynasty so the buildings there span a 200 year timeframe. Our tour guide was OK, but his heart didn’t seem all that into it. 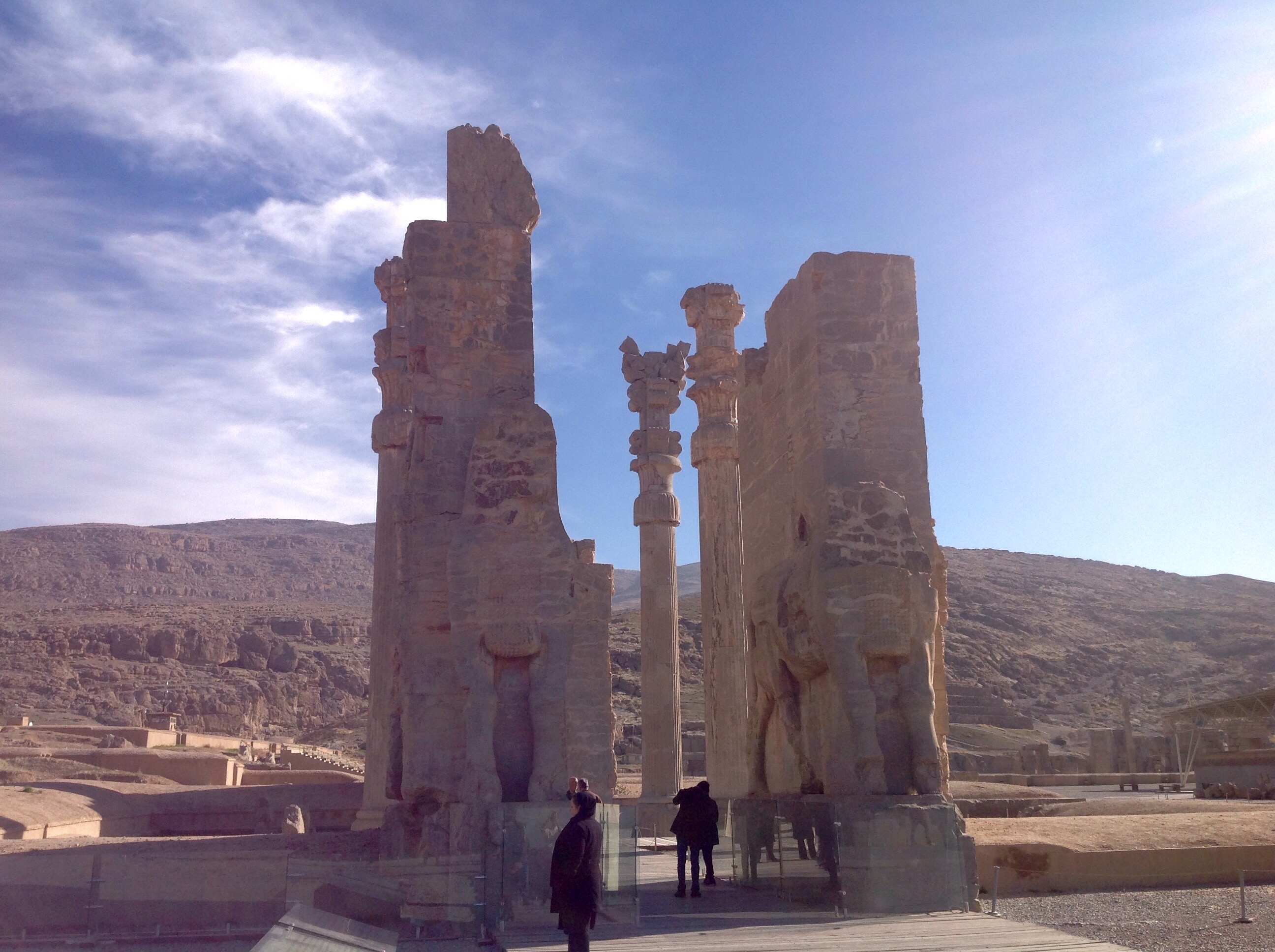 Xerxes Gate/ Gate of All Nations 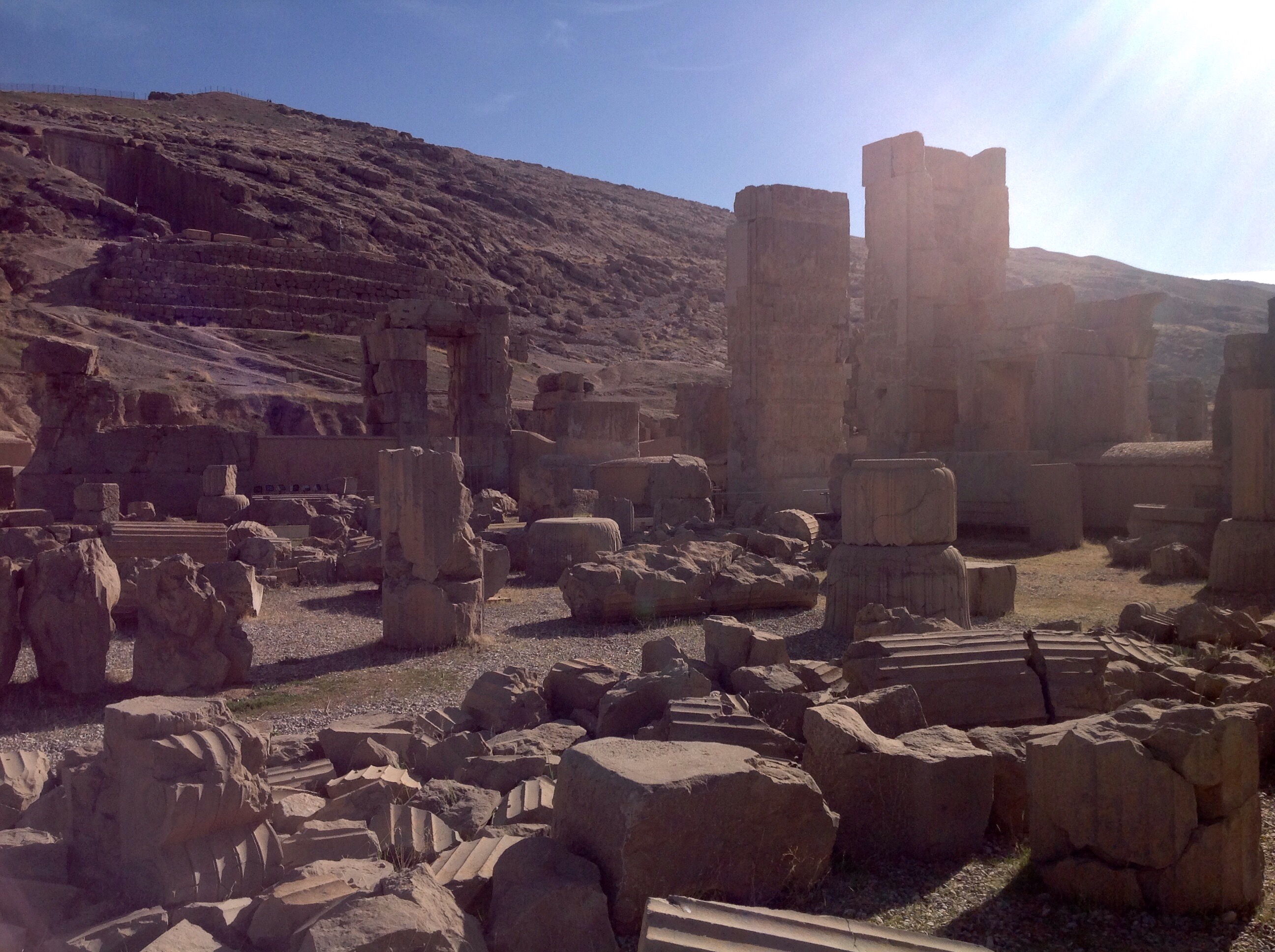 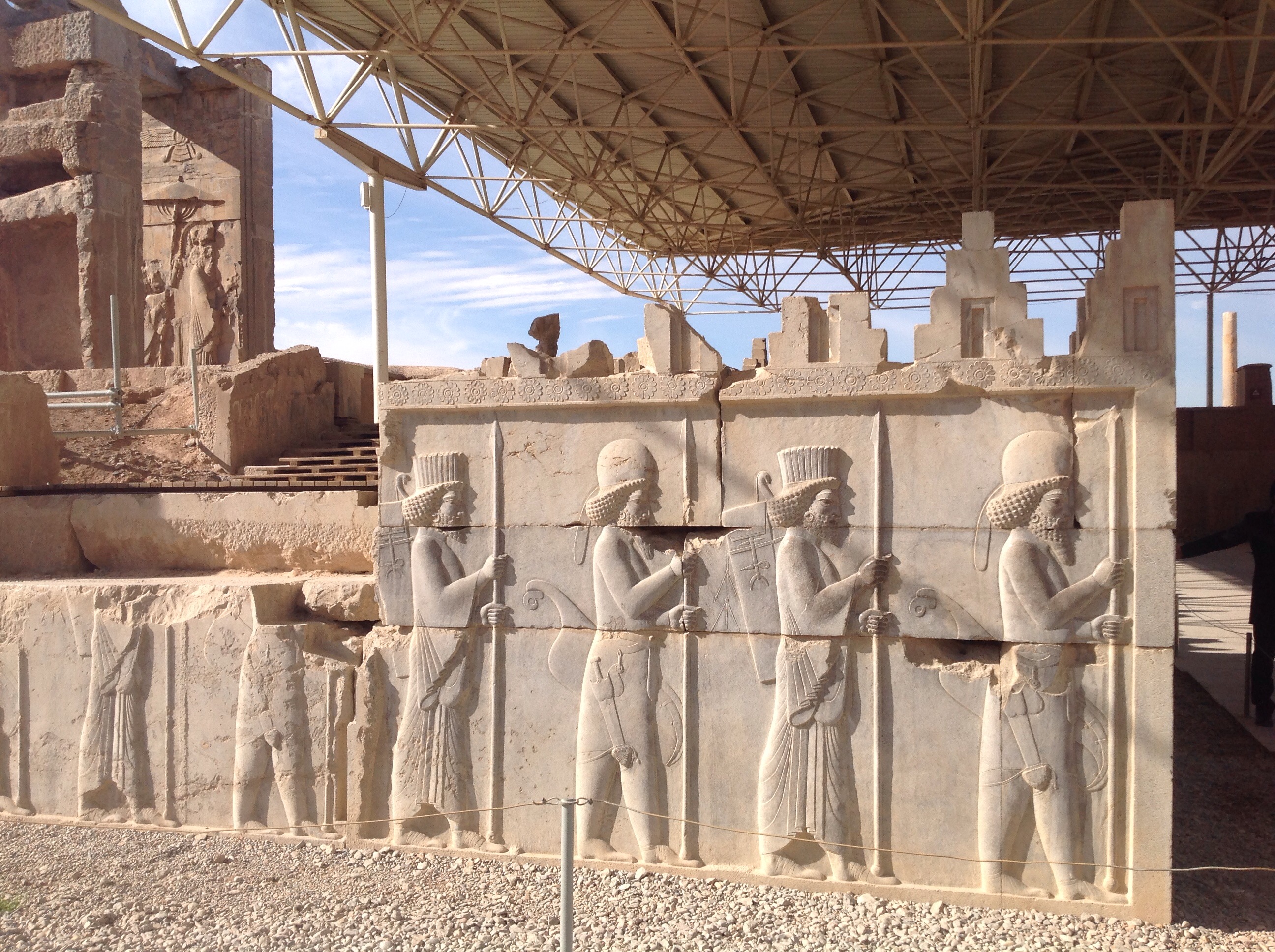 relief carving in the wall of Apadana Palace 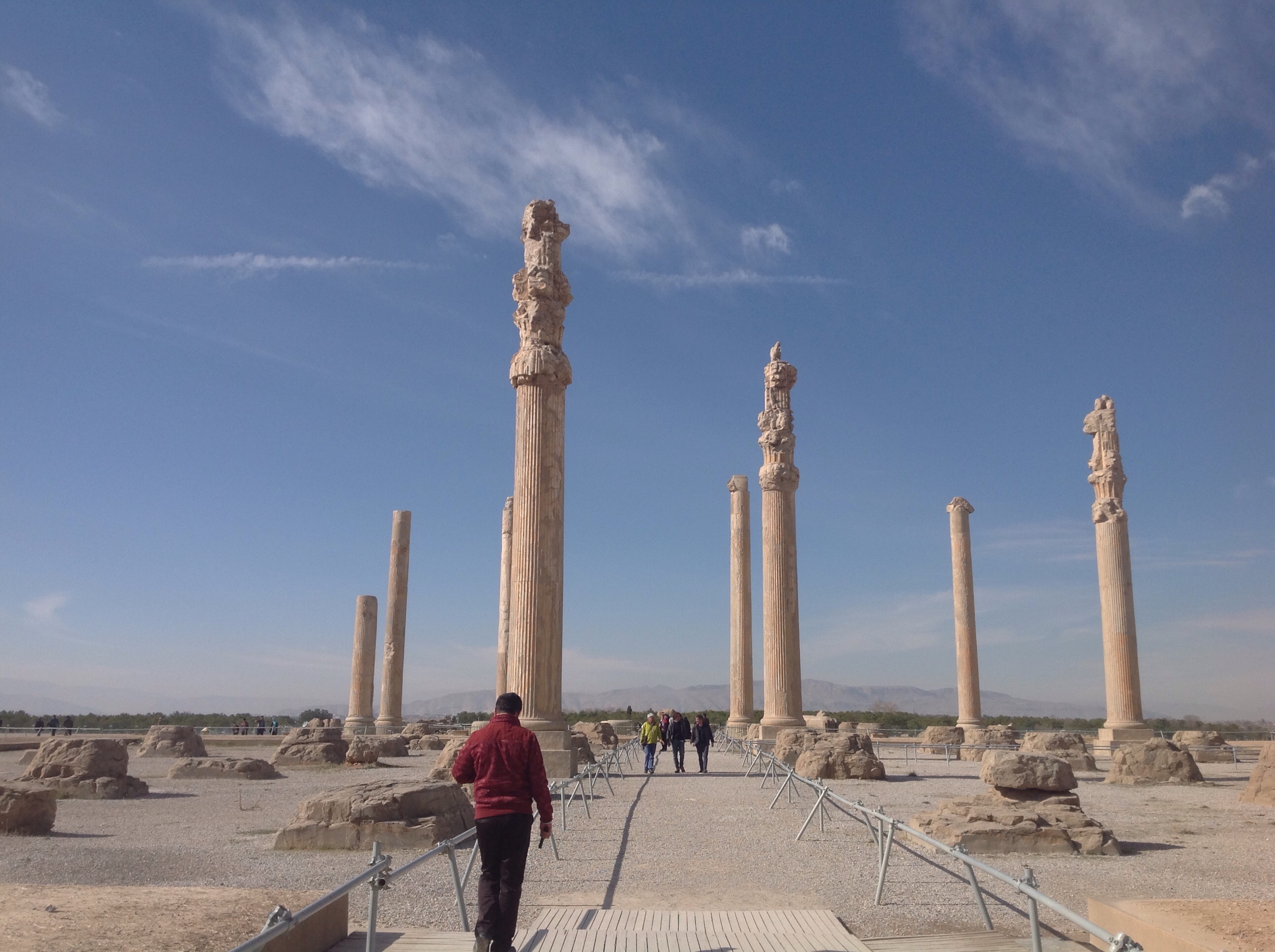 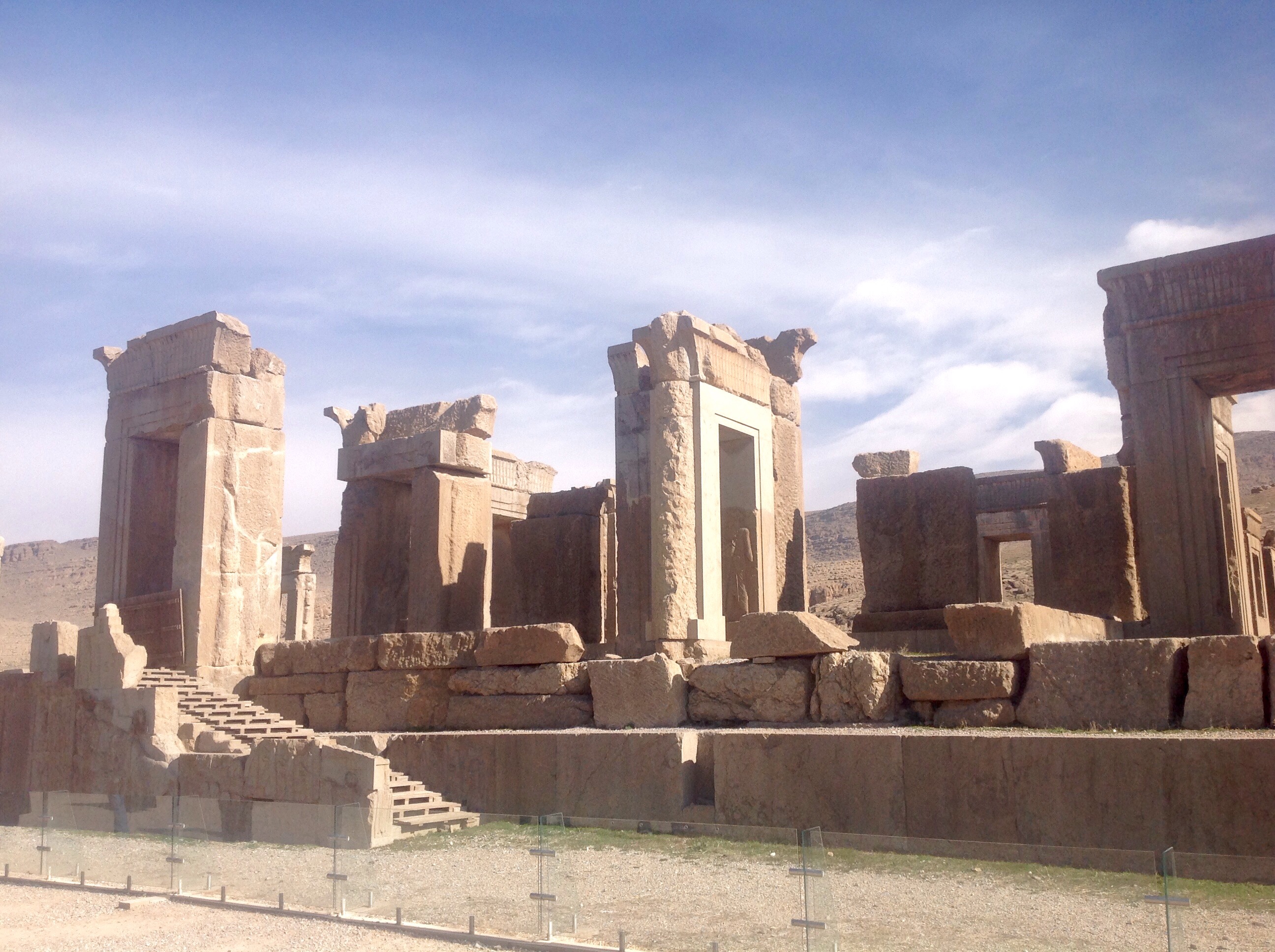 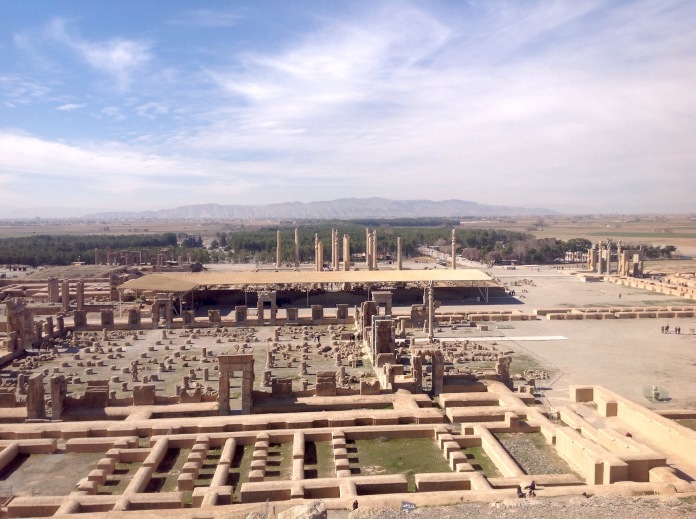 We also visited the surrounding tombs, the highlight being the tomb of Cyrus the Great at Parsegrad – the founder of the Persian Empire. 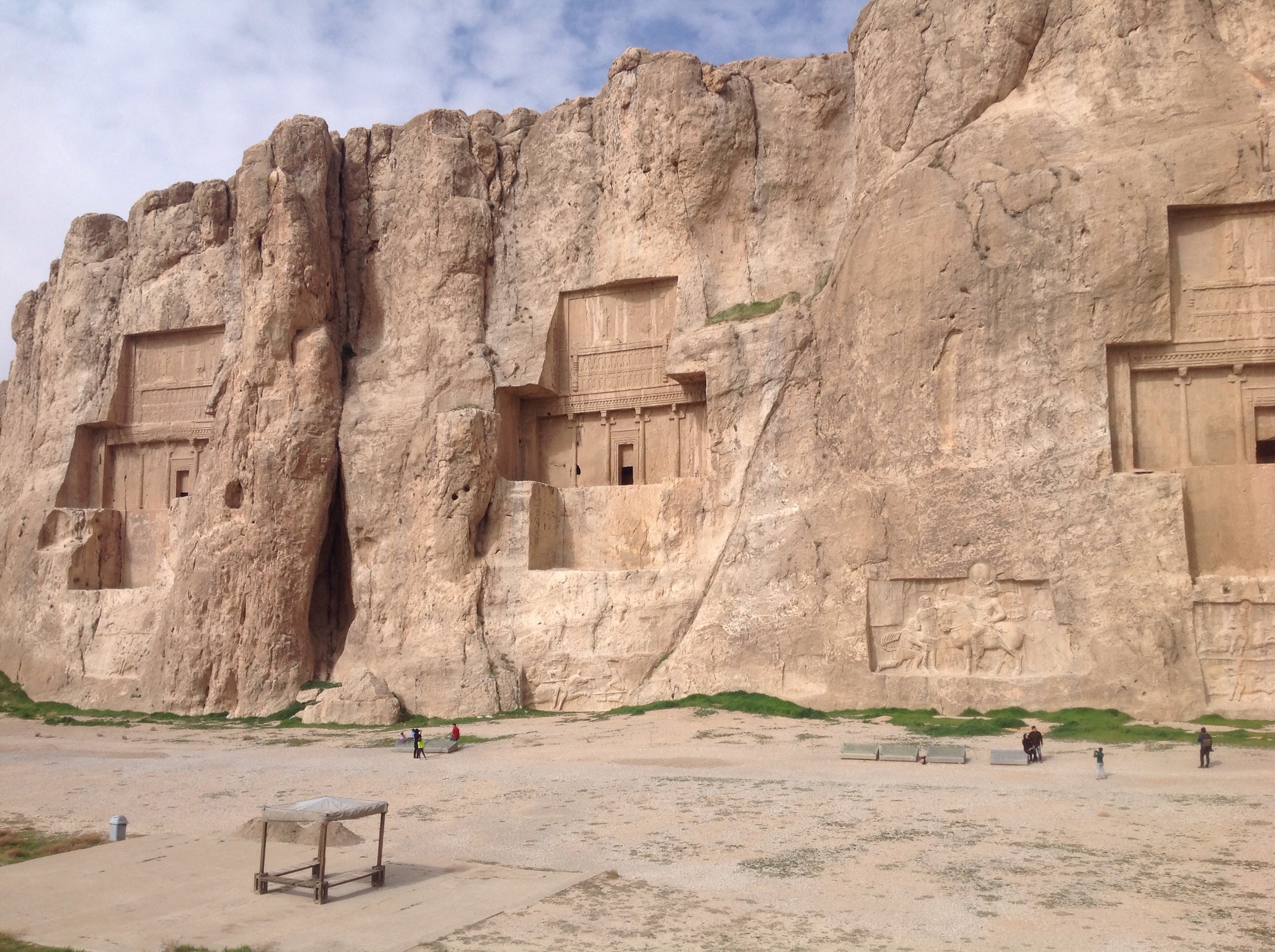 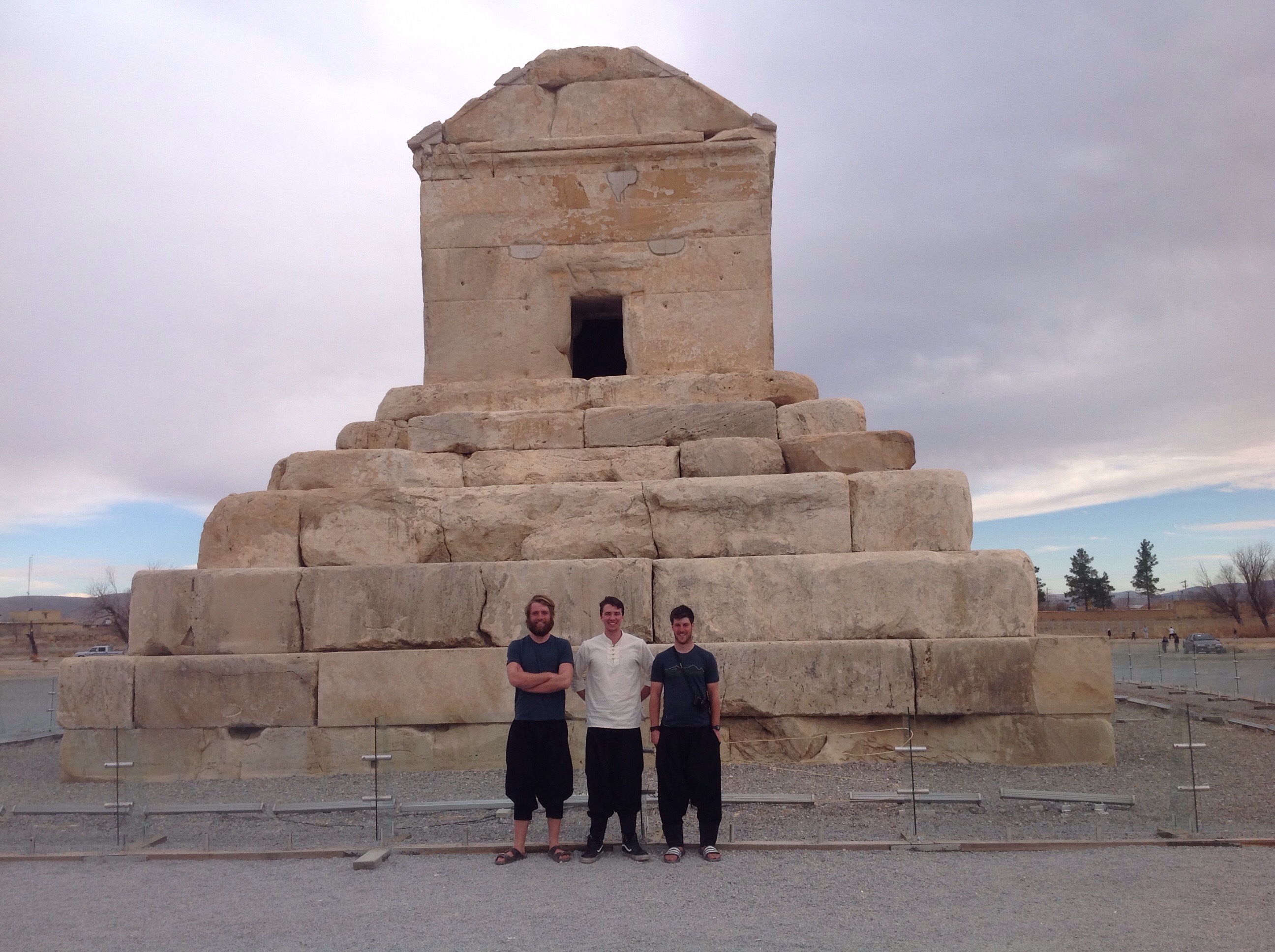 Tomb of Cyrus the Great

Back in Shiraz we were taking another night bus back to Isfahan so we could start cycling immediately the next day.