Mustafa returned in the morning with some bread and had breakfast with us before seeing us off. We were only maybe 30 or so kilometres from Kashan so we could ride in this morning and spend most of the day there.

the morning mist hanging over the road

Mosque under construction near Mobarak Abad

A pleasant, generally downhill cycle in the cool of the morning followed to Kashan. Kashan is a relatively small city and so it was pretty easy to get into the city center compared to the likes of Tabriz and Tehran. We found Kashan to be very much to our liking, with tree lined streets and friendly people.

We tried to get a net connection for a while so we could get in touch with hosts we had messaged and see if they could put us up. It being Friday though meant that there wasn’t much open, and all the coffeenets were closed. Some computer repair shop was open and we were able to use their wifi though in the end. Unfortunately no one was available, but our guidebook recommended a nice old style guesthouse.
It was nearby and was very nice, a traditional style house with a central courtyard and the surrounding rooms a little bit under the ground which kept them nice and cool. We were only staying a night but had we more time I’d say I could easily spend a lot of time there. 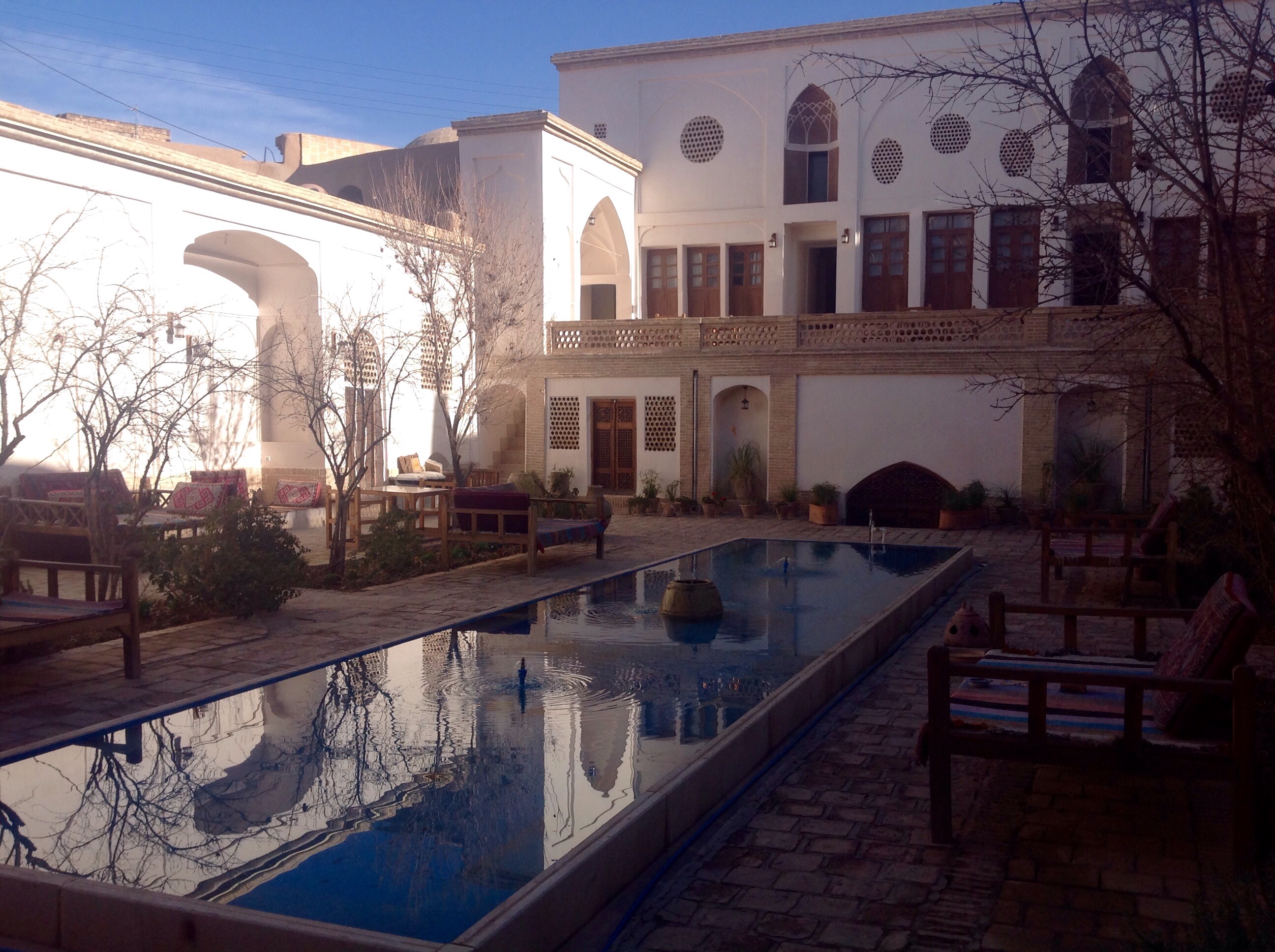 Looking over the guesthouse courtyard

view of Kashan from the roof, on the left is a ‘badgir’ a tower that funnels wind down into the home for desert air conditioning

That evening we went out to look at some sights, there were old Persian houses (from the 18th century, not ancient Persia) that had been restored and we were hoping to look at a few of them. We got to one and found the entrance fee a bit expensive so only looked at one in the end. 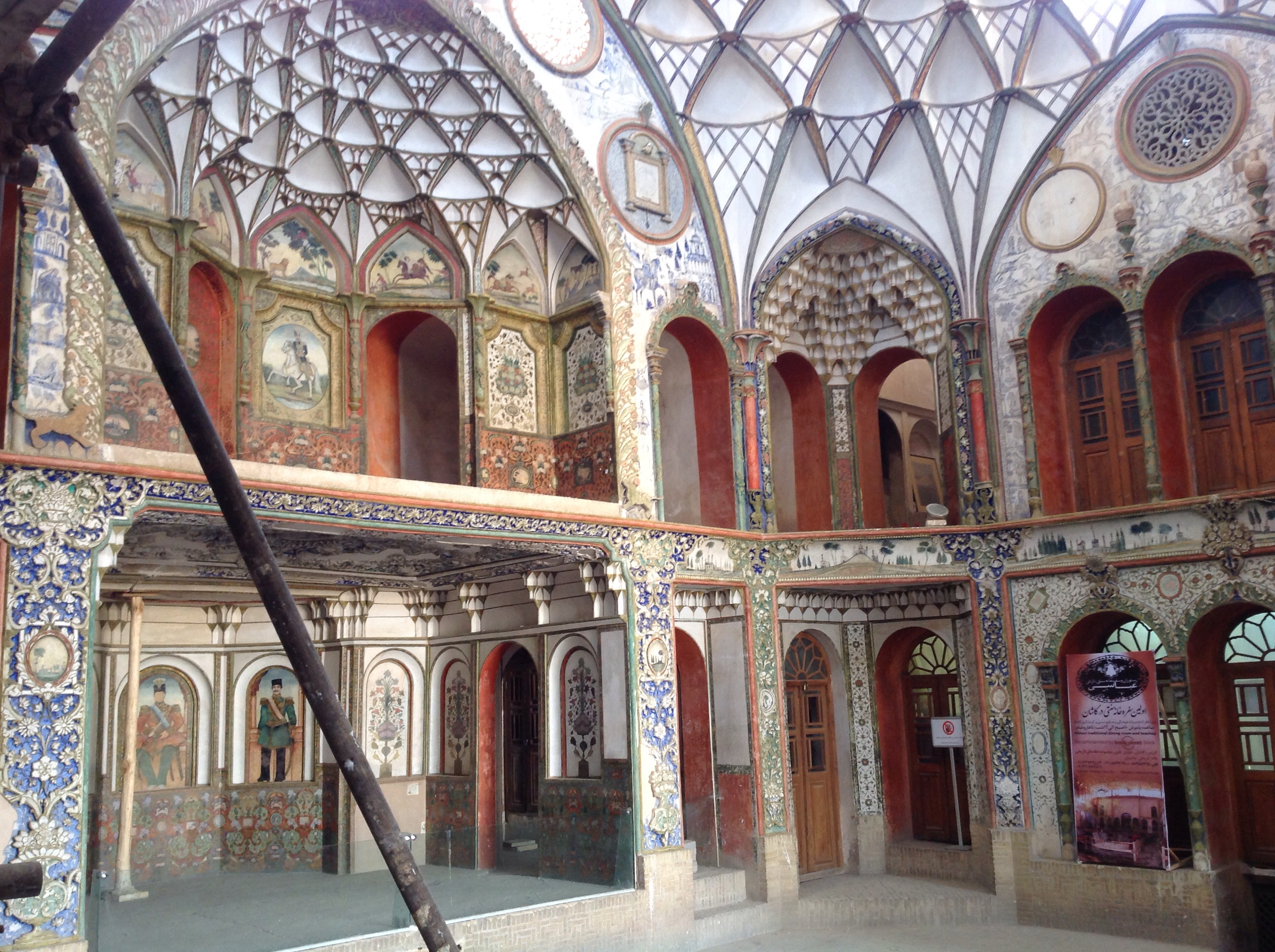 courtyard of that same house

While looking for somewhere for dinner we came across a guy from Afghanistan who was looking to practice his English. He was an interesting dude, some of his family had left Afghanistan and others had stayed behind (he said he had 17! siblings). Like a lot of people we spoke to he wanted to go to Germany. He helped us find somewhere to eat, given that on Friday everywhere is closed.
Went back to the guesthouse and crashed pretty soon after.