We were a half days ride to Amasya from where stopped yesterday and though it was mostly downhill the ride was not without incident. About three quarters of the way to the town my rear tyre wall ripped a small bit. It hadn’t ripped all the way through so a quick stop and patch up did the job so we could keep going and would probably last until we got to Samsun where the tyre could be replaced. 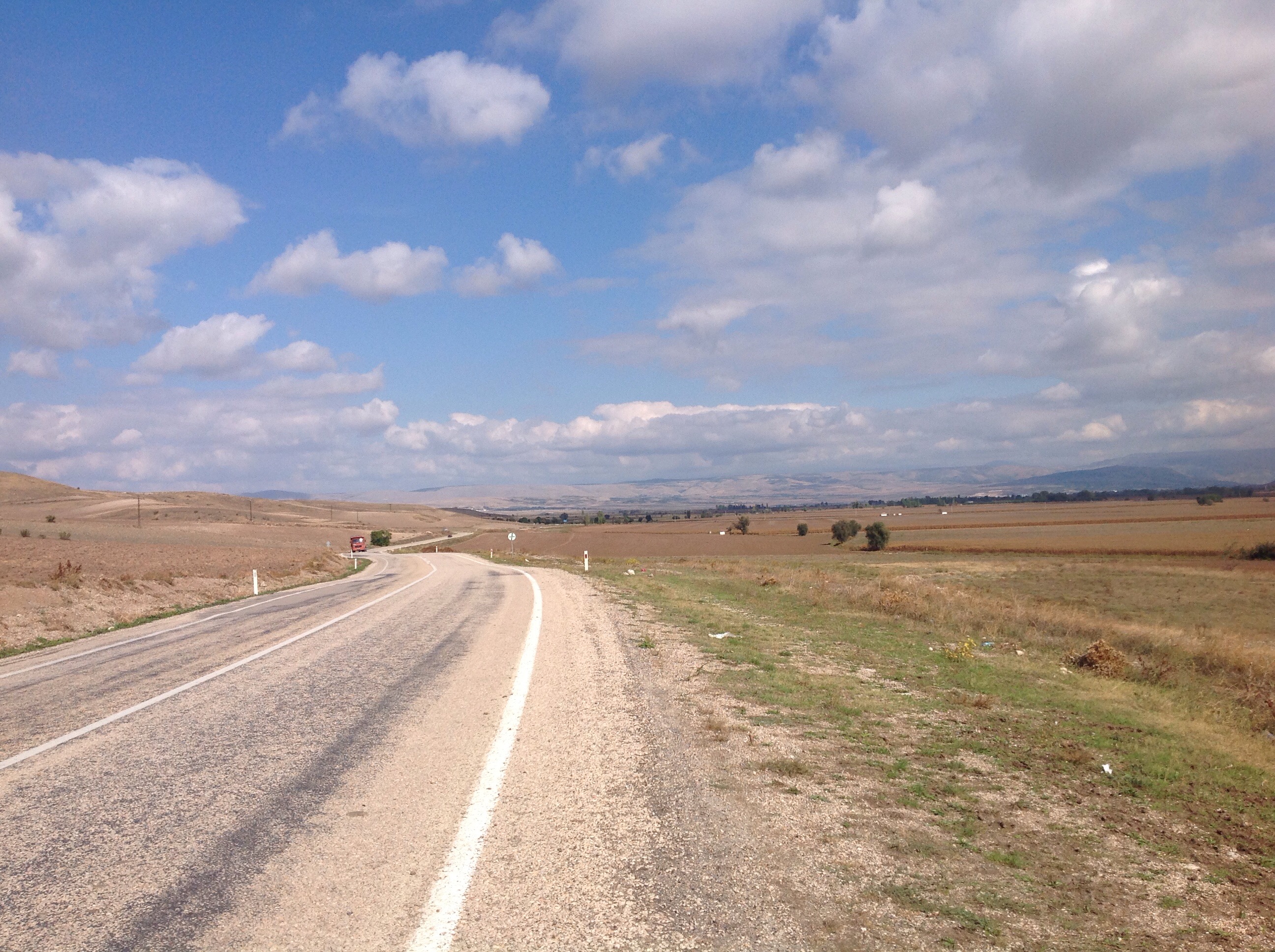 Amasya is an old town in a deep river valley. Houses dating back to the Ottoman Empire line one side of the the river, and behind them a sheer rock face with ancient tombs of the the Pontic kings carved into them. On the other side of the river the incline is a bit more gentle and the modern town spawns out from the bank. 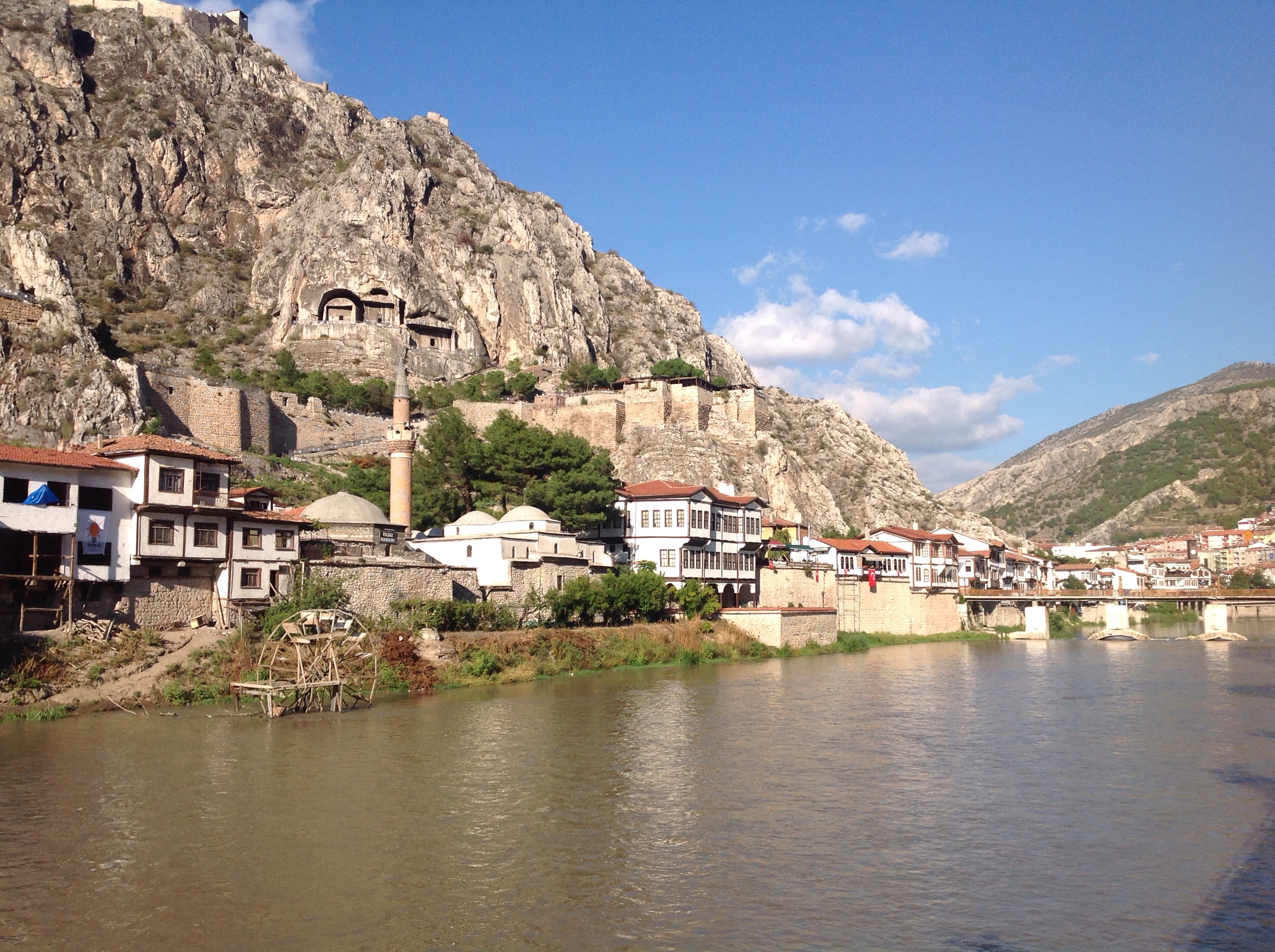 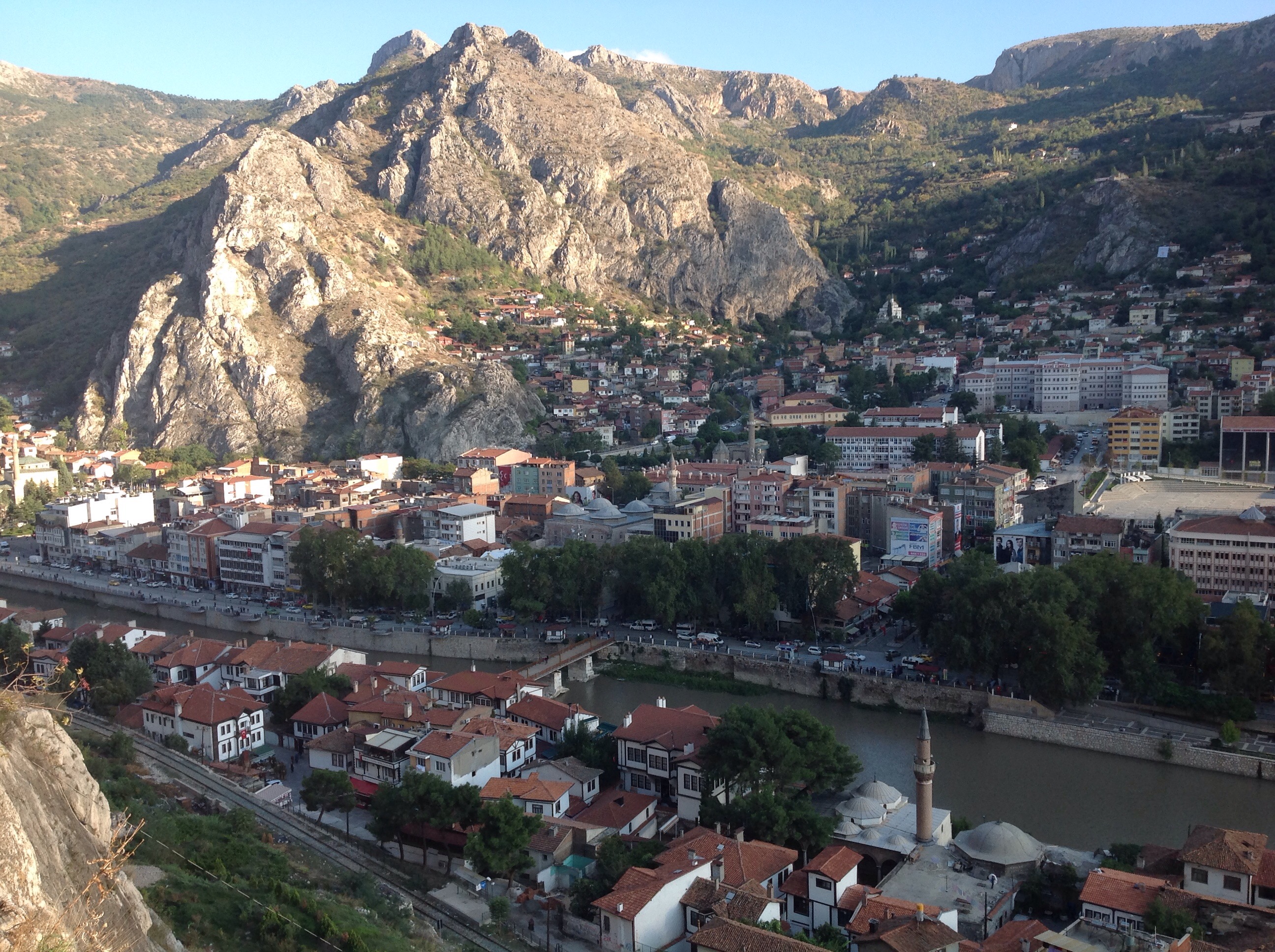 It was nice to have a half day, we arrived a bit later than planned due to the incident in the way, but we still had plenty of time. We saw the tombs, decided we didn’t feel like waking all the way up to the castle and then decided to go to the Hammam (Turkish bath). This one was a lot more down to earth than the opulence of the place we visited in Istanbul but it was still situated in a restored Ottoman building.
After the Hammam (which we needed, hadn’t showered since leaving Avanos) we went to get s snack, some baklava. While buying it at the shop another patron stated chatting to us and ended up buying us some tubs of Turkish ice cream as an impromptu gift!
We had a great half day in Amasya and in the evening we rode out of town for a couple of kilometres until we came to a gas station where we could set up. As always we were offered çay and, after retrieving my shoe from the station dog, set up our Bivvys and went to sleep. 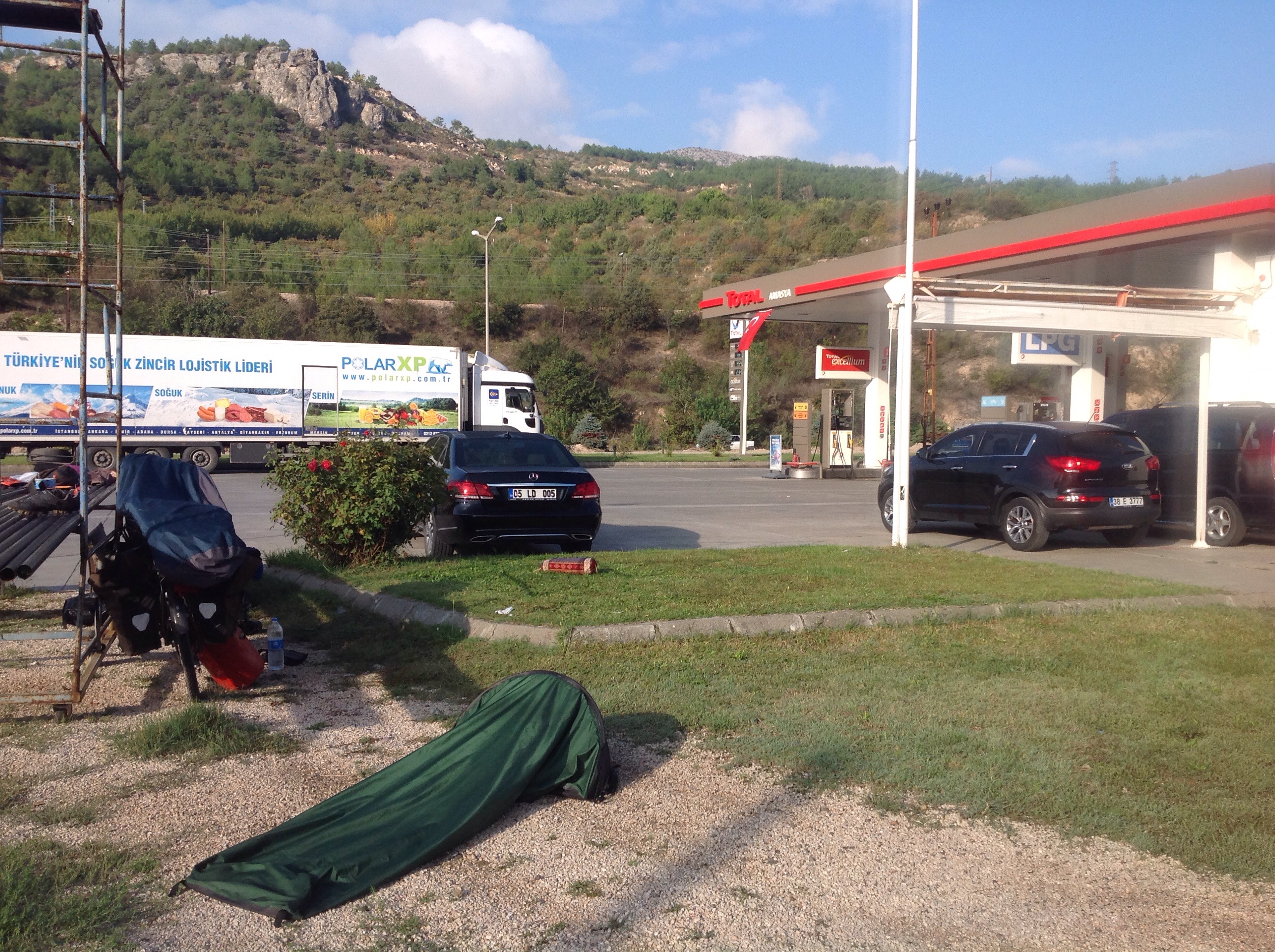