The half day of riding and hammam yesterday did us well and we woke up feeling refreshed. Today we were going to follow our usual practice of riding to about 30km outside of the city we intended to stay in, Samsun this time, so that in the morning we could easily roll in and have a full day there.

We were back in main roads full time now. We appreciate them much more after the ride over the steppe, and made great time riding on lovely sealed Tarmac with even inclines and a real treat: tunnels! Just before we pulled into the town of Kavak for lunch the road punched through the mountain terrain with nit one but three short tunnels to keep the route flat.

Kavak is a busy town with a bustling Center square around the mosque where we parked out bikes. We went and had some lunch in one of the eateries that fronted the square and then went looking for an establishment with wifi to check Couchsurfing for hosts in Samsun. While wandering around we were invited to join some guys for çay, but didn’t stay with them too king as, although they were friendly, they weren’t too interested in carrying on a conversation with hand gestures. The place we found in the end we wound up talking with one of the cooks for a bit, a really amicable guy with a smattering of English and google translate on his phone. As we left he ran out of the shop to add us in Facebook and take a photo.
Outside of Kavak the road settled into a long and steady climb and was leading, a but worryingly, right into a big front of clouds. There wasn’t any rain, but it sure looked set to start bucketing at any moment. The landscape now was hilly and green, a little bit like Ireland actually, except for the mountains on the horizon and minarets dotted around. 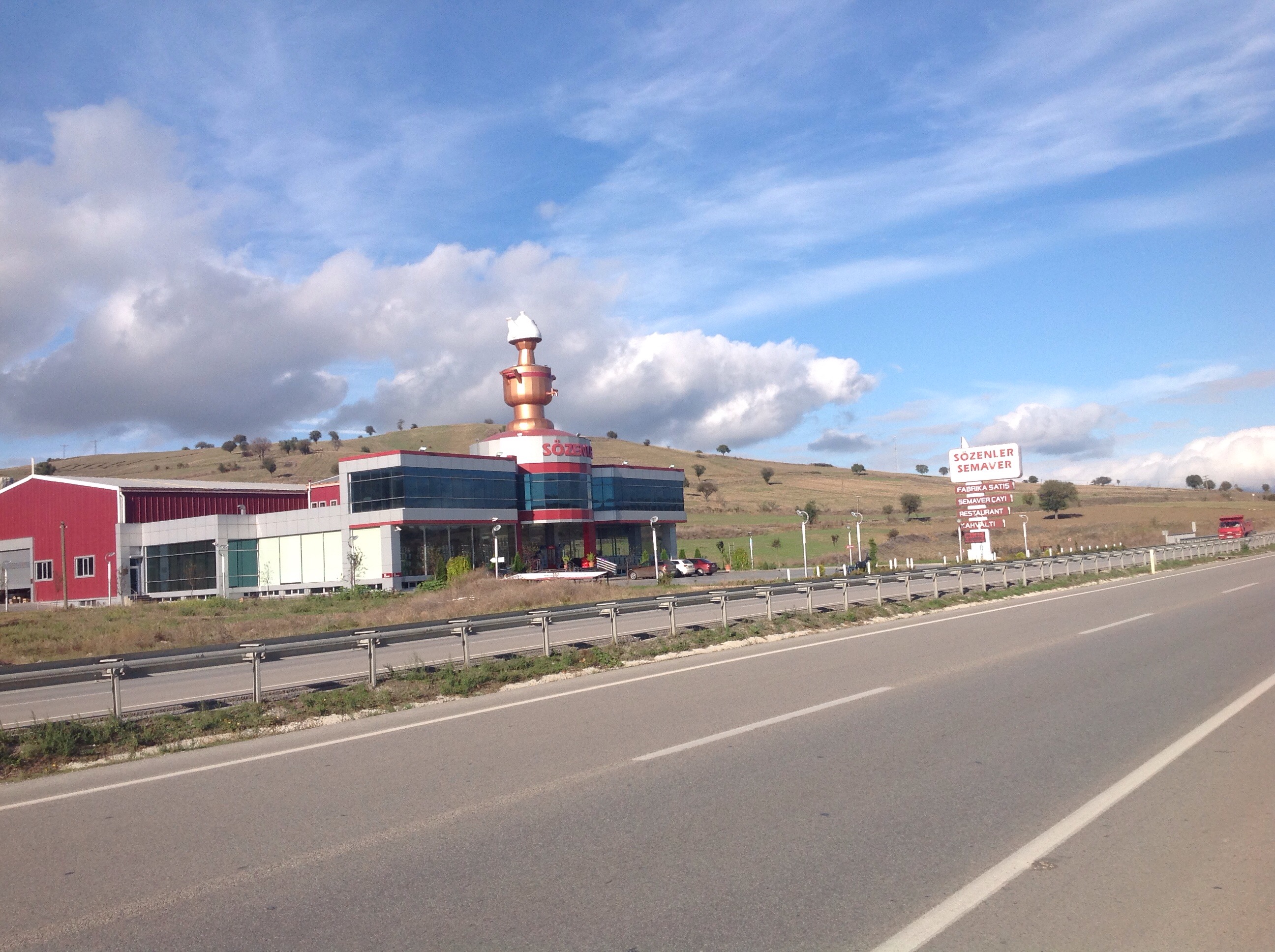 tea building by the road

We wound up riding into the evening and the dark, it wasn’t an issue with the road being really well lit but it did catch us off guard a bit, with winter coming on night has been setting in earlier and earlier. At the top of another climb we at last came across somewhere to camp, a BP petrol station, attached to the station was a restaurant with a grassy area behind it. The manager of the restaurant gave is the ok to camp around back. We decided to sleep under the small gazebo that punctuated the lot what with the misty rain that had started coming down.

sleeping under the sheltered picnic area

2 thoughts on “Day 67: Amasya to outside Samsun”