There was, according to our guidebook, a very nice historic river town a day and a halls ride away. We figured then that if we did a good day of cycling today we could reach this town (called Amasya) by lunchtime tomorrow and spend the rest of the day and evening there.
With this in mind we set off from Sorgun early, doubling back on ourselves a bit through The city to get on the right road of town, the the would lead to Eymir. This was again similar to what we had been riding over the last few days: undulating steppe. But this time, with one difference. After a long initial climb from the top we could see in front of us not the same sort of flat land continuing until the horizon but mountain peaks! We were reaching the end of the Anatolian Steppe. 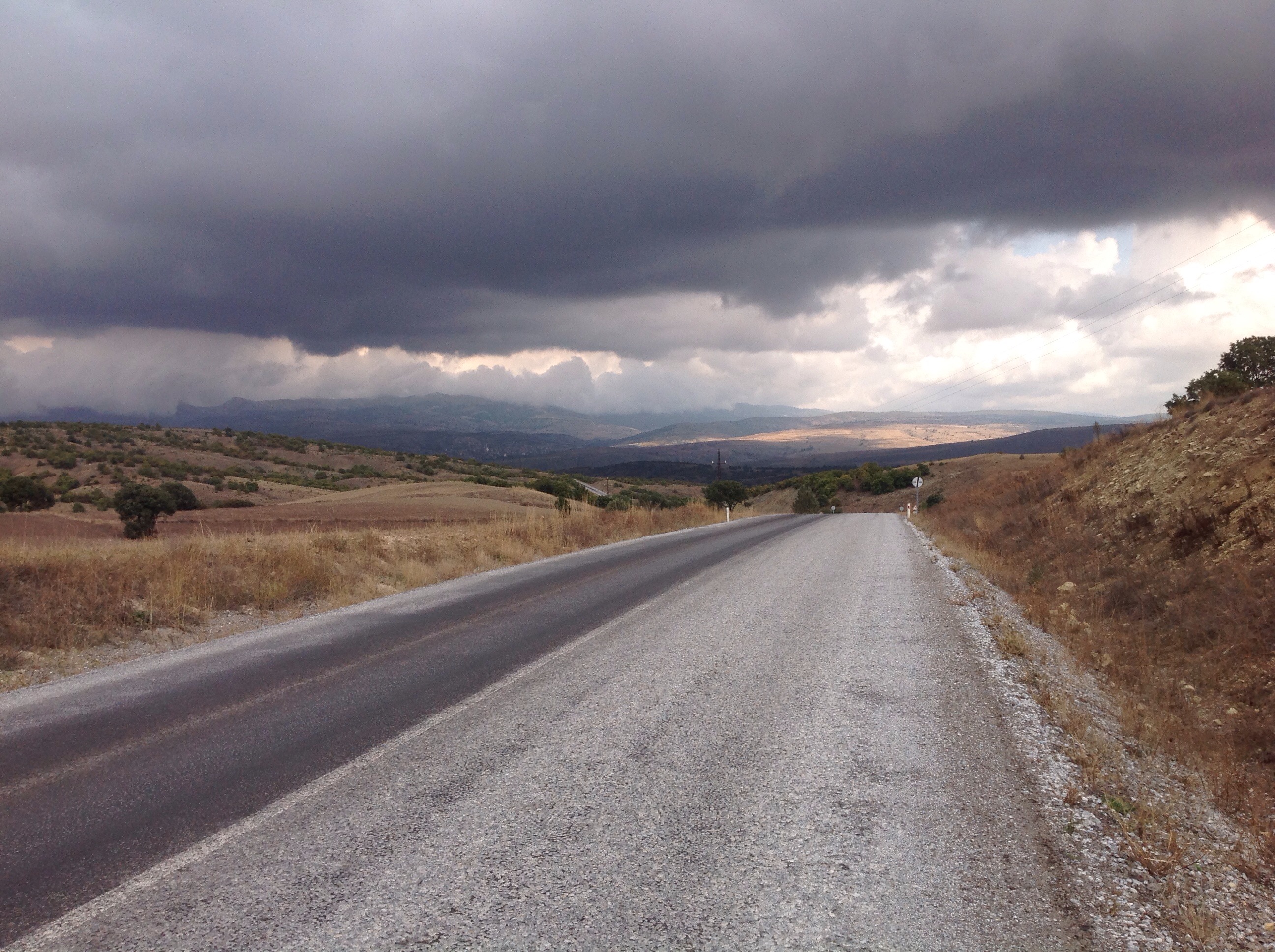 It was out of Eymir, a small town situated at the foot of the mountains the the climb over them began. We were expecting a long mountain pass the we would have to spend most of the afternoon climbing but we had forgotten one important thing: We were already 900m above sea level, these peaks we just the lip of the plateau in which the steppe rested. It was only a short (but steep) ride up to the top and then a lovely long and fast road down; off the peak, out of the plateau and into a town called Aydinik.

the long descent out of the steppe

It was lunchtime now and we were looking for somewhere to eat. We were stopped at a crossroads near the center to get our bearings and a car pulled up to us. A man poked his head out and said (in perfect English) “Do you need help?” We told him we’re just looking for somewhere to eat and he responded “you want something to eat? Follow me.” He took us to a nearby cafeteria that was packed out (good sign) order us some food and then, as soon as he had joined he said goodbye and was gone again.
The lunch was good (beef kebab with rice) and set us up well for the afternoon ride which was a bit more difficult than the morning. 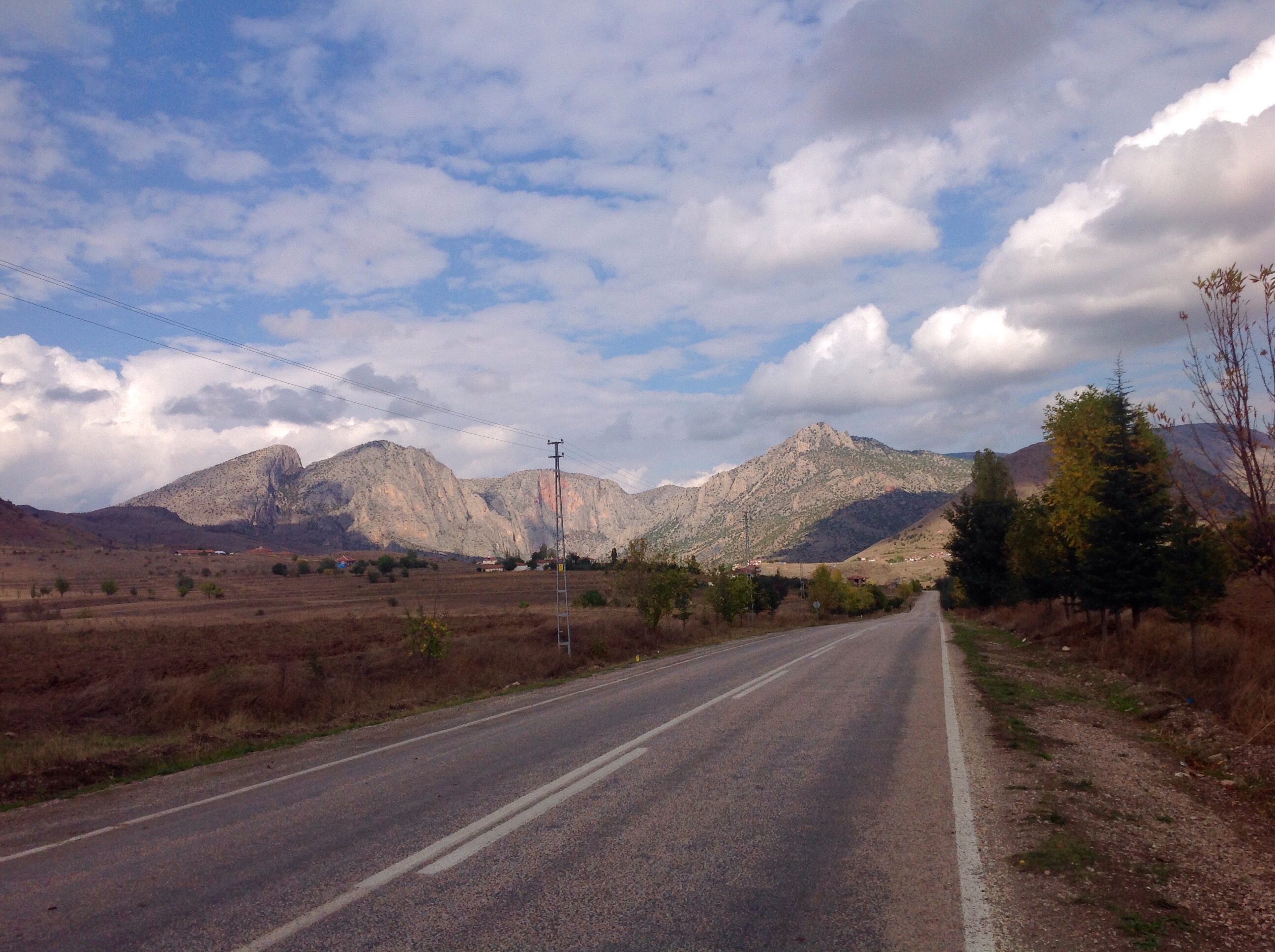 Finn having fun with one of the numerous stray dogs 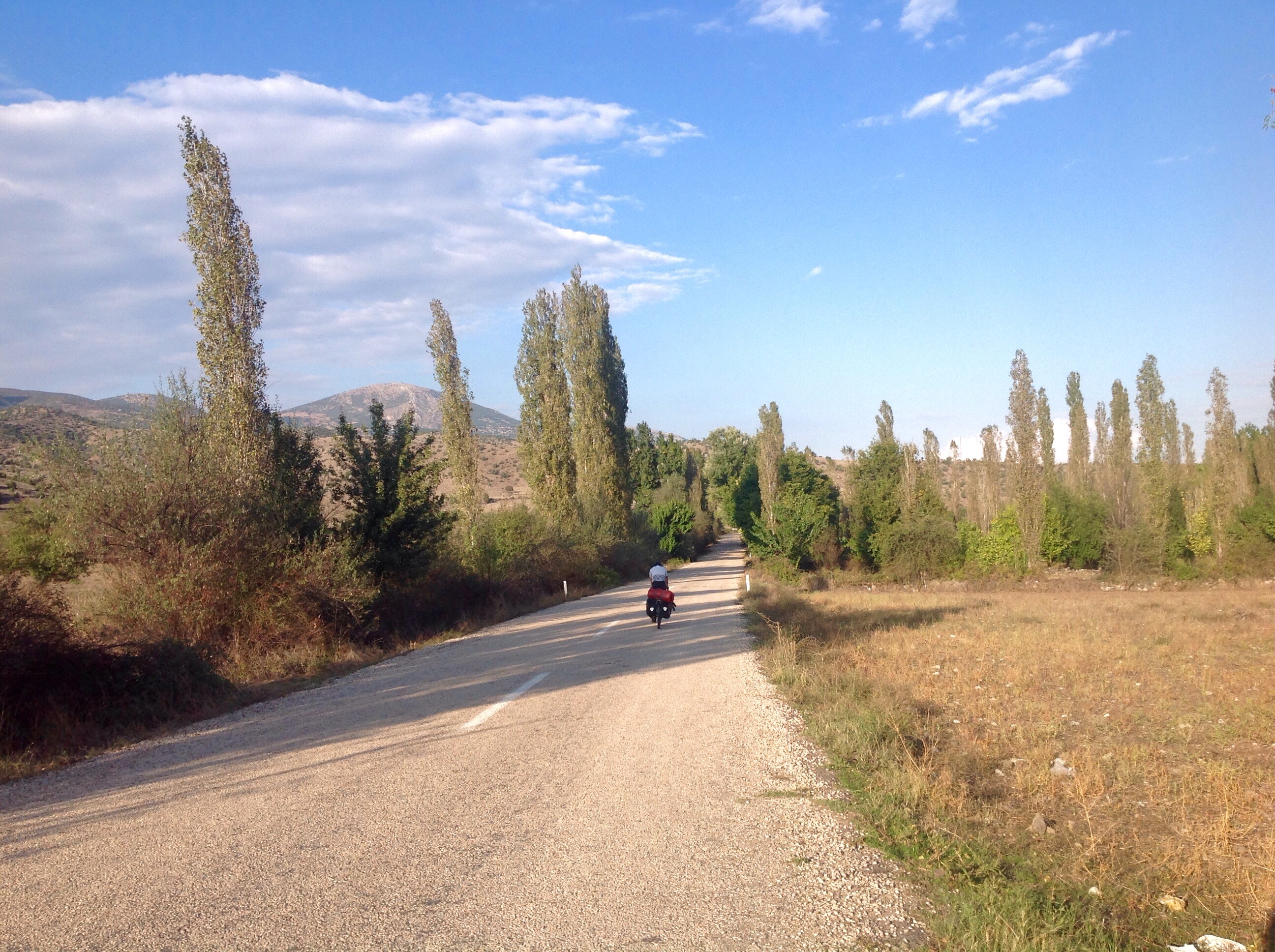 We were definitely out of the stepped now and in a more mountainous region. The road, instead of just cutting straight across the landscape followed the rivers that cut into the mountains. Our route followed a river according to the map, but it was late in autumn now and not much rain had fallen since spring so it was all dried up. There was also a lot of road works going on. We were following a river upstream to a town called Ortaköy. Most of the way there the road was still under construction and was covered in large rocks that made the going s bit slow and tough.
We got to Ortaköy a bit later than expected but the road out was downstream(and finished) so it was much easier leaving Ortaköy than getting there. It wasn’t too long until we reached Göynücek which marked the end of our ride, given that Amasya was now only 50km away. After eating in town we rode for a short distance out until we came to an empty lot between the fields that filled the roadside where we camped for the night.