The rain had cleared up when we woke up, though it was still windy and overcast. The small building had done a great job sheltering us from the worst of the storm but everything had still managed to get a bit damp. One of the big drawbacks of camping in a park is that a lot more people tend to come by in the morning. We got a bit lucky this morning actually, we were up and out with the Bivvy gone just before a park keeper came over. It was quite clear we had slept there but since he didn’t find us fast asleep in the tents he didn’t really say anything,must made us move away from the building.
The moving was spent riding out of Istanbul and that took a good two hours, the place is so big and just sprawls on and on forever. The morning began on a great cycle along a bike track beside a quiet enough road on the coast right next to the sea. We rode on that for half and hour with a huge tailwind practically pushing us along, it was fantastic. Once the coast road merged with the bigger route D 100 though, the cycle track disappears and we had to cycle in the, thankfully ample, hard shoulder. 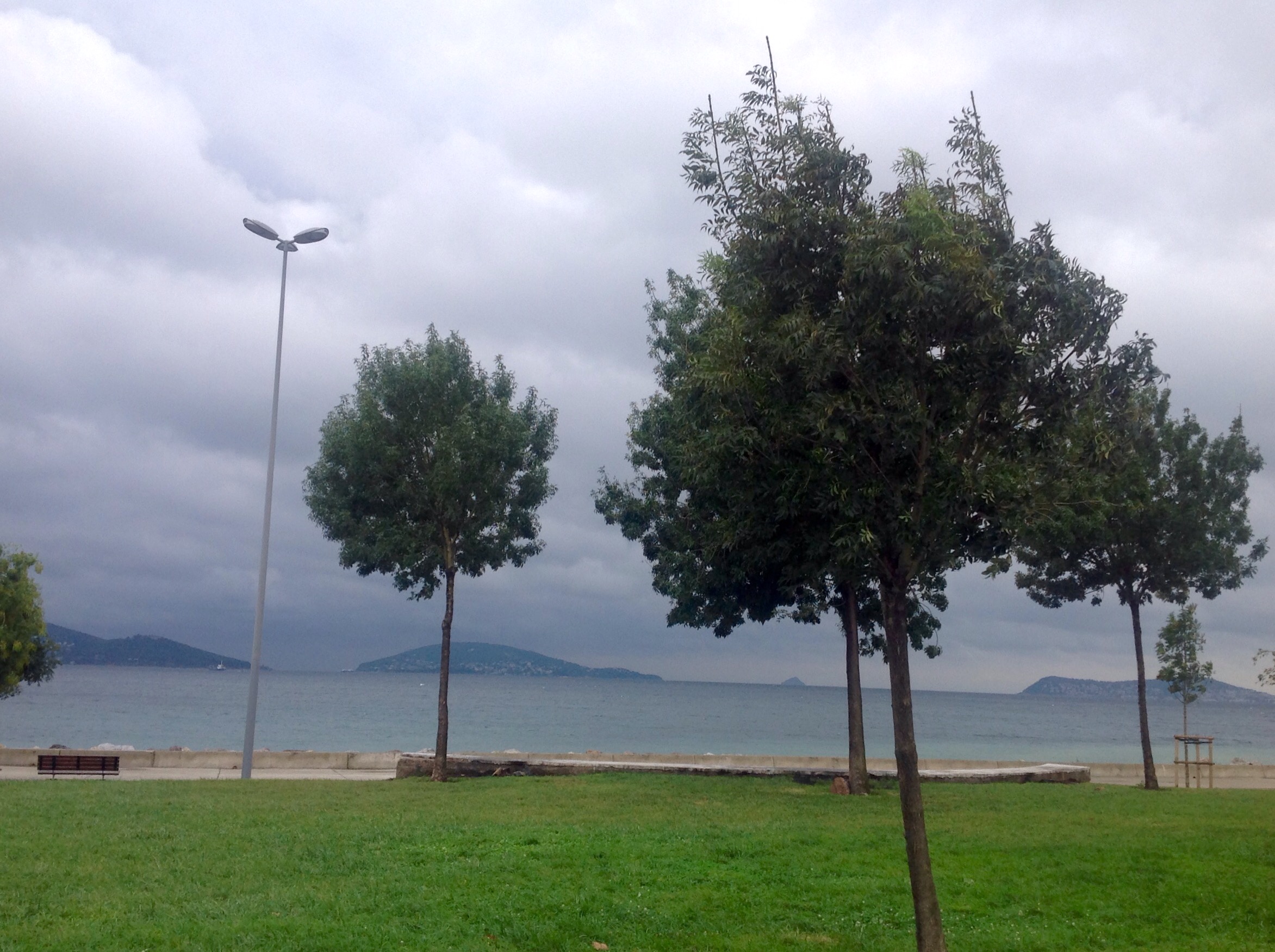 you can see how strong the wind was by the trees

The problem with the D100 wasn’t that it was big (three lanes) or busy (lots of trucks) but that, since it was going through the city still there were constant on and off ramps that interrupted the hard shoulder and were a bit of a headache to navigate.
Things got better the farther we got from the city though. By the time we were out of the greater Istanbul area the road was down to two lanes and was right next to the sea which we really enjoyed. We pulled off for lunch in the town of Körfez, as we were approaching it had started to rain a bit but almost as soon as we pulled in and got off the bikes and into shelter a massive downpour started, we were quite pleased with our timing. 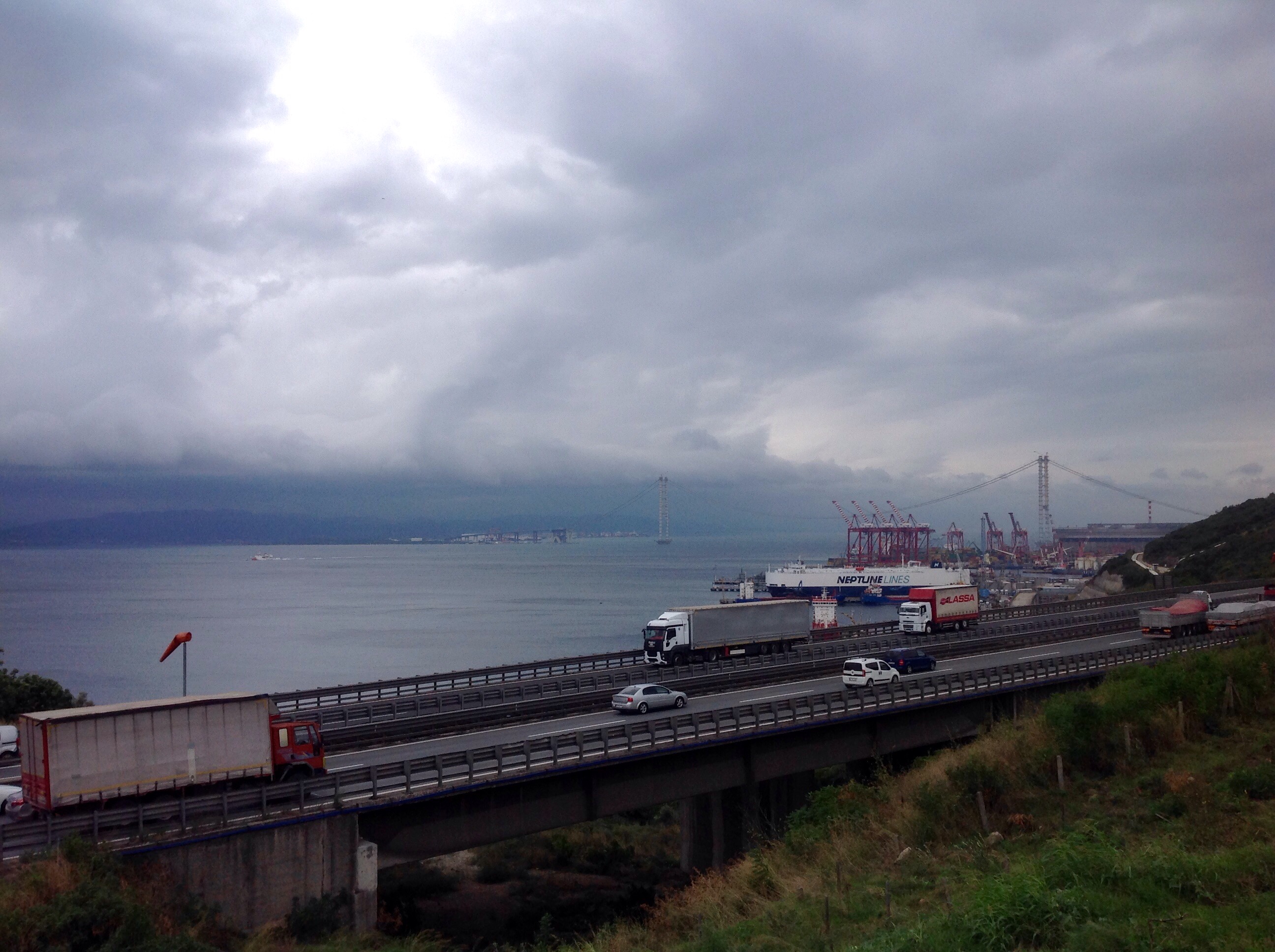 this bridge was being constructed about 40km outside Istanbul to join the two sides of the bay.

Lake Sapanca wasn’t too far from Körfez, and seemed like a nice place to camp so we decided to aim there as a finishing point. We were still on the D100, not ideal but there isn’t really any other option if you want to get out of Istanbul in the direction of Ankara. The rain continued most of the rest of the cycle and cleared up perhaps an hour before we finished. After passing through Izimit, the city at the curve of the bay we climbed up to the lake. We spent a while riding along beside the lake, not quite by the shore but close enough. There were no good spots to camp at for some time. Finally we spotted a small grassy peninsula sticking out into the water. 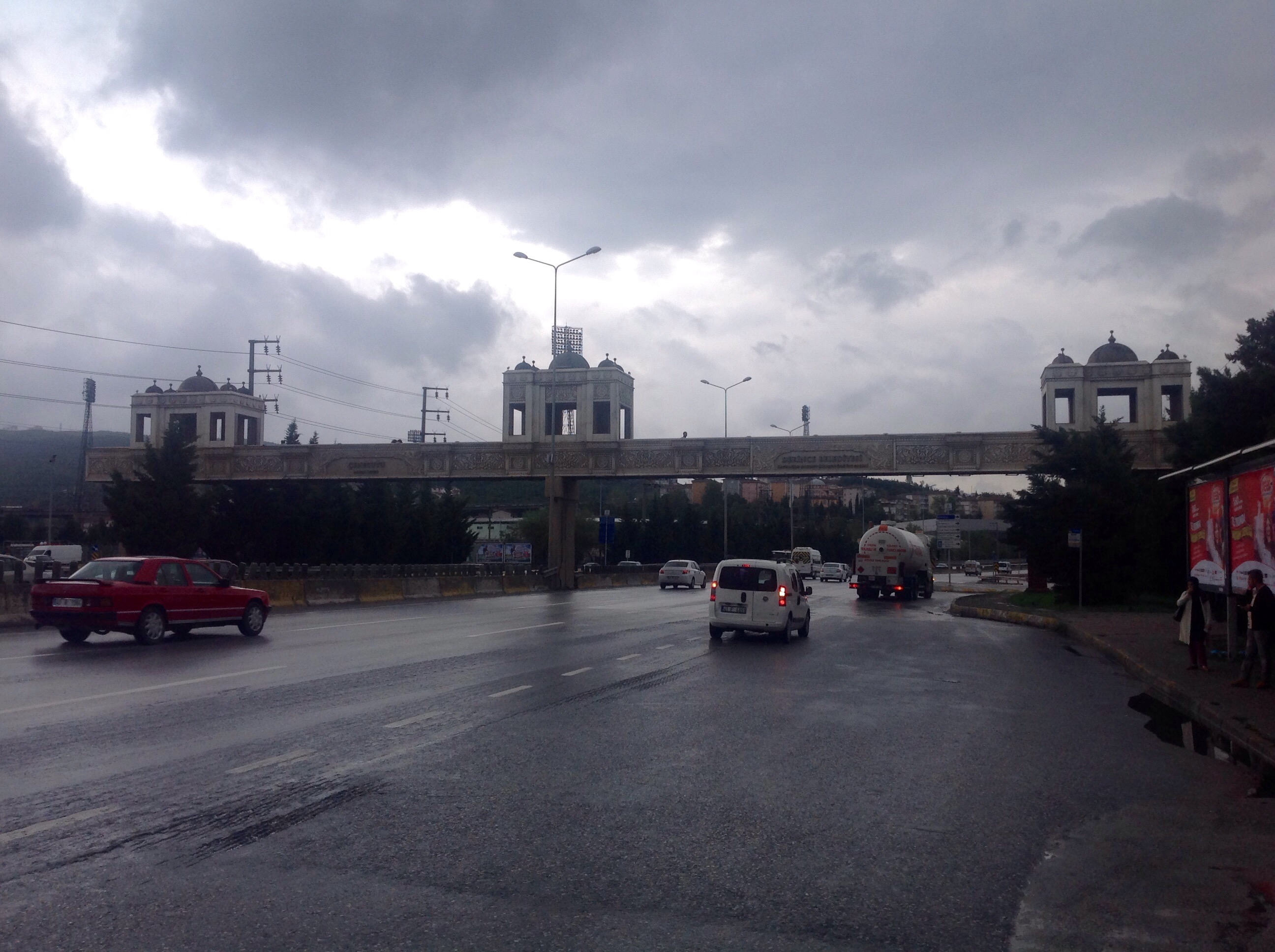 this sort of extravagant pedestrian bridges crossed the road through Izimit

Pulling off the busy road and down to the peninsula was a nice relief and it turned out to be a great camp spot overlooking the whole lake. What with all the rain we put up the tarp for the first time since Austria, but it was a dry night in the end.