We spent a bit more time than usual getting ready this morning, partly because the spot by the lake was so nice we didn’t really want to leave but also we had a bit of maintenance to do, plus it was raining and there’s always the hope that you can wait the rain out. We finally got on the road at ten, quite a bit later than normal.
We were back on the D100 and from our campsite to the turn off for the smaller road to Ankara was a total straight shot. There was a light rain, but also a tailwind so it kind of balanced out that way. We made the turn off onto the route D140 and, what a relief, the traffic calmed almost immediately. By by now both of us were feeling pretty hungry so we stopped at the next spot that had food, a lot next to the road with a grocer and a bakery.

the long straight road in the morning

We picked some fruit and bread and sat on benches outside the bakery to eat when an old Turkish woman came over and started fussing over the damp table. She then disappeared inside the bakery and came out with a cloth, wiped down then table and then hurried back inside again. When she came out this time she had a paper spread she put down on the table and then three bowels of cheese and olives, tomatoes and roasted peppers. By now we figured she was the owner of the bakery and we were thanking her very much for the generosity, she gave us all this after we bought one loaf of bread! 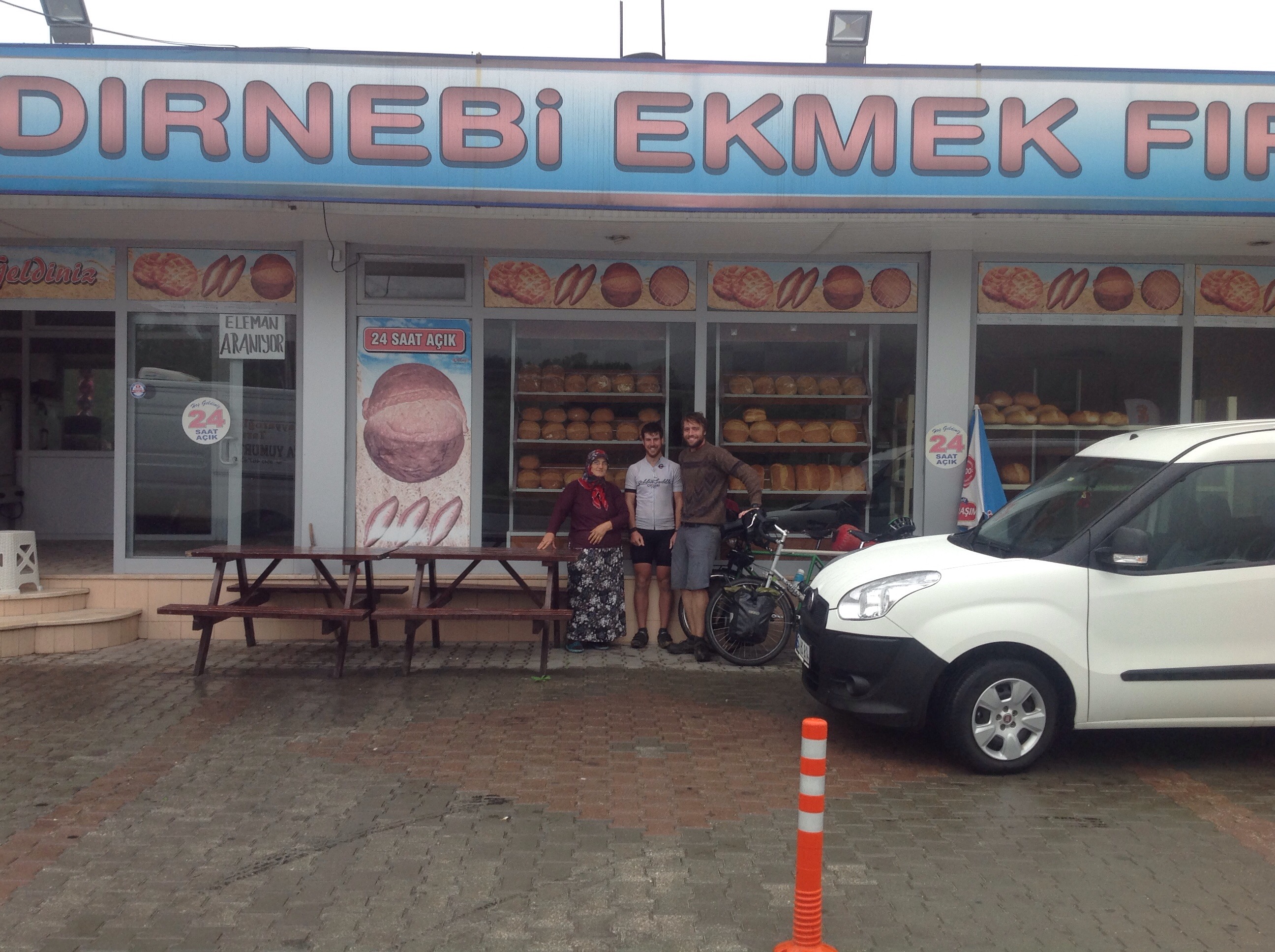 a photo with the woman who was so kind to us at the bakery, she was chuffed to have her photo taken and made sure we were standing under the part of the sign that said “ekmek” which means bread

As we were leaving she handed over a fresh loaf of bread to take with us and then insisted we take a photo with her under the sign for her bakery. We said goodbye, thanked her again and got back on the road.
Our route to Ankara was was in the smallest, most direct road we could find. As a result it was the road that ran through some mountains which we of course we’re pleased to find out. We love cycling in the mountains!

start of the climb

can you spot Finn?

But today even though we had some nice climbs the clouds were so low and nice view as a reward was not forthcoming. Although the cool, overcast day did make climbing much easier, compared to the heat we’d been riding in previously.

Finn isnt actually tired in this photo, hes just reenacting a time he was tired after a climb on another, completely different day. he wanted to make sure that was clear.

By the time we had made it to the top the rain had eased off, though the clouds persisted. Hurtling down the descent we passed through one small town called Ilica where we stopped to pick up some water. A Turkish chap was very pleased to see us outside the shop and beamed at us and shook our hands. After this fun encounter we continued riding downhill until we came to a bridge. Taking a turn off and following the bank we found a camp spot next to a river, swollen by the previous three days of rain. 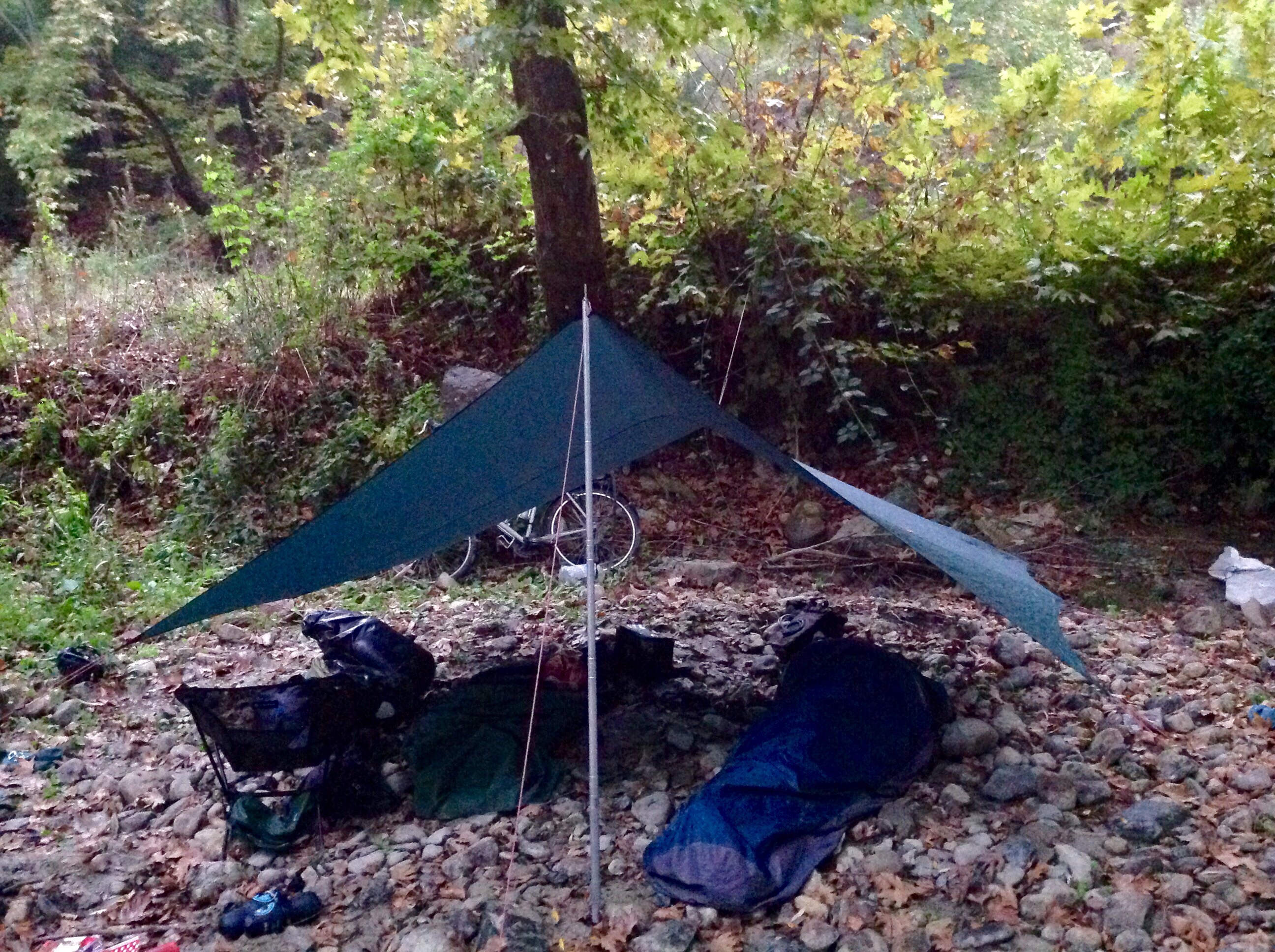 One thought on “Day 57: Lake Sapanca to Ilica”