.Today we were finally going to get out to the sea after spending the last month crossing over land. The road from our campsite to the Croatia border was hilly but unremarkable, we seemed to be riding up and down the same hill over and over again.

Croatia to the left, Italy to the right

Before to long though we had some excitement: arriving at the Croatian border and our first border crossing with passports and a police officer, not the easy breezy border crossing of Northern Europe where you could enter and exit a country without realising it.

Once in the other side the scenery continued much as it had before and the road the same. As the day wore on it got hot, but we were excited to finally reach the sea.

After a mostly downhill ride we turned the last corner and there it was, the Adriatic out below. A bit hard to see through the haze that accompanied the heat, but we were here at the seaside.
We took refuge from the mid afternoon heat in some shade by the shore and, after an hour or so moved on to the next town where we found somewhere less crowded but still…crowded to have a swim.

In the early evening, around four thirty, after it had cooled off for a bit we followed the coast road south. Tomorrow morning we were going to get the ferry over to the island of Cres. The ferry left from Brestova which wasn’t to far away. With our destination a comfortable ride away we cycled as the evening cooled to pleasant temperature and the found a small clearing off the road blocked by bushes to rest for the night. 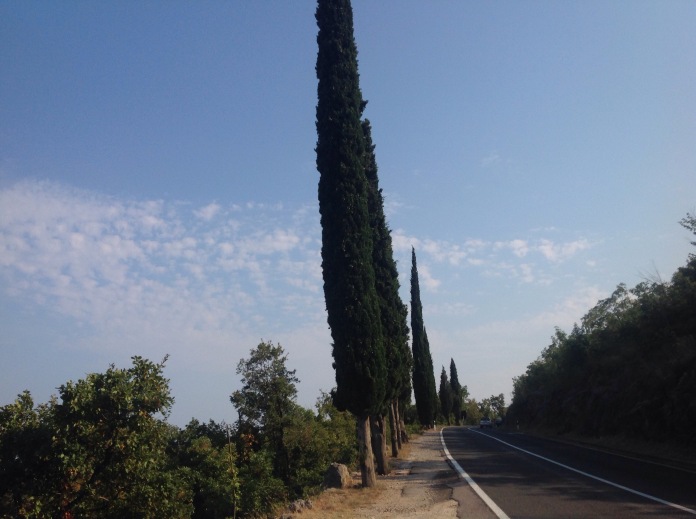 It wasn’t our most secluded camping spot, but the terrain was so rocky and hilly we were happy to have found any flat ground at all. 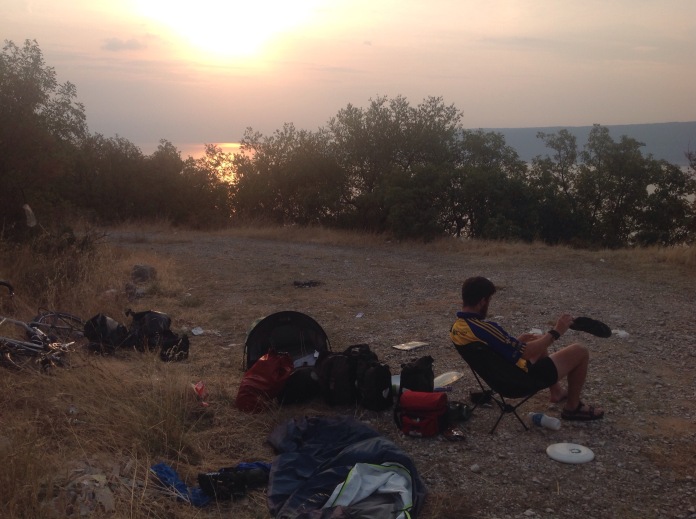