We started the day rolling down hill into the bay that the ferry would depart from. It was about 5km winding down to the coast and at 2km from the the shore the line of cars for the ferry started. It was bumper to bumper the whole way down but we just rolled past them all, down to the kiosk to pick up our tickets and then onto the ferry. 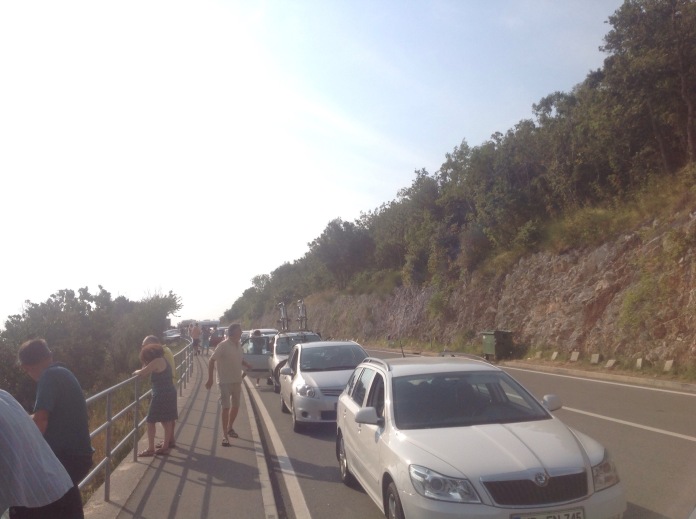 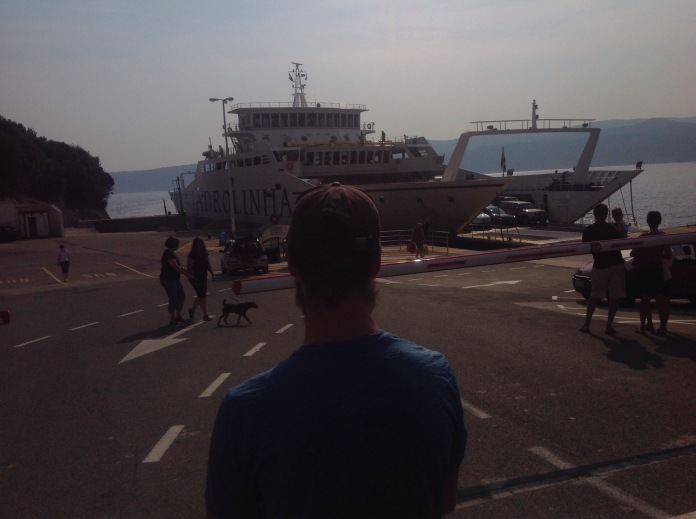 waiting for the boat

It was a short journey, the island of Cres is really close the the shore and we were off the boat after 25 min. We waited for all the cars to pass us and then started up the climb on traffic free roads to the top of the island. 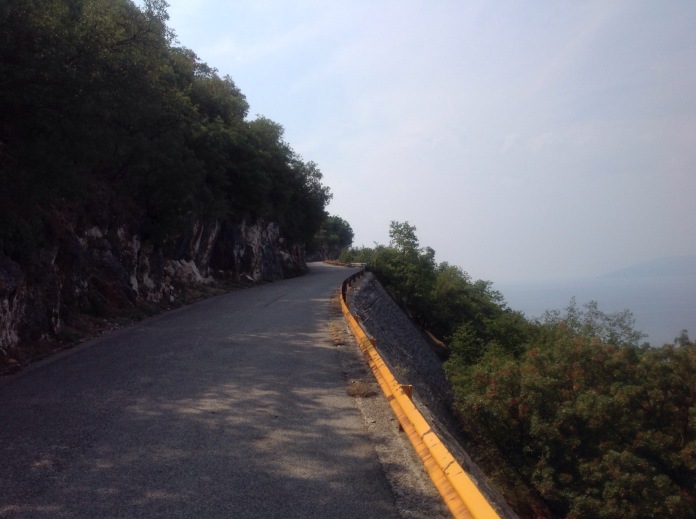 It was a long but gentle climb. The peak was a thin spine that you could see either side of the island from, the mainland to the right and more islands off on the distance on the left. 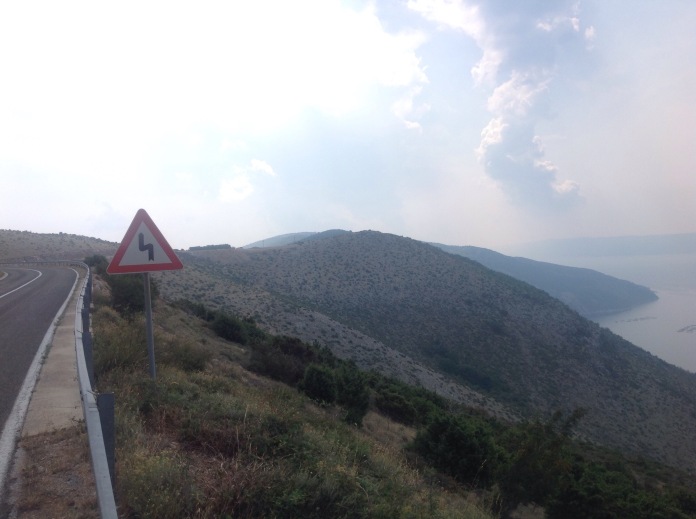 From here it was a long descent all the way back down to the shore and into Cres town. By now it was the heat of the day so we left our bikes and went to get lunch and wait out the afternoon in town. 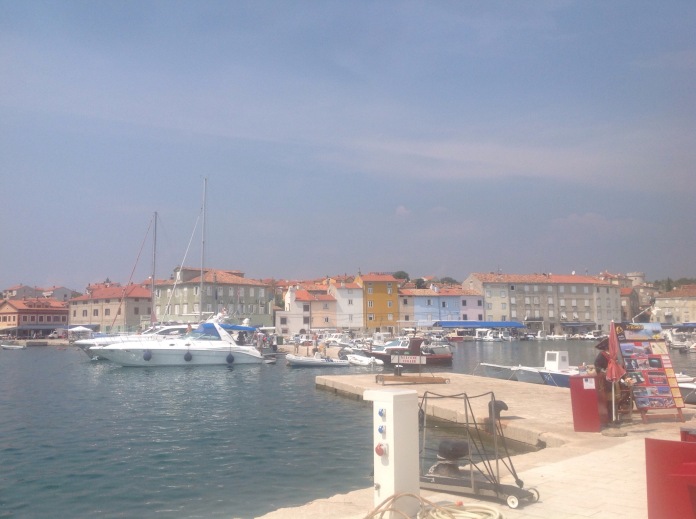 It wasn’t until 4:30 that it was cool enough to start up again. We left Cres and started the ride out to Osor, the last town at the southern end of Cres. We rode along through the middle of the island, past rocky fields with sheep and olive tree farms.
The plan was to keep riding until a bit before Osor and camp, however around dinner time we passed a small restaurant on the side of the road cooking pig on a spit. It looked so good we had to stop. It was delicious, and cheap too now that we had left the tourist hotspot of the island behind. 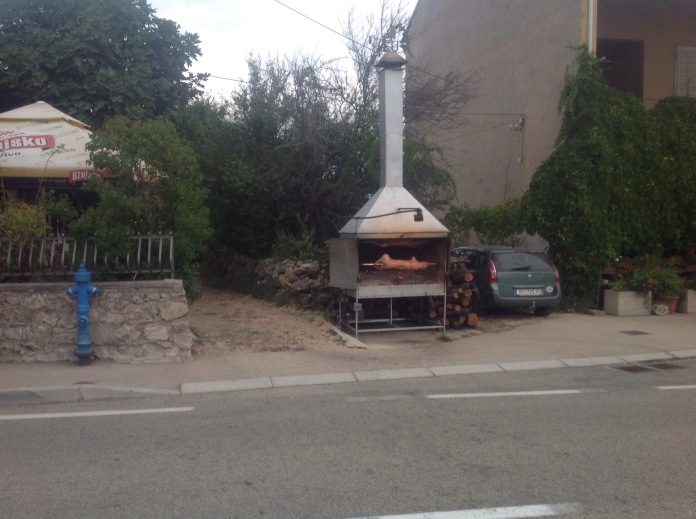 We left the restaurant with full bellies and rode on until just before dark. We pulled off on an access track to a cell tower and the continued a bit behind it and camped in a rocky field overlooking Osor. 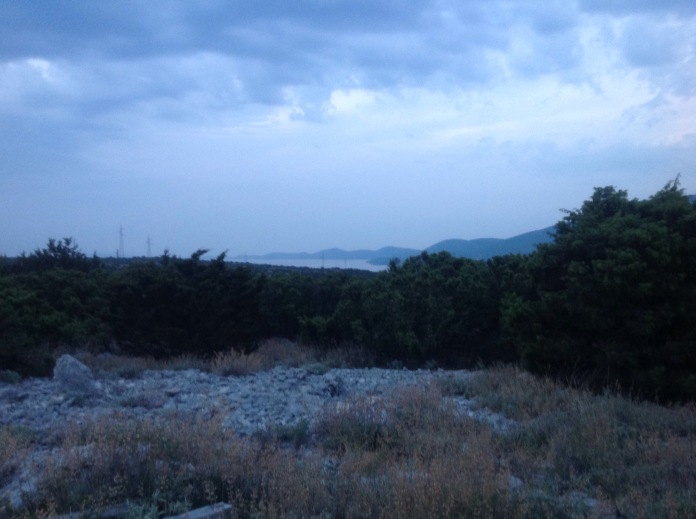 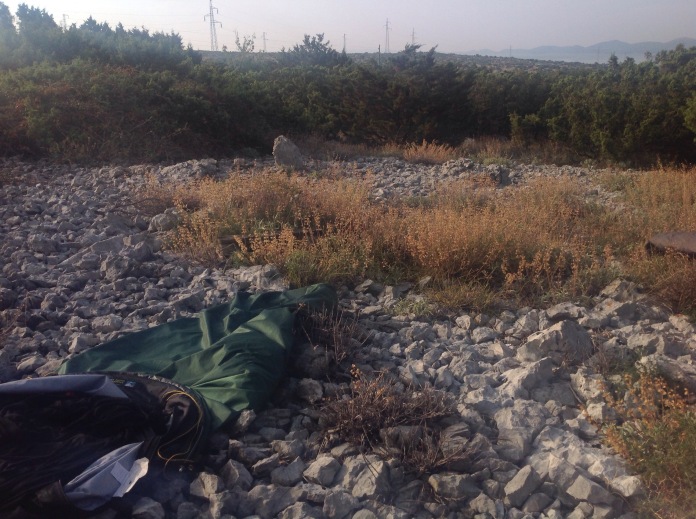