On account of the few little setbacks yesterday we had about an extra 30km we had to cover over the next two days to reach Munich (ground that we should have covered yesterday). Not too bad, nothing compared to the Strasbourg push we had to do. 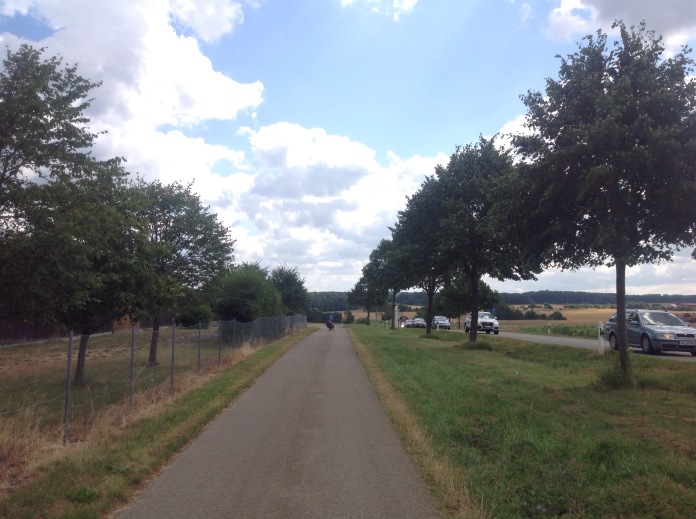 We rolled down the hill we camped on and cycled into Bad Urach, the nearby village. Out of Bad Urach we had a 4km climb up,to the next plateau, but the gradient wasn’t too steep and it was just a matter of time getting to the top.
From here we found the cycle network again and followed it a while, up over hills and along the edges of farmland and forest. There was a nice rhythm to the day, climbing up a hill, seeing a small village or town in the distance with the church spire at the centre and then descending down into the settlement, only to repeat the pattern again. 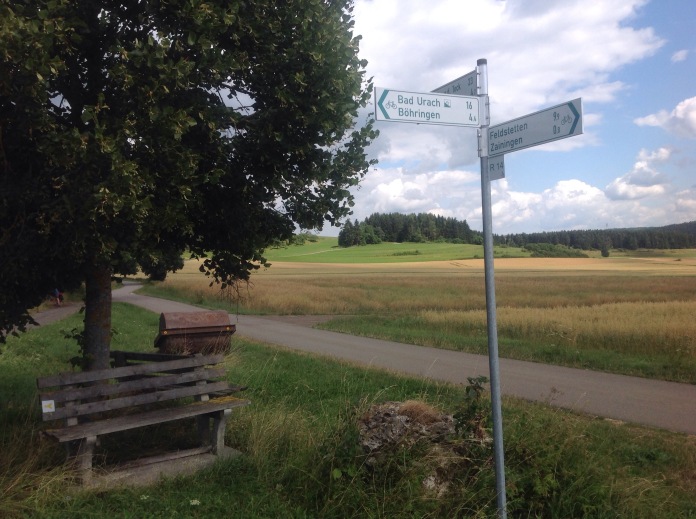 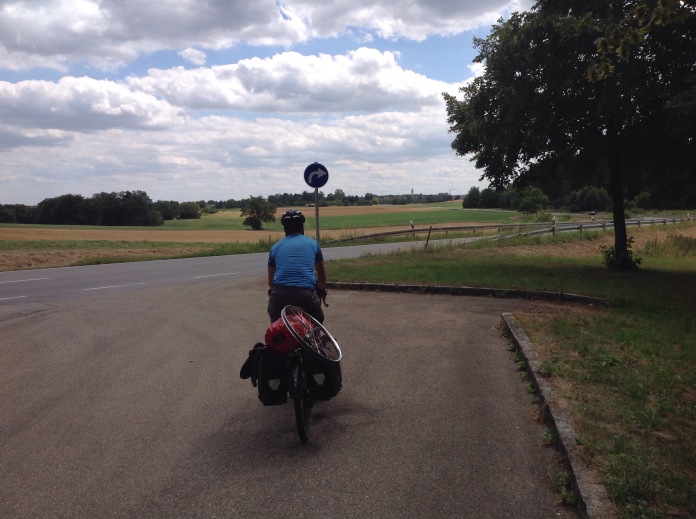 A bit before lunch we finished a climb and saw our halfway point, Ulm down in the plains below us with its cathedral standing well out, dwarfing everything around it. We later found out this was because Ulm Cathedral is the tallest in the world. And also not technically a cathedral.

you might be able to spot Ulm cathedral at the centre

After lunch in Ulm we started trying to figure out the puzzle of leaving the city on the right road that would set us on the correct path for the rest of the day. While analysing the map in the centre of town, an older guy came up to us on his bike and asked if we needed help. 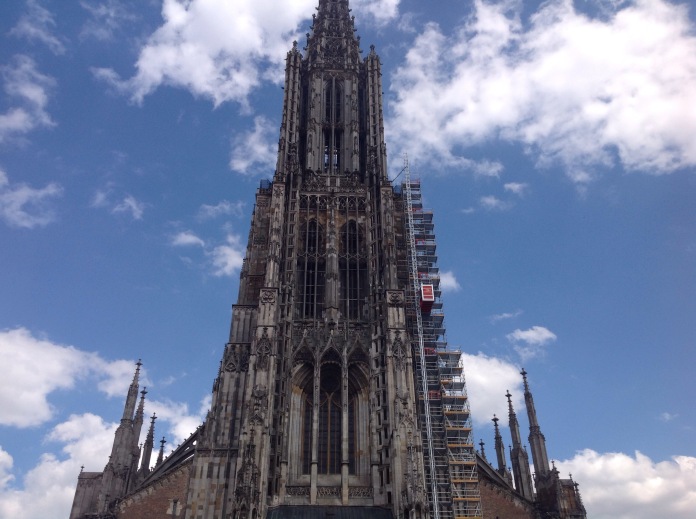 He tried to offer directions to where we wanted to go, but it was too complicated and in the end he generously led us out himself. His name was Wolfgang and loved bike touring himself, had just returned from cycling around Italy. 30 min later he dropped us off at the edge of town on the right route. We said goodbye and set off.

Finn with out guide Wolfgang

The afternoon ride was similar to the morning and we made good time. Around 7 we wheeled into a field by the road just a bit outside Jettingen and set up for the night.

it got a bit chilly in the evening

campsite in the morning