Kosuke the hostel owner told me that the easiest way to cycle from Nara to Osaka would be along the route 25, a road that wasn’t a straight shot from one city to the other but circumvented the mountains that separated the two. Looking at the map it also appeared to go straight into the city centre without merging onto any car-only highways.

There was a light drizzle that that got heavier ad I was leaving Nara so I ducked into a diner by the road to get some breakfast and wait out the rain.

The ride from Nara to Osaka was not particularly interesting, I was cycling through urban sprawl all day. 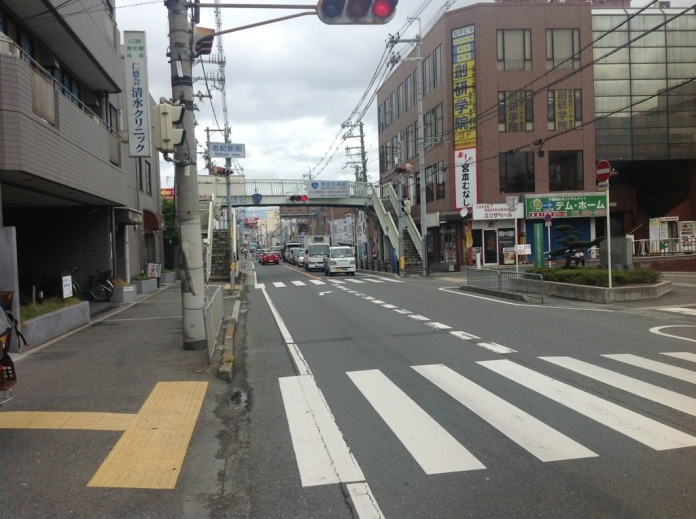 It was obvious when I had arrived at Osaka though, the buildings suddenly shot up in height and the road got much wider.

There was also a deluge of rain when I got int the city. I could tell all day that it was going to rain heavily at some point. I had hoped to get into my hostel before this but I was too slow.

It wasn’t too bad though, actually added to the whole Blade Runner atmosphere that Osaka gives off. 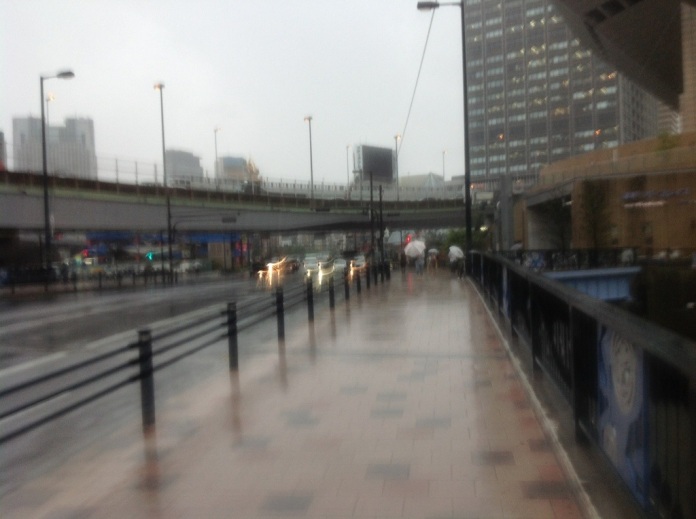 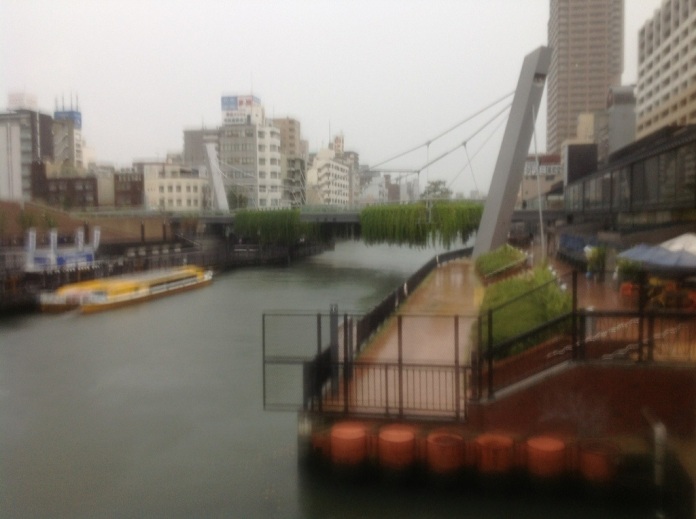 I got into the hostel, dumped my stuff, had a shower then ventured out and road my bike around the neon city for a while. Tried some okonomiaki, a delicious Osaka speciality. 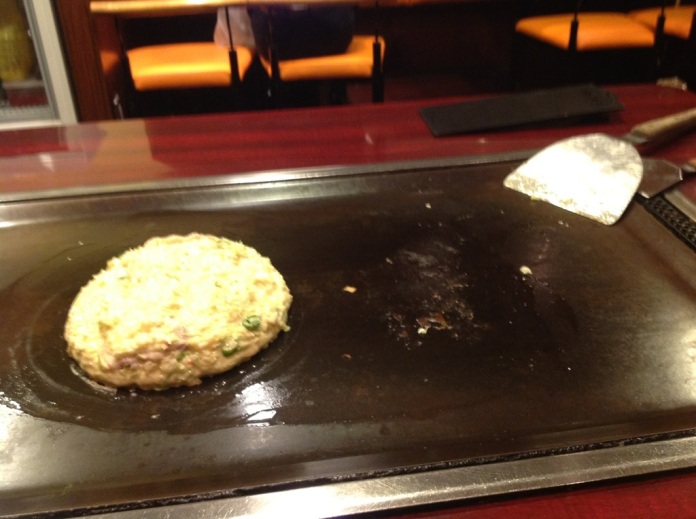 It’s like a savoury pancake, fried and lathered in sauce. The place I went to cooked it in front of you. Just what I needed after a day of cycling through the rain.