The weather cleared up the following day so we said goodbye to Tashi. His grandmother gave us a thangka, a thin white scarf given in Tibet as a good luck for travellers before we left.
The weather closed in again as we made the climb out of the valley in which Zhidoi sat. It started to hail then snow. The limited visibility was a stark contrast to the wide open vistas we had had the luxury of riding through before. The weather cleared up by the time we reached the top though, it seems to be a law of nature that as soon as you bother to put on the extra gear for bad weather it clears up. 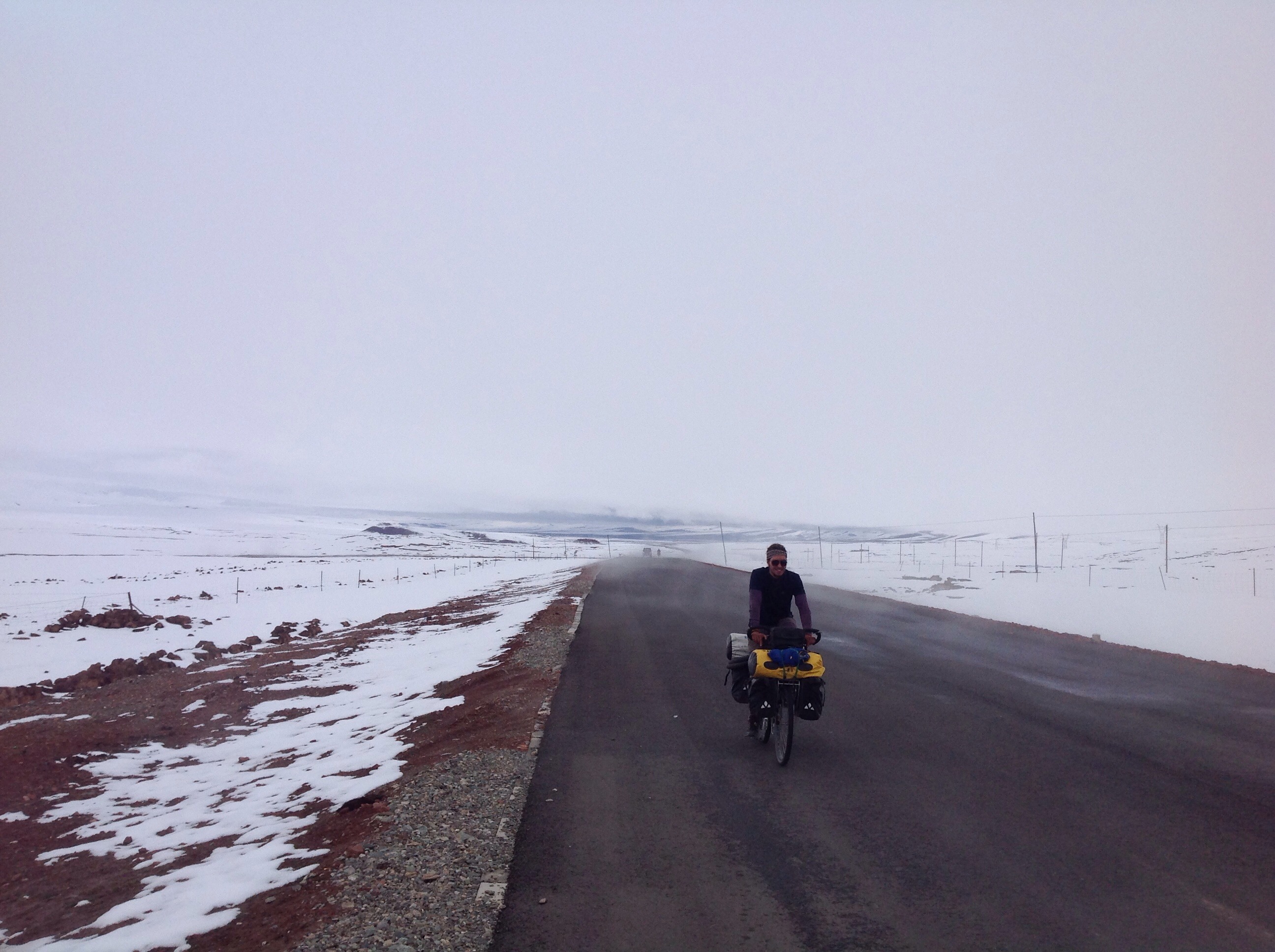 it did eventually clear up

It was a comparatively uneventful ride for the rest of the day. When we stopped for a break there was always at least one car that would stop and its passengers come over to take photos with us. 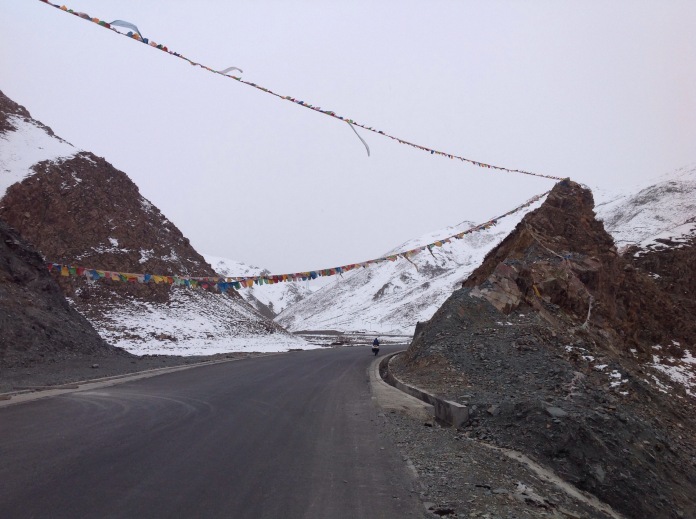 We spent most of the day climbing so by evening the temperature dropped significantly. A cold wind blew in and the snow started up again. We pulled into a small shop on the outskirts of a tiny hamlet and decided there was no point in continuing on and making ourselves miserable. We set up our tents in a field opposite the shop and crawled out of the wind and snow.