It was a challenge to get into China, as I described in the last post. Despite trying everything we could getting across the land border in a timely manner was not possible. The worst landslides in 20 years had hit and the road wasn’t going to be cleared any time soon. So, feeling a bit deflated at the thought but comforted by the fact we had exhausted all other options, we flew.
We would have flown to Kashgar, the first big city we would have arrived at in China had the road been open. However, in a case of perfectly terrible timing the company that ran the flights to Kashgar from Islamabad had stopped for the month while,they renewed a lease (or something like that) so we flew instead to Urumqi.
Urumqi is the regional capital for the Xinjiang province, a semi-autonomous region at the very western edge of China. The culture here is more Central Asian than Chinese and it is the homeland of the Uighers, a Muslim peoples of Turkic descent. We flew out of Islamabad, catching a lucky break (one we felt was long overdue) when the airline let us put our bikes on the plane for free, along with our overweight luggage.

bikes being checked in. getting them on the plane for free was a nice break

Travelling from country to country on the bike means that everything changes very gradually, rarely are you hit full force the the shock of an entirely new country and culture all at once. Flying, of course, is a different matter and arriving in Urumiqi a modern Chinese city of some 4 million people was a huge shock, especially coming from Pakistan.
The roads were new and clean, the traffic was disconcertingly organised. People were walking about in regular clothes, there were even women walking around with their hair in full view! Scandalous! Everything was new and exciting, a wild array of restaurants, fast food places and noodle bars serving a wide variety of cuisine. Electricity being used willy-nilly to power signs and advertisements. And of course the Chinese characters emblazoned everywhere. In other words Urumqi was the complete reverse of what we had experienced in Pakistan and wonderful for it.
We spent four days in Urumqi just enjoying the amenities and conveniences offered by a big city. On top of that we ran into not one but three different groups of bike tourers in the hostel. Having not seen another bike tourer since that brief encounter with the Frenchmen in an Iranian village it was real treat to be able to sit around and swap stories with other cyclists who had been through similar situations. 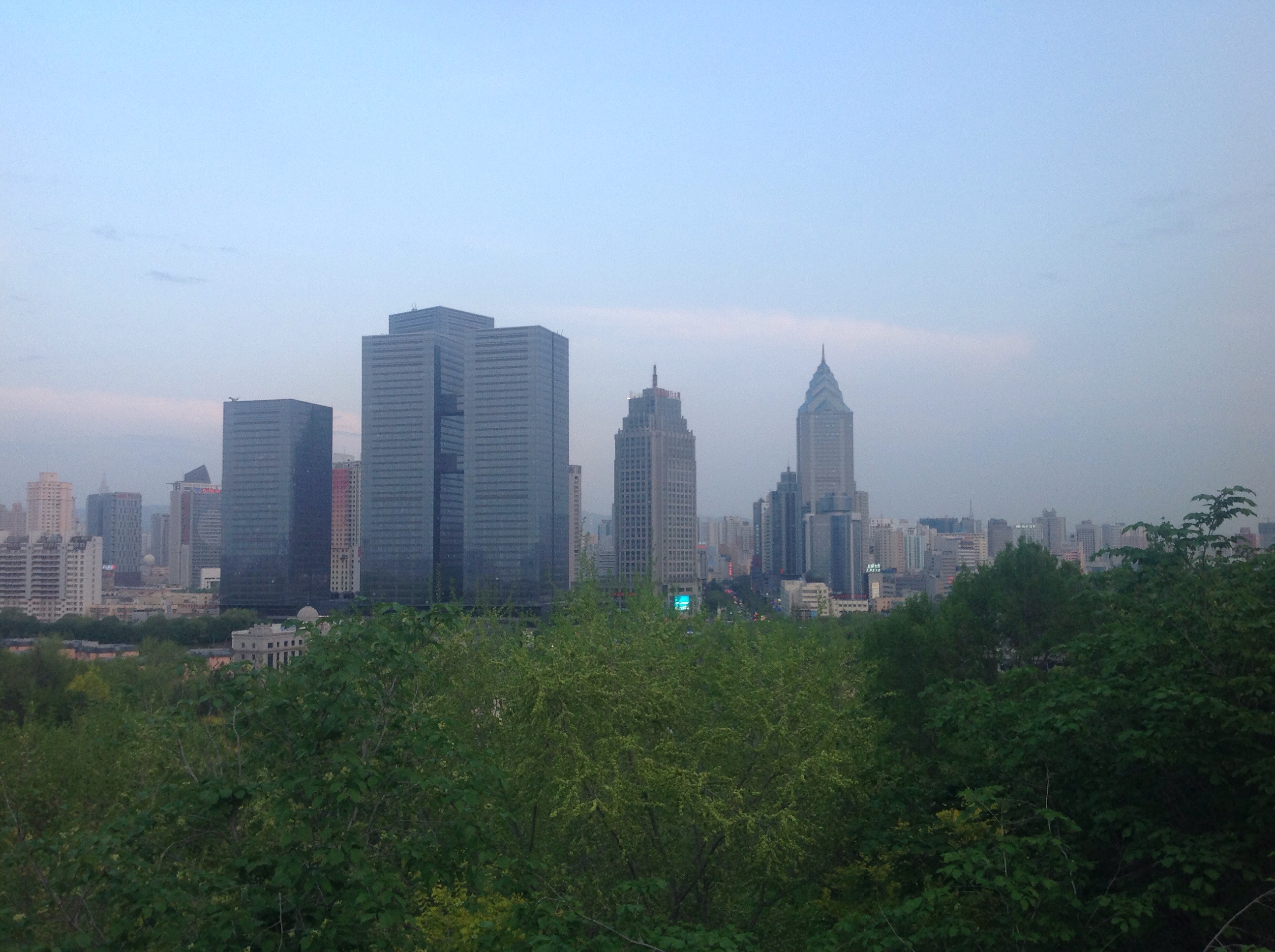 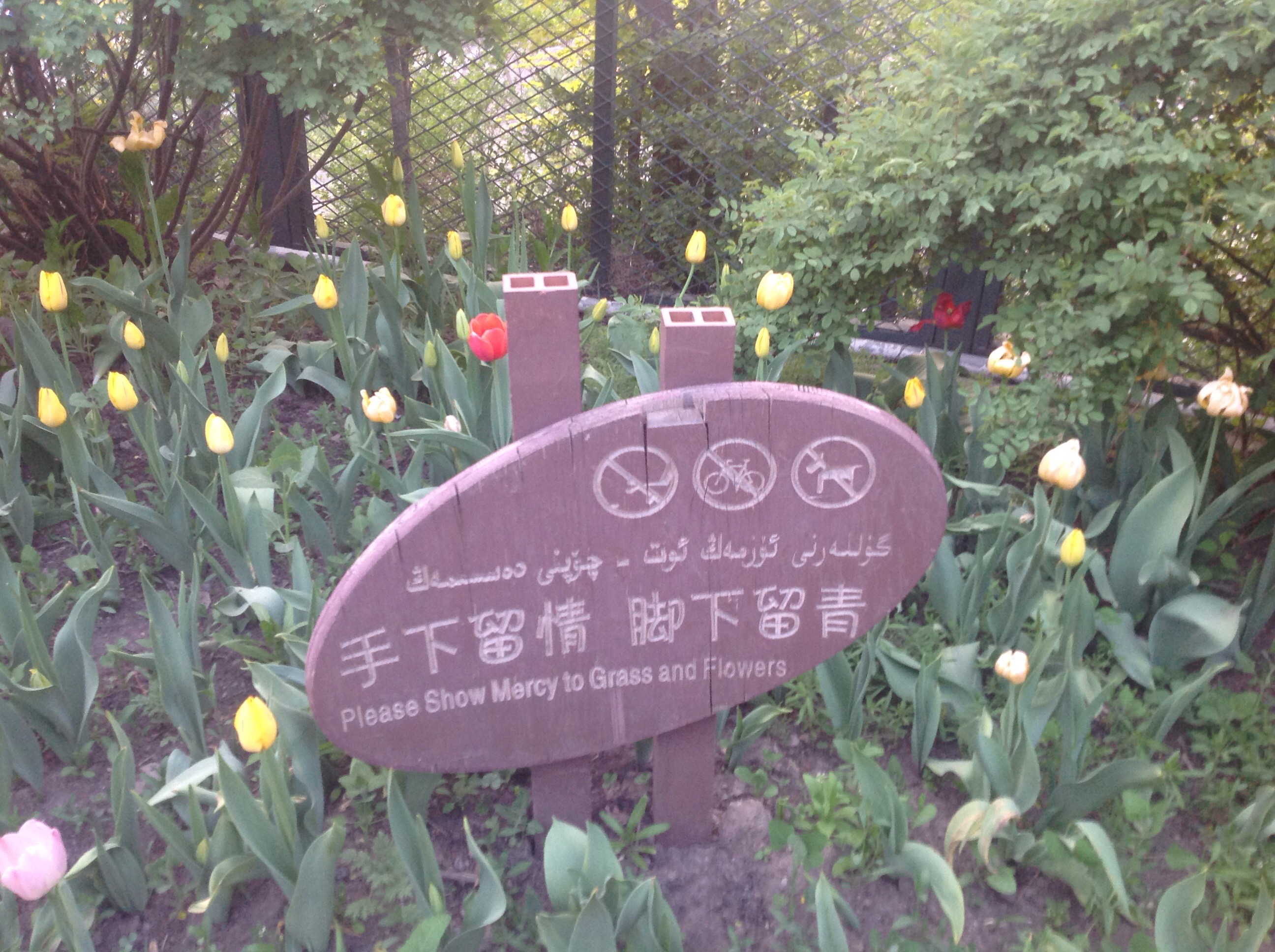 Im sure everyone who visits China experiences this: hillarious english translations

There was an English couple who incredibly Andre had already met many months ago back in Bulgaria where they had been riding on a tandem. They had since flown out to Indonesia and were riding back to England, this time on individual bicycles. Mitch and Steve, two brothers from Australia followed them. They were on a trip to Scotland where their family were from originally and hoped to be there by Christmas. And finally three girls from England also making he return journey overland, who had hoped to stay with a Warmshowers host but had to change plans when the police told their host he should stop having foreigners staying with him.
After three days we left Urumqi. Urumqi is quite far north and we wanted to join back up with where would have been cycling had we not flown. At least, as close as we reasonably could. We took a 24 hour bus across the Taklamakan desert the city of Hotan where we stared to cycle once again. Our bus arrived in the early evening and after getting something to eat we rode a little way out of the city and found a small patch of a unused field to camp in.

One thought on “In China at last (Urumqi, Hotan)”