Taking the day off for Christmas had been a welcome break but it was time to get back on the bikes. We loaded up and started to head out of the city.

From outside Qazvin the urban sprawl started almost right away. Riding on the highway towards Tehran we passed by apartment blocks, factories, other complexes and towns of varying size almost constantly. 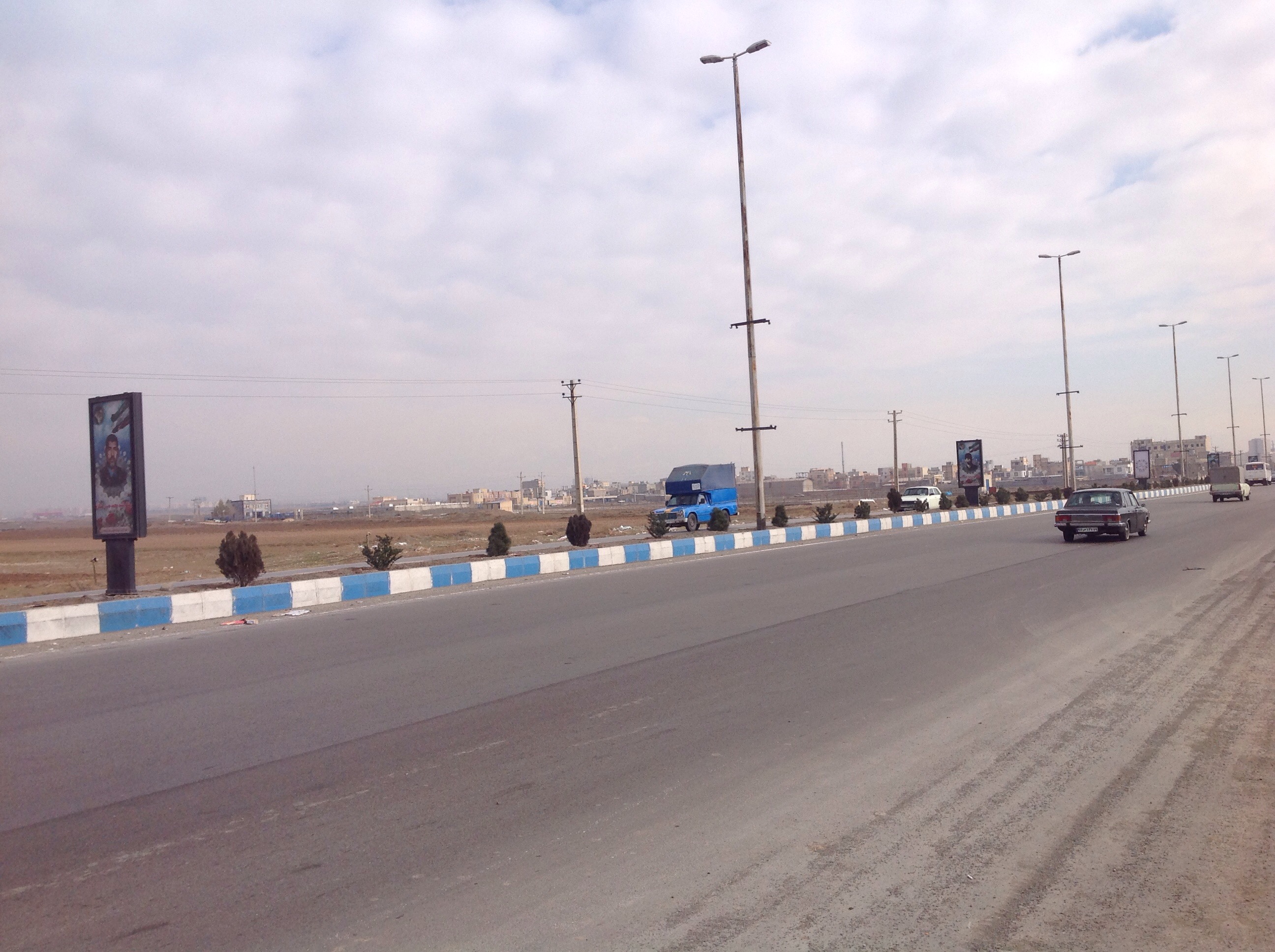 it might be hard to see but this road, like all main roads in Iran, has photos of soldiers who died in battle lining it. they call them martyrs

The riding wasnt particularly pretty or eventful. We were able to make good time thanks to a strong tailwind, but the wide flat scrubland that lay either side of the road didn’t make for very interesting views. There on the horizon were the peaks of the Alborz mountains, at the foot of this range the northern limits of Tehran were supposed to reach. 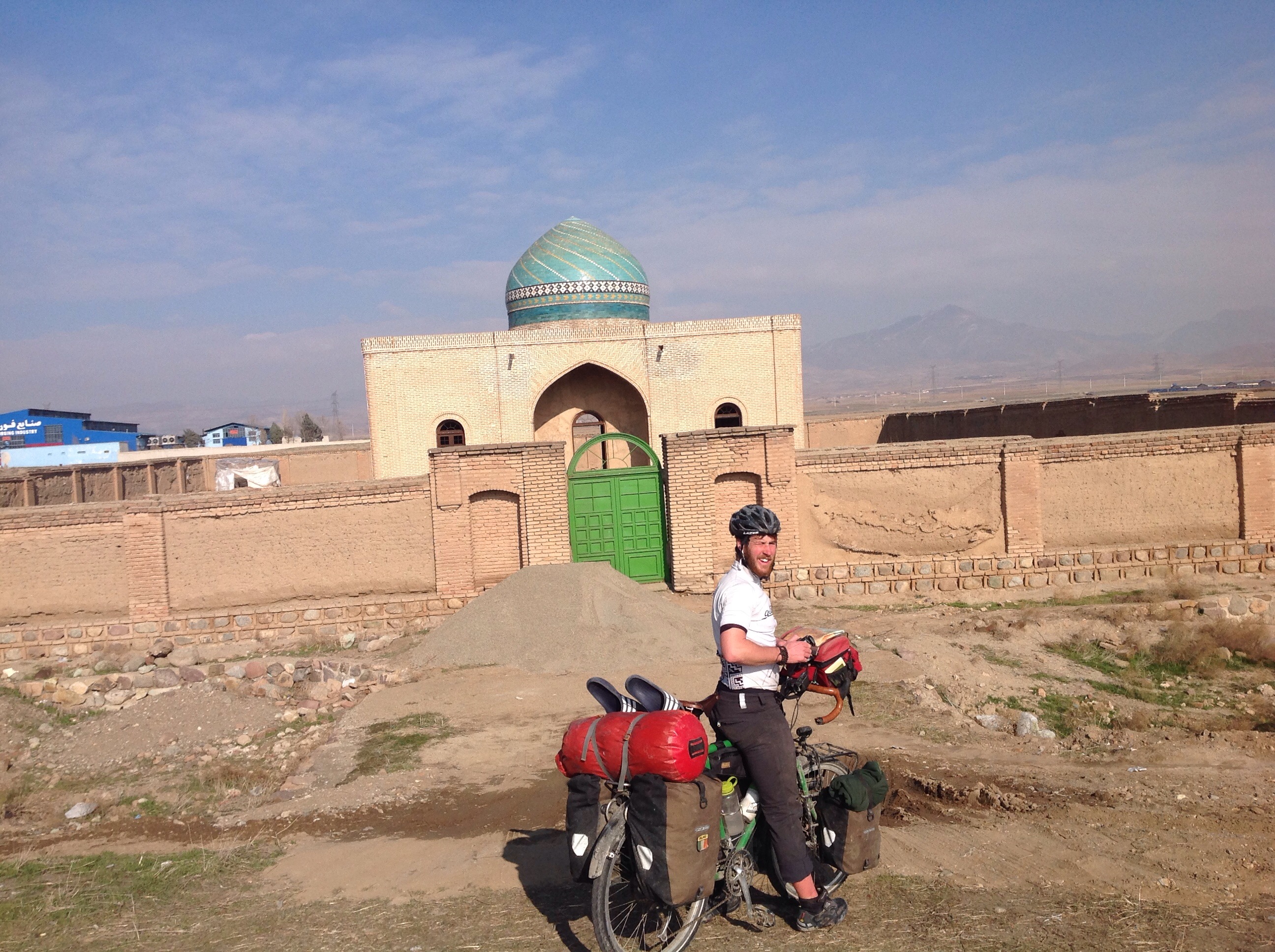 a pretty mosque by the road 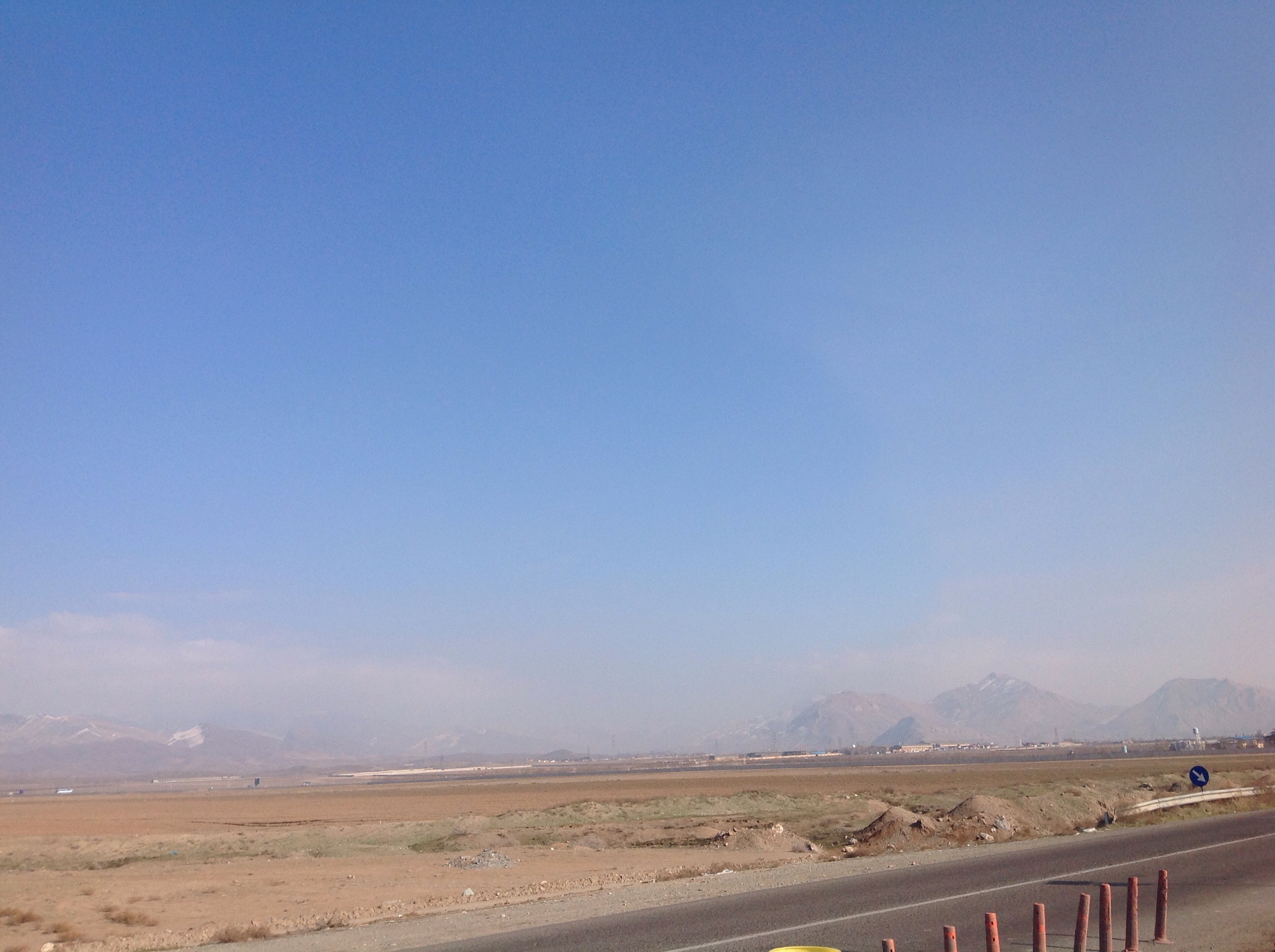 first glimpse of the Alborz

But we were still a day away from Tehran so we rode through the traffic and the dust. Stopped for a quick lunch at a rest stop and then on to Hastgerd, or rather the outskirts of it. The countryside was so built up it was hard to find somewhere to camp and eventually we settled for a small group of trees between fields. 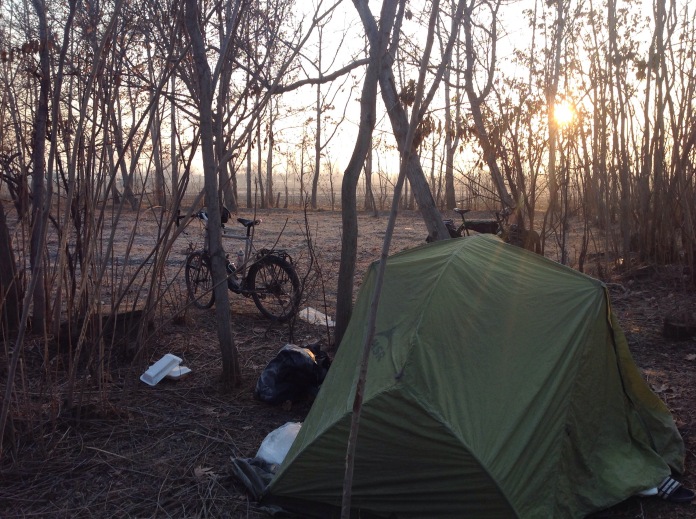 I rode into Hastgerd to call up my dad on his birthday. Turned out it was a pretty big town and it took a while to find an Internet cafe. Eventually, after wandering around for quite a while and sunset come and gone I asked in a small computer shop if they knew somewhere to go. The kind guy that owned the place said there wasn’t any coffeenet nearby but I could use his wifi.
On the way back to camp I went to pick up come kebab and rice take away for dinner and ended up ordering six kebab meals instead of six individual kebabas. We weren’t hungry at dinner or breakfast anyway.