We were going for a bit of a half day today – or rather it ended up being a half day, we were delayed in the morning with some bike issues that took some time to work out and it was late morning by the time we got going.

Ice on the tent in the cold morning 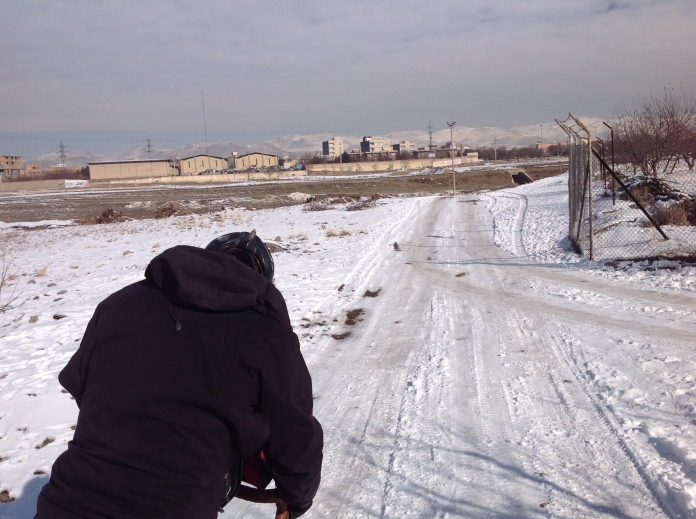 Heading back to the main road from camp

We were passing by a UNESCO heritage site, a domed mausoleum belong to one of the Mongol rulers of Persia from the thirteenth century. It was only six km out of the way and we figured we’d look around and head on. 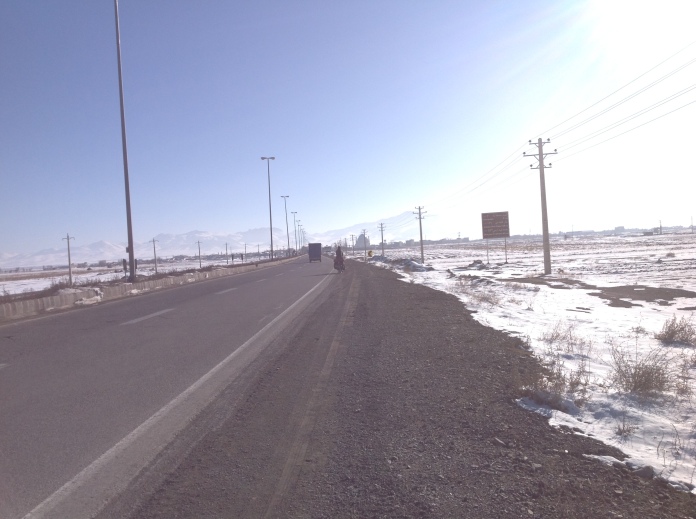 Well by the time we reached Soltanieh after a long flat morning riding next to snow gleaming in the sun it was late afternoon. We just changed it to another half day and spent the rest of the daylight in town. 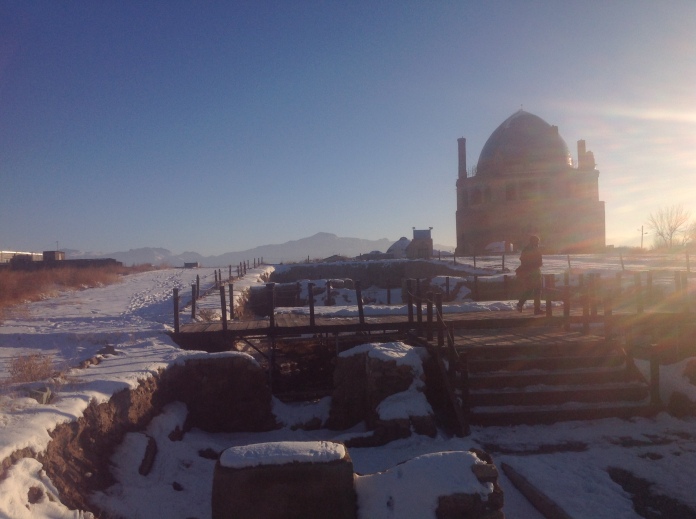 The approach to the mausoleum 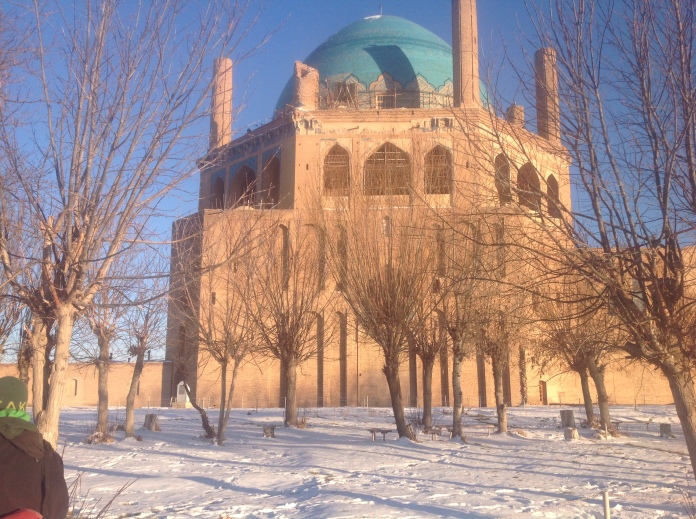 We timed our visit to the mausoleum with sunset. We found ourselves out up on the roof of the building looking out if the flat countryside as the sun dipped under the mountains that marked the limit of the flat basin. 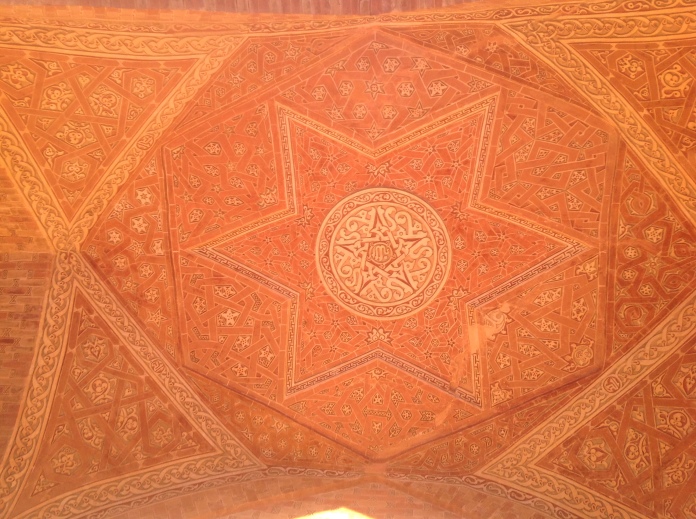 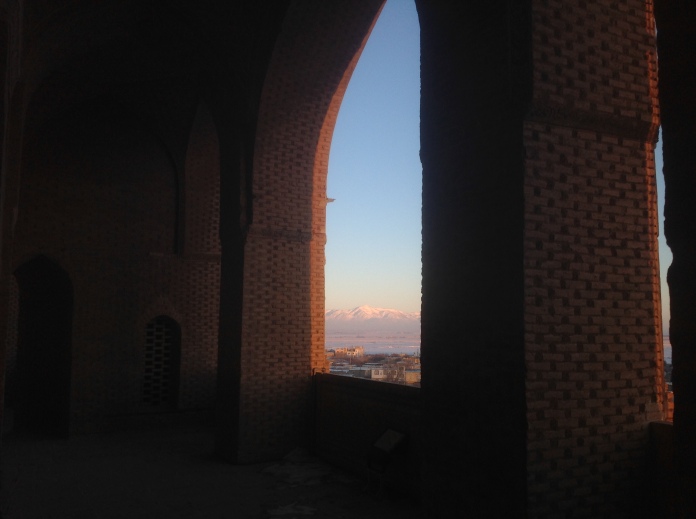 After that it was, of course, dark and so we got back to the bikes and rode a small distance out of town, looking for somewhere with some coverage from the road in the flat terrain. There were some piles of dirt now covered with snow that we set up behind. It wasn’t great shelter if the wind blew in, but it was a clear night and calm the whole way through. We were up at 1800m now though, so it was certainly our coldest night yet.