A frosty clear morning. Our little field by road, walled as it was on three sides was very well protected from the wind which warmed us a bit, but it was below freezing all night and most of the morning too. No matter though, this is why we had picked up all that winter gear so we wrapped up and headed off.

Gentle climbs up into the 2000m range this morning. It started to get cloudy and windy and near the top for its for the morning we cycled with icy beards. We had just a couple more small summits to cross and it was fun, riding real freezing cold for the first time – something neither of us had really experienced before.

Riding along at this elevation was exhilarating and the descent down into warmer heights came at just the right moment, as fingers and toes and noses were starting to get just that bit too cold. A good kebab lunch warmed us up, and a run in with some gradations moustachioed Kurds in traditional garb (loose fitting clicks and shirt, winched at the waist with a thick cummerbund) was a great highlight that set us off with raised spirits. 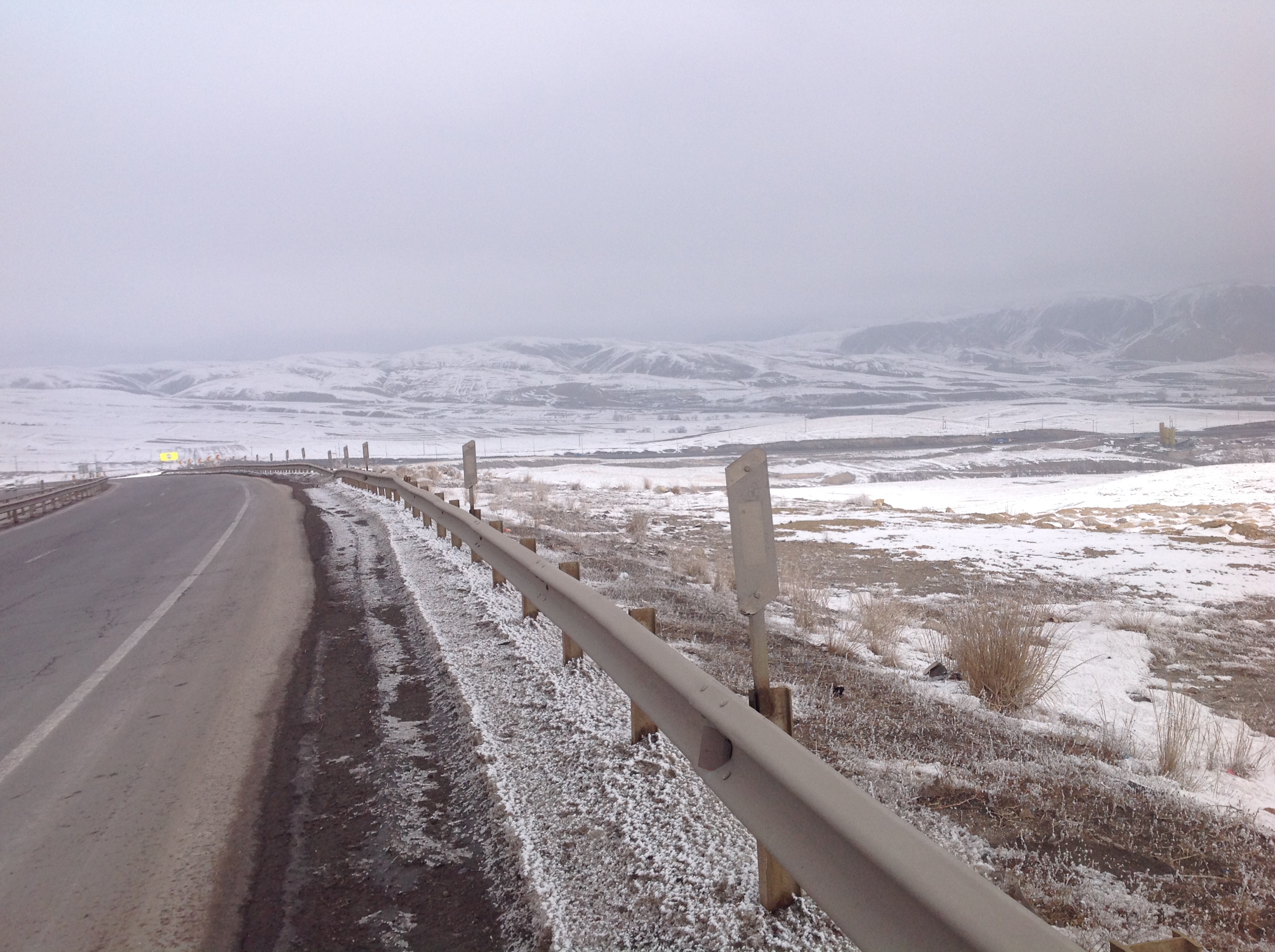 with the Kurds in their traditional dress

It was generally downhill after that, though so gradual that it may as well have been flat. We had been riding in parallel with the freeway connecting Tabriz to Tehran, but now we turned away on the old road that would take us on a quieter route down through the mountains. 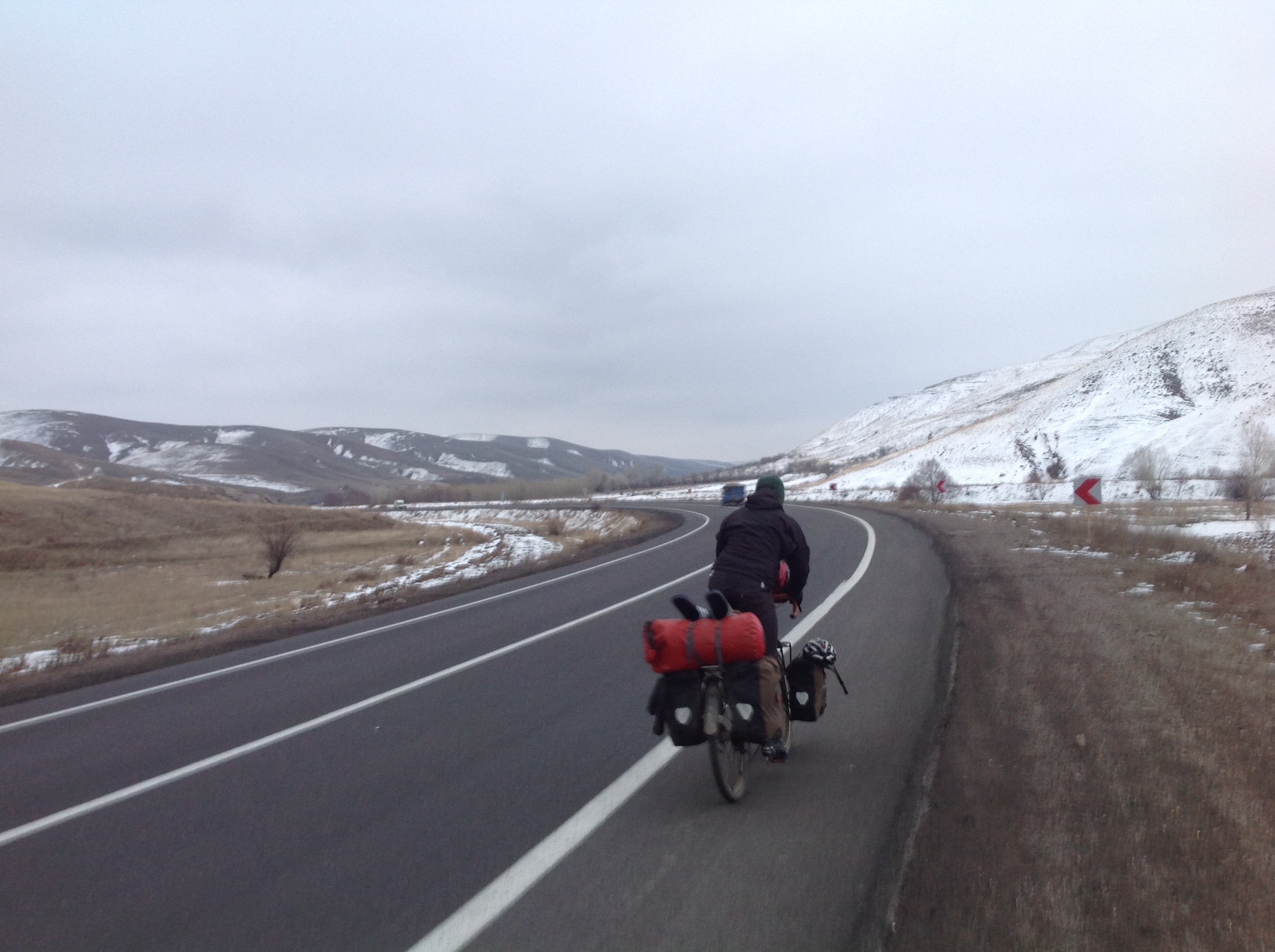 the nice and relaxed old road

Just before dark we pulled up into a small hamlet to pick up food for camp. We were again offered chay, or tea, by the owner who could clearly see we were pretty cold. Outside the town we found a good campsite over a stream in a small gathering of tress that kept the snow from the ground. We set up and quickly got into the warm sleeping bags as night closed in and the temperature dropped.

One thought on “Day 96: Outside Tabriz to Mehman”