It started raining last night as we slept. When we woke up it was still coming down and despite our hopes that it would clear up with we waited it out it in the morning it continued all day. Finn also woke up to a flat which is never a great feeling but despite it all we were excited today, we were getting off the coast road and up into the mountains. Not only that by we would be crossing the highest pass of our trip, up 3000m from sea level today!
We got going late in the morning, we waited as long as we could but the rain did not let up. As soon as the road turned off into the mountains though it was clear that this was the right decision. Even though most of the higher peaks were obscured by clouds the scenery we could see was fantastic,: really tall, steep slopes with terraces of tea clinging to the sides all the way up the gorge and houses placed on the sides of the hills that looked like they might fall into the last flowing river below at any moment. In fact the rain almost added to the whole experience, as I’m sure this what the weather is like most of the time.

first look at the foothills of the Kasçar

there we loads of rafting places by the river

While climbing up this gorge Finn unluckily got another flat. Figuring that there was a piece of cable or something else equally small and invisible caught in the tyre somewhere we swapped it out for my old tyre I was still carrying and put in the last patched tube we had between us. It was so wet and not warm (it wasn’t exactly cold) that the patches wouldn’t vulcanise properly to the tube. Pushing on to the village of Camlihemsin, the last stop before the pass we had to cross, and we realised my old tyre was worse off than we thought as Finn got yet another flat.

houses on the steep slopes

Pulling into Camlihemsin as bit disheartened we looked around for a bike shop but this was more mountain outpost than tourist village so that was a no go. Retreating into a cafe to assess our options we realised we probably wouldn’t be able to cross the pass today. We had lost too much time waiting out the rain in the morning and the flat tyres had eaten more time than we thought. It was getting late and we didn’t want to attempt the pass in the dying light of a rainy day. 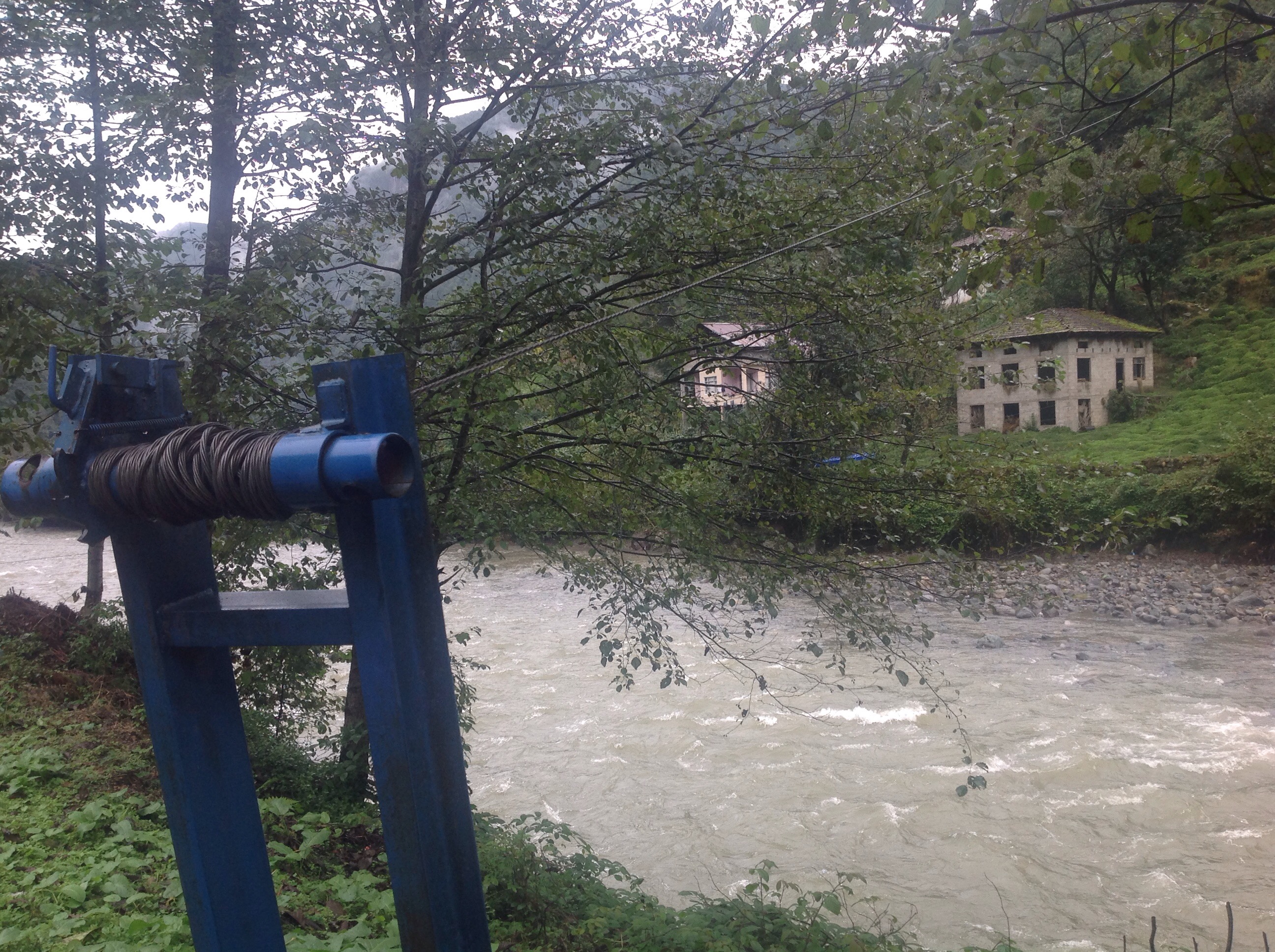 We retreated back down the gorge a couple of kilometre, Finn pumping his tyre every few minutes, back to some gazebos by the road we had passed on the way that we figured would give us some shelter from the incessant rain.
Even though we had only made it less than 40km today, it was still more interesting than most of our days riding the Black Sea coast, and on that account we figured the day was a success. That and there was a little roadside mosque next to the gazebos that I couldn’t fit in but Finn could lay down comfortably in to get out of the rain.

some welcome shelter next to the road. this is where we camped that night