The riding today was the same as yesterday, a bit flatter but through a lot of industrial areas which signalled the started of the sprawl spreading out of Istanbul and the surrounding towns. Once again I ended up only taking a couple of photos that signify what the riding was like for most of the morning. 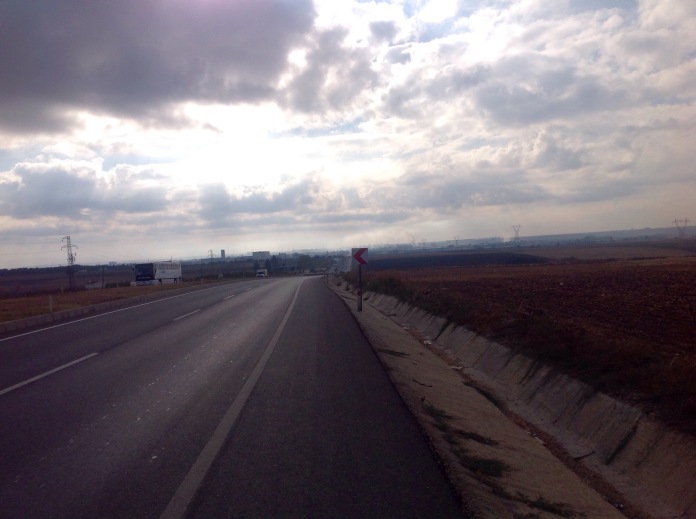 There was going to be a significant event today though: reaching the sea, we’d been away from the coast since leaving Split almost a month ago. We got the first glimpse of the sea shortly after we stopped for lunch. We had covered a lot of distance again this morning, and we were planning on continuing our practice of camping a little bit outside the city we intended to stay at so that next day we could spend most of the day in the city and not riding to it. 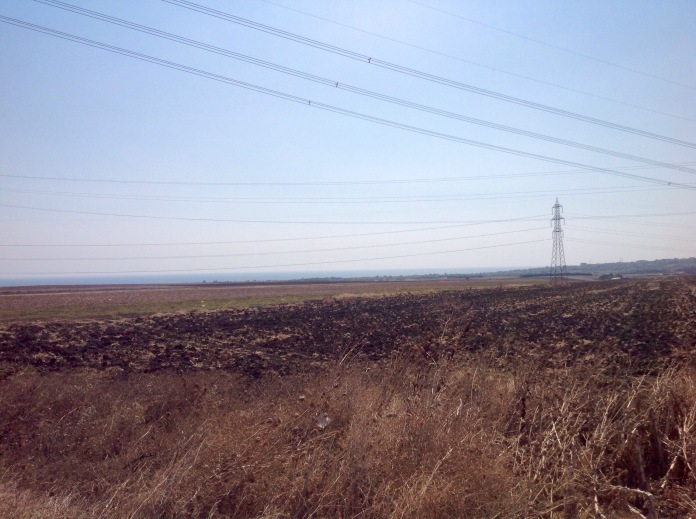 first glimpse of the sea

Istanbul was not only 50km away and it was mid afternoon so we had some time to kill and decided to ride into and spend some time at the costal town of Silivri.
Silivri was a busy place right by the sea, it had a nice promenade right by the coast that was packed with people and a main square a few streets up that was equally busy. We posted up in a cafe by the sea, I had got a puncture at some point riding into town so I went to fix it. While fixing it a group of kids came over and watched, enthralled by the act of patching a tyre. One kid had shown up on a pretty nice bike and once I had finished, followed me back into the cafe and sat down with me and Finn. 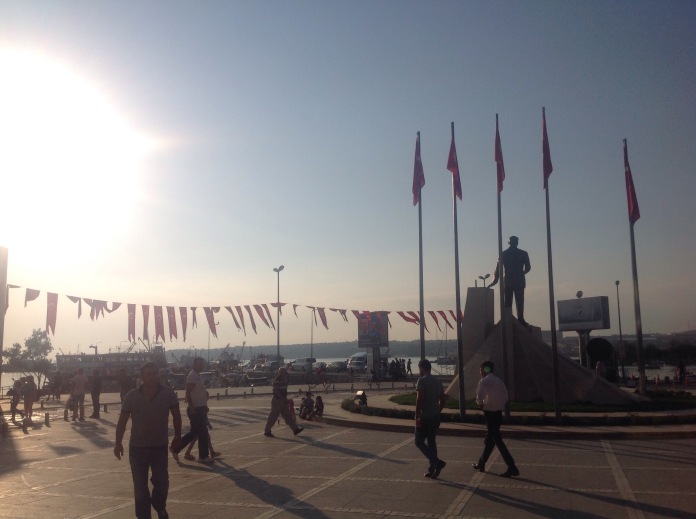 After some google translate conversation we learned he was from town, it was summer break and he wanted to ride his bike around with us. He wasn’t very impressed with the leisurely break Finn and I were taking. The poor guy just wanted to cycle , but we here we were lounging about a cafe! We did, eventually, get going and he had a great time following along on his bike and leading us back to the road to Istanbul. 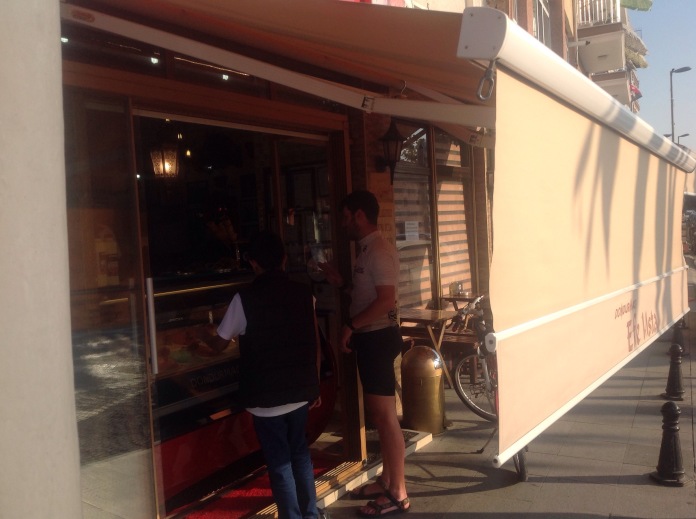 getting our little buddy an ice cream

Here we said goodbye to our little friend and not thirty seconds had we said goodbye to him did we see two cycle tourers riding along on the road we were about to join. We shouted some hellos and the rode up to them.
These two tourers were Josh from England and Abey from the US. They were both on tour individually across Europe and had ran into eachother in Albania and decided to team up for the remainder of their ride, which was finishing in Istanbul. All of us were in the same page, looking for somewhere to camp before heading into Istanbul tomorrow so we decide to team up for this last night and day of their journey. 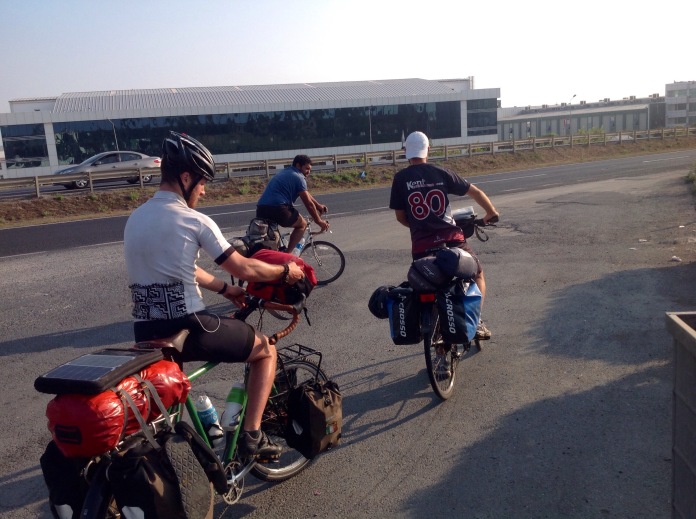 rolling out with the Josh (in the hat) and Abey

We rode out of Silivri together looking for, once again, a petrol station to stop at. We found one maybe thirty minutes later, a BP that had a small area off to the side with a canvas roof and a couple of tables – the little area seemed made for our purpose. We cooked dinner for Josh and Abey with the remainder of out pasta and talked about, well pretty much one, thing for hours: how darn fantastic cycle touring is. Josh and Abey were noticeably excited to be finishing their tour tomorrow, it was great to spend some time with other tourers after so long cycling and camping just the two of us. 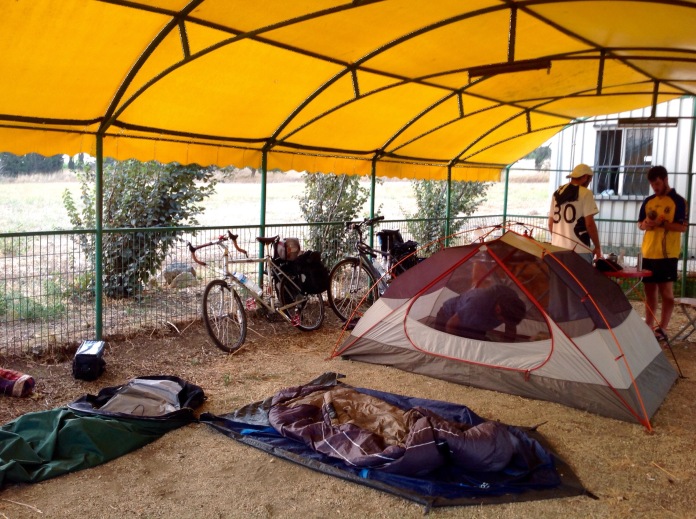