The day of our arrival into Belgrade we ran into not one but three people from Ireland!
The first was shortly after we woke up, we had camped 20km outside Belgrade so we could get a whole day out of the city when we arrived. On the road out of our where we had slept we ran into a guy with a dog at a gas station. He overheard me and Finn talking and came storming our the bathroom where he was filling water bottles. This was Mark Keating. He was from Brey and was in the Balkans walking a big loop for four months with his dog Pajo to raise money for Crumlin. He has just started so I’d say running into two guy from back home would have given him a nice lift in the spirits, he seemed to enjoy the chat for sure. He has his own website you should check out: http://www.whitewaterireland.ie/whitewaterfoundation/walk-for-their-lives-1915/ 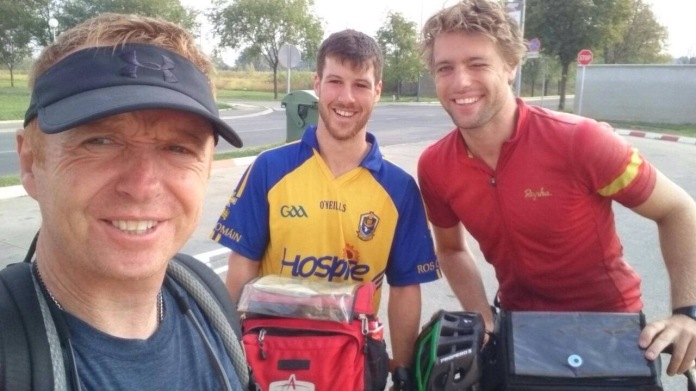 Leaving Mark behind after a long aul’ chin wag we continued on to Belgrade. The toad into the city was really busy, but with a stroke of good fortune we managed to find ourselves on a quieter back road that followed the Sava and then turned into an even quieter cycle track which we followed all the way into the city.

While stopped at an intersection to get our bearings on the way to a hostel we heard someone shout at us with a Cork accent. This was Carolyn; currently living in Dublin, originally from cork. She had just finished a cycle along the Danube with her boyfriend Gavin. She invited us up into the apartment they were AirBnBing for tea (which was greatly appreciated as the apparent was air conditioned and we’d been out in the heat for four days). We had a good natter there with the two of them.
Our hostel was not great, but it was a bed indoors which is all we really need in the end. It had a bath though, which was a plus, I could finally repair the small puncture in my air mattress that had been there since Croatia.
As always most of our time in the city was spent researching, planning and acquiring stuff for the tour but we got a bit of sight seeing done, as much as there is to be done in Belgrade. On the second day Finn finally heard back from the Croatian post that the package he had been expecting in Split was in Zadar and that he had to go collect it in person. Finn took the night bus back to Zadar, I stayed in Belgrade. 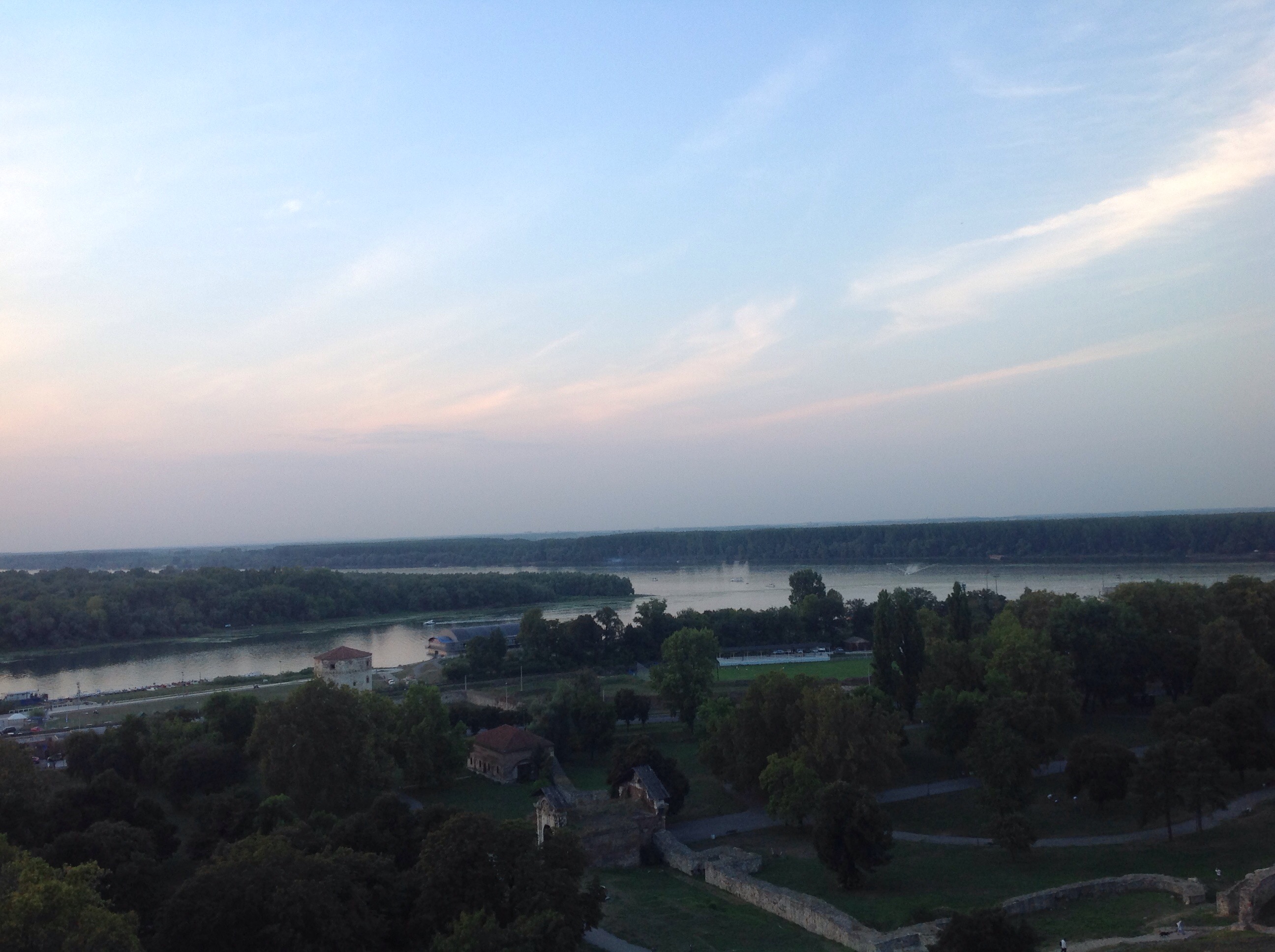 view fom the fortress in Belgrade, looking over where the Sava meets the Danube

We met back up again at 7pm the next day, Finn with solar charger – the contents of the package – in hand. We were to leave Belgrade this evening and find somewhere just outside to camp, but walking back to the bikes we passed an open air cinema set up in the park, and decided to watch (it was The Usual Suspects). Unfortunately a huge rain storm blew in and it had to be cancelled as everyone ducked for cover.
We waited out the storm and then got back to the bikes. We rode out to the banks of the Danube and found somewhere to camp.

riding along the river to find somewhere to camp 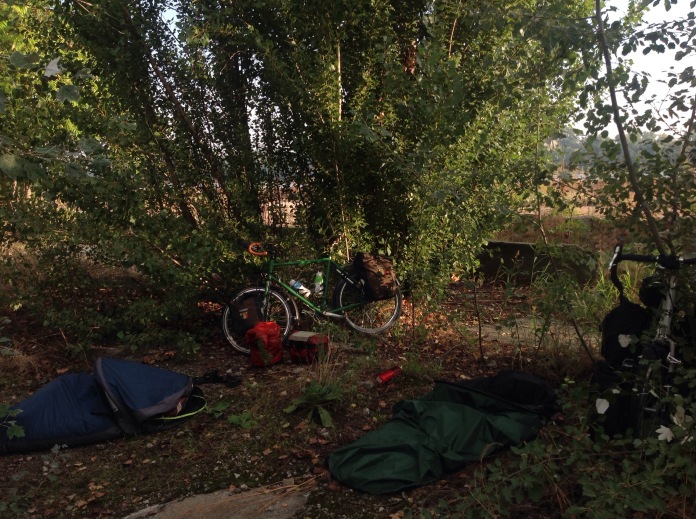