We had read about this part of the EuroVelo 15, the route that follows the length of the Rhine. Apparently the stretch from Bonn to Bingen was one of the most scenic of the whole route. It really was impressive. The river wound through a hilly countryside, and at almost each wide meander a castle, ruined or restored sat atop the highest peak. 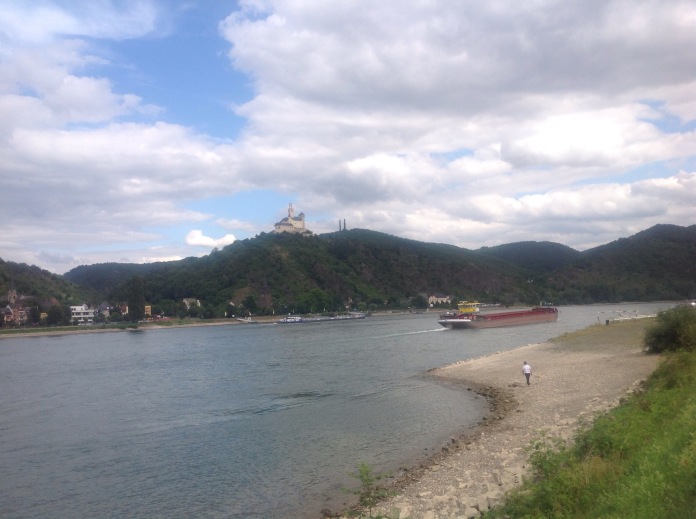 It was, once again, pleasant and easy riding and we covered a lot of ground without even realising it sometimes.

At points the cycle route would veer away from the river. These brief changes in scenery were nice, a good way to break up the Rhine route, lest we become bored with the constant beautiful views the riverside path afforded. 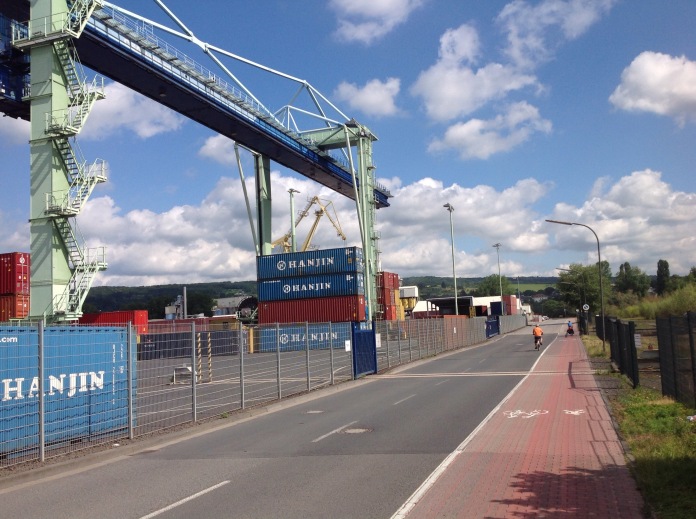 As they day wore on we found ourselves passing though more and more small towns and villages, all seemingly stuck in time two hundred or so years ago – probably restored to seem as such, but still we appreciated the variety. 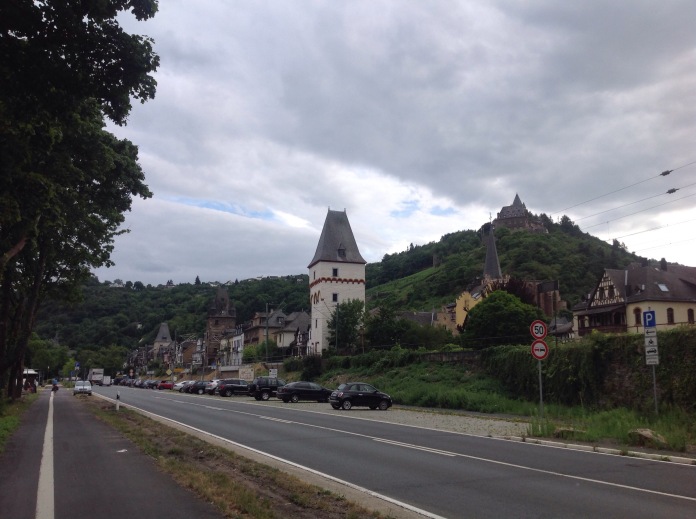 As it got later we started keeping an eye out for places to set up for the night. There seemed to not be many potential spots to camp, all the land was either cultivated, someone’s house or a steep hill. As we pushed on into the evening though, we spotted small islands and peninsulas near the shore, silt deposits from the river that had built up. We finally found one that we were able to roll our bikes out too and set up for the night. 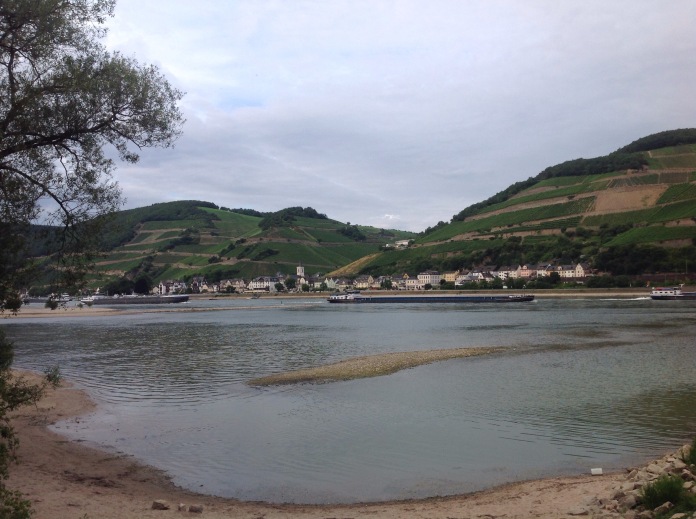 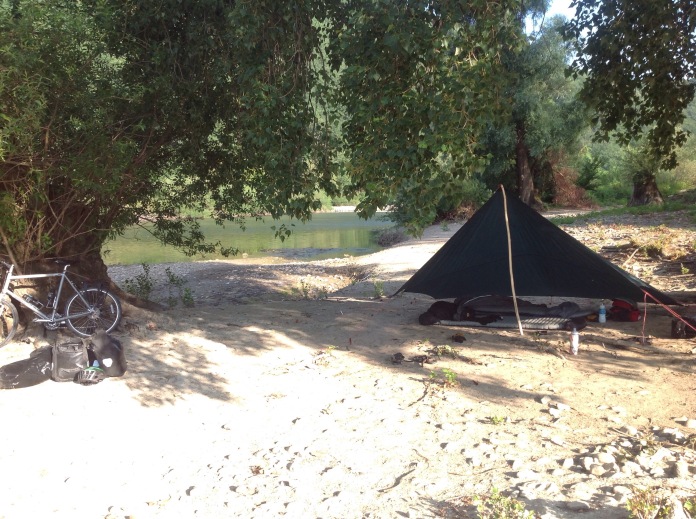 It would have been a great day of riding, an almost flawless day. Unfortunately, we hadn’t properly filtered the water we cooked with that night. At least, that’s what we think happened. Shortly after dark, laying under the tarp we both started to stomach cramps and were violently sick. It continued all night. It was awful, I’d say we got about five hours of sleep between us. Oh well, chalk it up to experience or something.