Our host told us in the morning that we should be able to pick up the Route 5 outside Flint, the town he lived above. We thanked him for the use of his field and rode downhill into Flint. We had a bit of trouble finding the Route 5 at first but got directions from a train station attendant in town and were soon on our way to Chester.

getting directions at Flint

The Route 5 to Chester was pleasant and uneventful most of the way. The cycle track was an old railway line that followed the canal so we had an easy ride all morning.

Part way along the trail I got talking to another cyclist who turned out to be from Chester and guided us into the city along a route that took us through the Chester race course.

We spent a little time in Chester looking around the old Roman town. We got some basic onward directions from the tourist information centre there that led us out of town on another nice cycle track.

getting more directions at Chester

We lost our bearing a little bit coming out of Chester but another passing cyclist put us on the right track to Frodsham, where we stopped for lunch. Here after a bit of wifi research over lunch we found out about the Trans-Pennine Trail, a cycle route just north of us that could take us all the way to Hull.

We were recommended a nice route from where we were to the trail by a bike shop worker. Another short ride through typical English country side later and we had arrived at the trail. 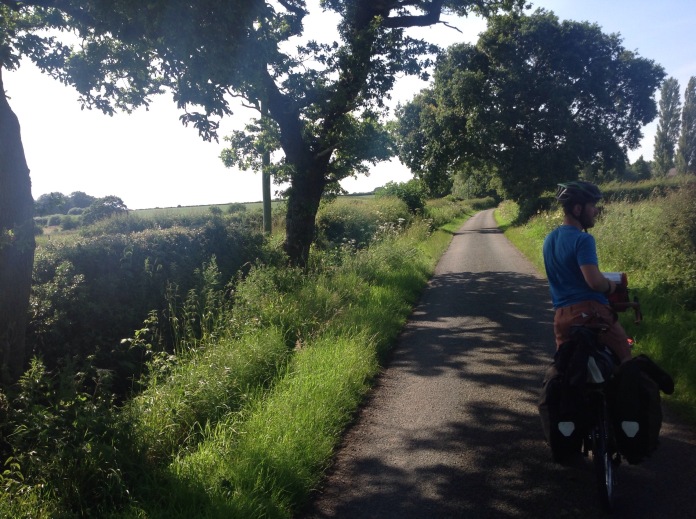 We joined the trail an hour or two after leaving Frodsham and it was just a long, straight path that skirted Manchester. Quite different from our afternoon ride of stopping for directions every couple of hours, now we were on the path that should take us all the way to our end destination of Hull. 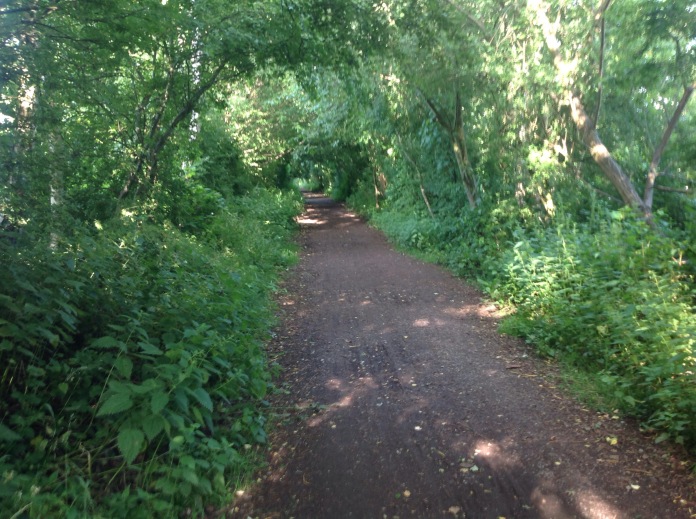 straight, flat riding along the TPT

Around 7, a couple of hours after joining the trail we turned off to find somewhere to camp and came across a perfect secluded, vacant field almost immediately. Filling up our water at a nearby sports ground we settled down to a calm, sunny evening. 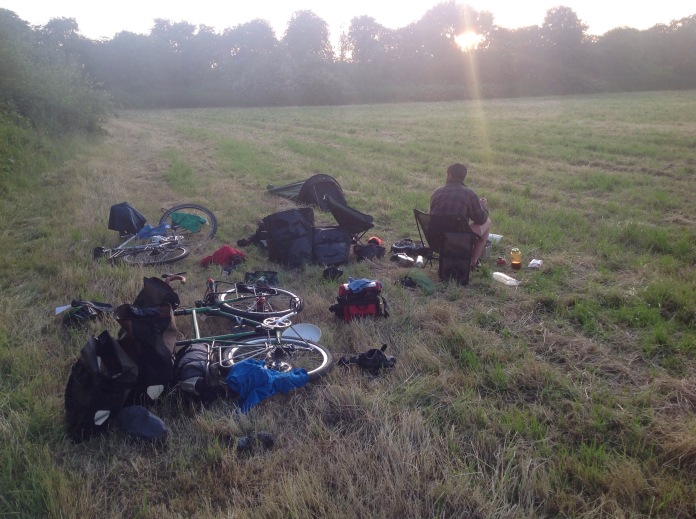 camping just off the TPT