I woke up to the sound of a fishing boats propellor off shore. Then the sound of footsteps – not something you want to hear when your campsite is not entirely official.

Leaving my tent, it turned out the footsteps belonged to one of the campers from the site yesterday evening who had come down to take photos of the sunrise. I got him to grab a photo of me.

I also got that fabulous photo of my bike and the rising sun.

I cut across country from my coastal campsite to the city of Nanao where I could get on the bridge to Notojima. I ran into some young guys who were touring the peninsula in the opposite direction as me.

A little way past Nanao was an onsen town I tried to visit. In a apart by the shore there was a free foot-bathing hot spring that looked out across the sea. 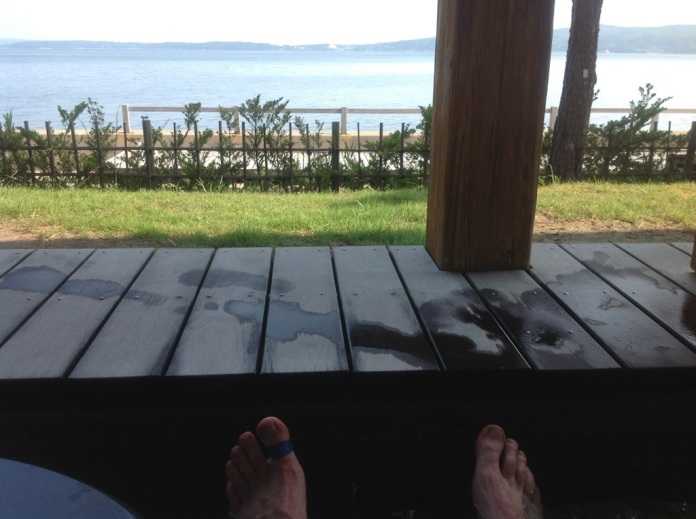 The bridge from the mainland to Notojima was a sleek modern construction, one of two (the second I would cross tomorrow). At the top a got a nice view of the bay. 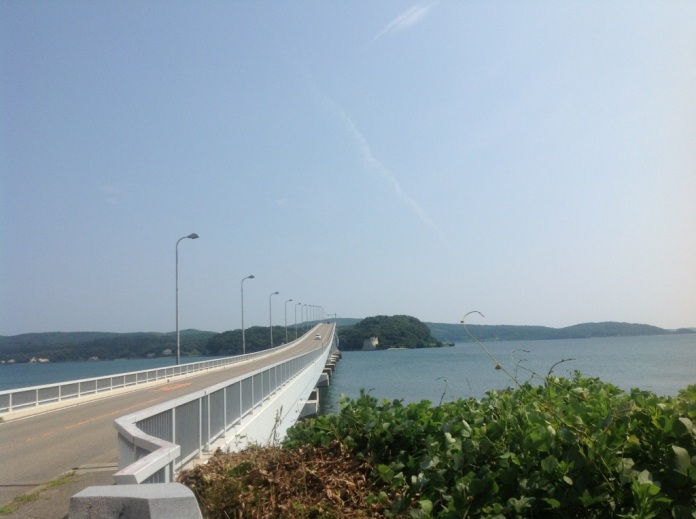 The route around the island stared off developed enough but I was soon cycling on country roads past rice paddies and fishing villages. It was a really nice day trip, a bit out of the way of my main route but well worth it. I finished up a bit earlier around 3. 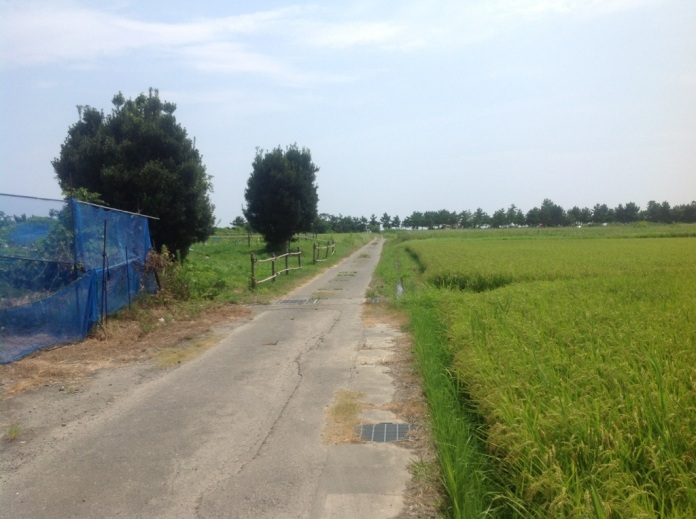