Last night it snowed but in the morning the sky was clear and the sun shining. We started the morning off climbing up to the top of the pass. The descent down the other side was long and exhilarating in the cold morning air of the plateau. Minivans full of Tibetans honked and waved and some even stuck their phones out to get photos of the crazy foreigners who had decided to cycle up here.

Finn greets a Tibetan on a motorcycle

André the Swede, happy to be back in snow

The descent terminated when we reached a clear, fast flowing river in a green grassland. We followed a wide meander in the river into the town of Qumarlê. As we entered a whole load of locals came out of nearby building and swamped us with hellos and greetings. It was as if they were expecting us, some of them must have passed in those minivans. 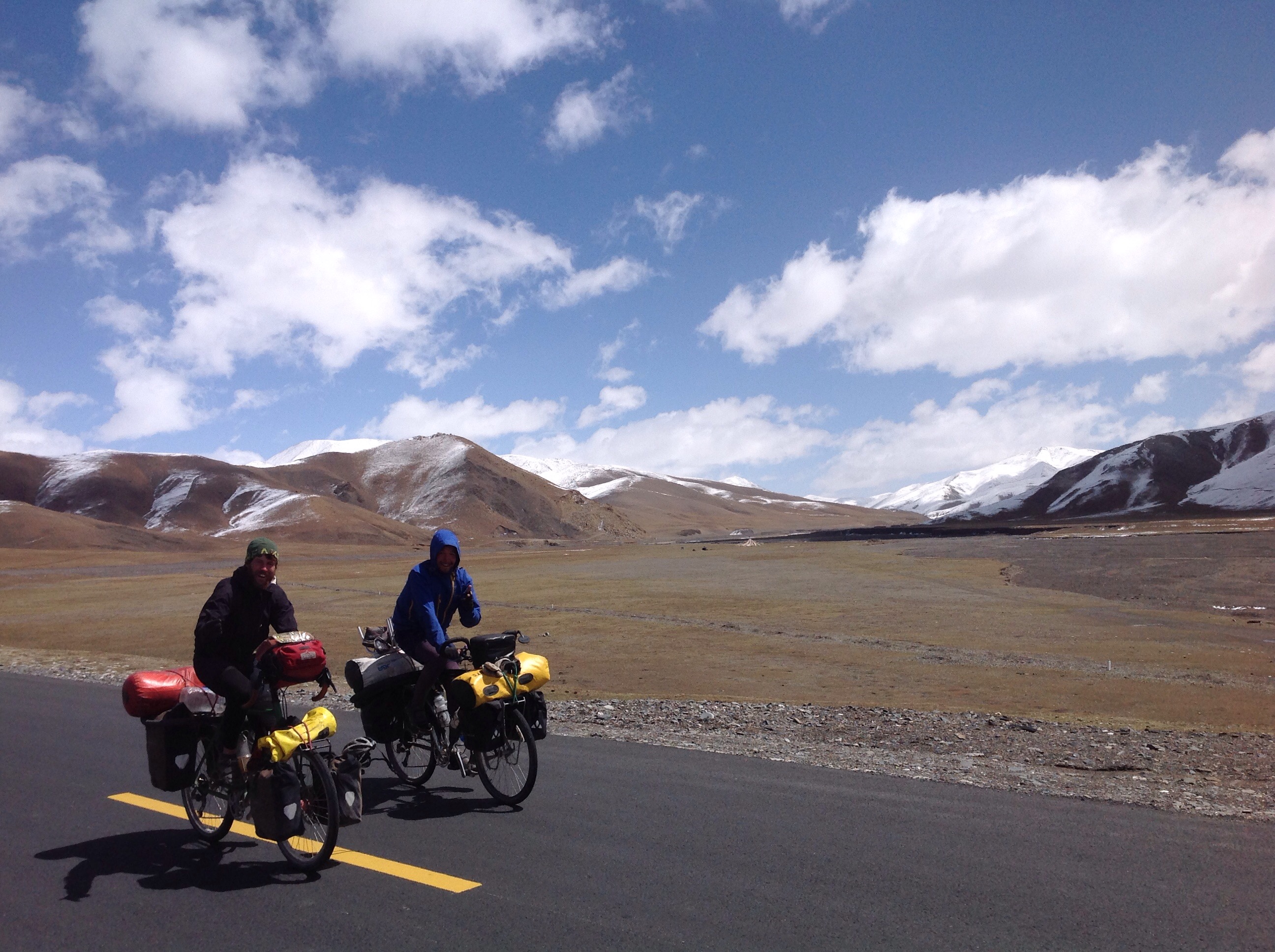 all smiles after a long descent

We spoke with this welcoming party as best we could, told them where we were from and where we were going then took a couple of photos with them and said goodbye. We decided to have an early lunch at this town while we were here and stopped in at the only restaurant in town, a place run by a Hui.
After our noodle lunch we went to go explore the small Buddhist monastery behind the town, set out higgldy-piggldy in the wide grassland. We looked around the mani wall (sutra-ensribed stones piled up to make a wall) and a small chapel containing a large prayer wheel. We then passed the young novices who, excited to see us wanted to take some photos of us on their phone. Then an adult monk, their teacher probably maybe the abbot came over with a stern look on his face. We thought we were about to be reprimanded but when he arrived he broke into a smile, took out his phone and asked for a photo of his own. Then he took us to have a look inside the chapel, a small building with detailed paintings of Buddhist iconography in the walls and a large gold coloured Buddha statue in the centre. The place was heavy with the musky smell of yak butter burning candles. 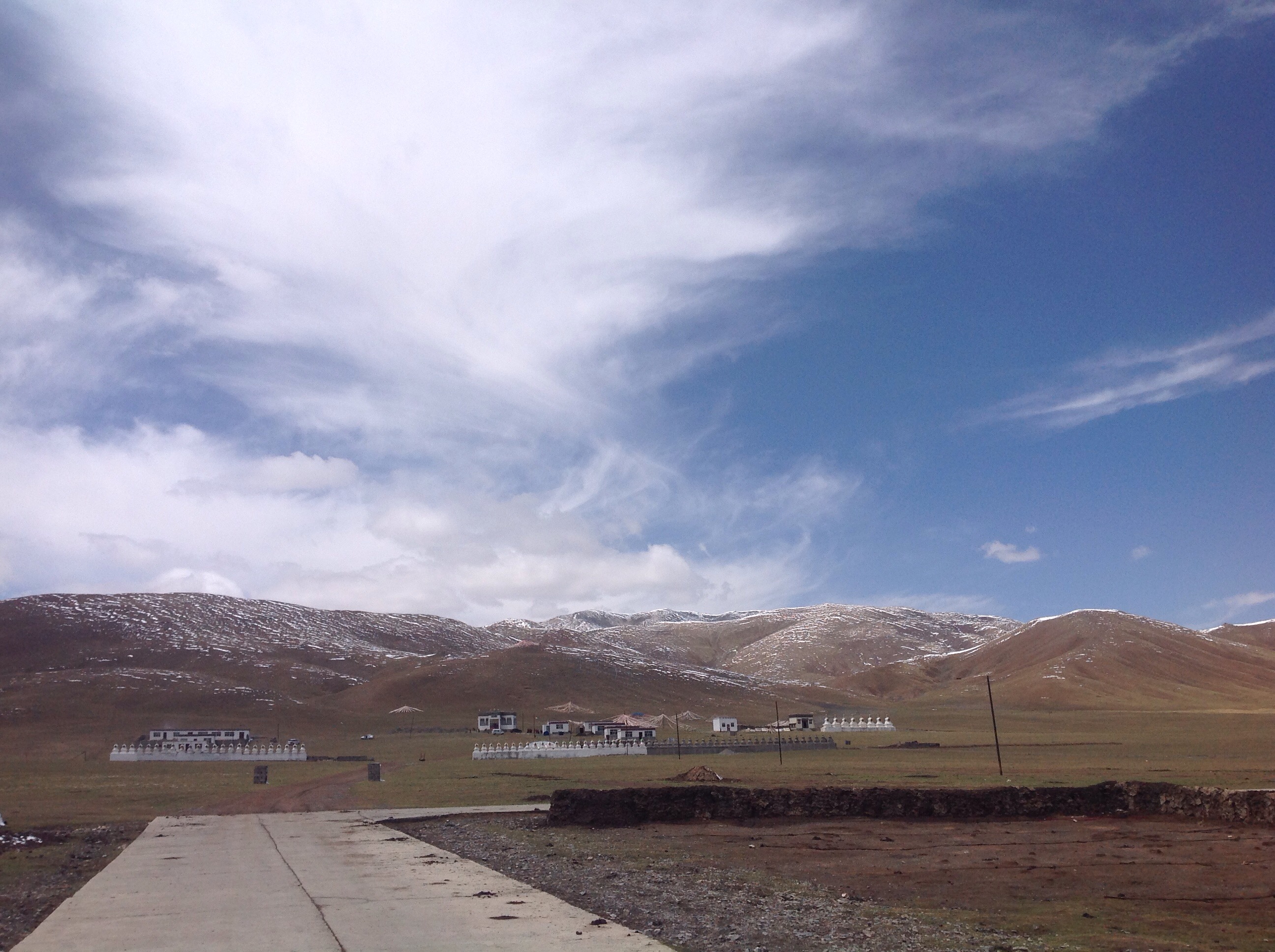 the small monastary on the outskirts of town

a large prayer wheel in one ofmthe chapels 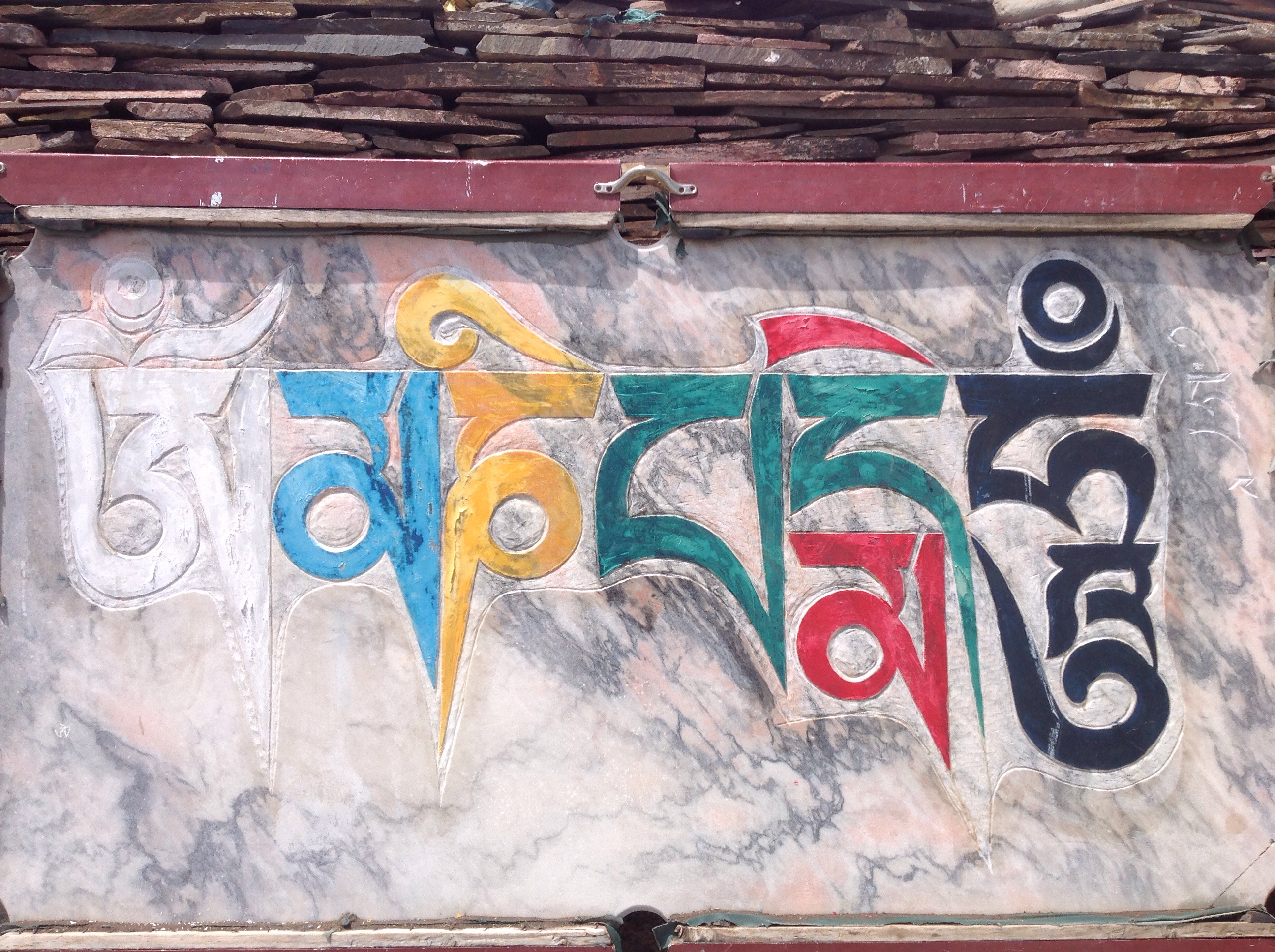 with the novies and their teacher

We decided that this would be a sort of cycling half day so after our visit to the small monastery we cycled for only two more hours, enough to get up over the other side of the next climb where we set up to camp and tried to relax on the windswept plain. 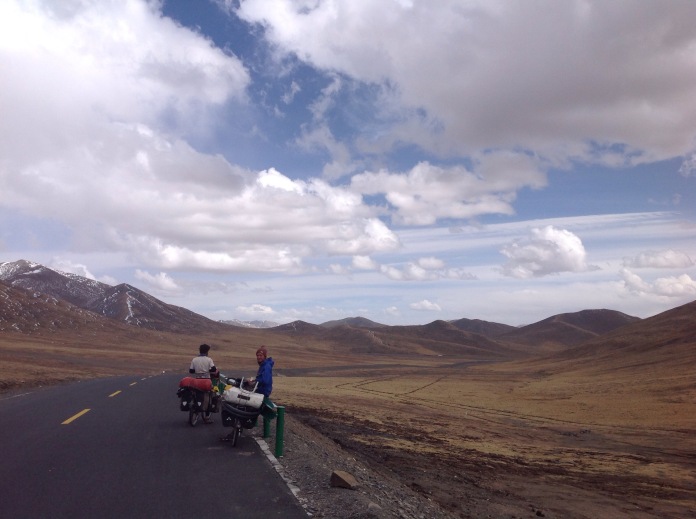 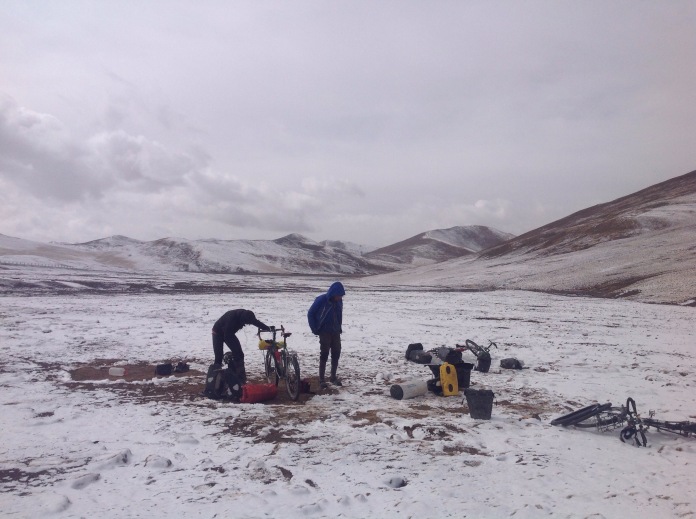