Just before dawn a light dusting of snow fell, as if to make a point that though it was nearly June we were still 4000m above sea level and at nights it would get cold. Breakfast in the same rest stop as dinner the night before and then we took off. We should cross the Kunlun Pass today, followed by leaving the Trans Tibet highway and joining the route S308, a road that runs for 530km across the Tibetan plateau from Budongquan to Yushu.
The road up to the pass was mercifully gradual as the thin air made the going slow. None of us had altitude sickness thankfully, but it wasn’t really an option to push ourselves as any level of exertion would leave us breathless for a couple of seconds. 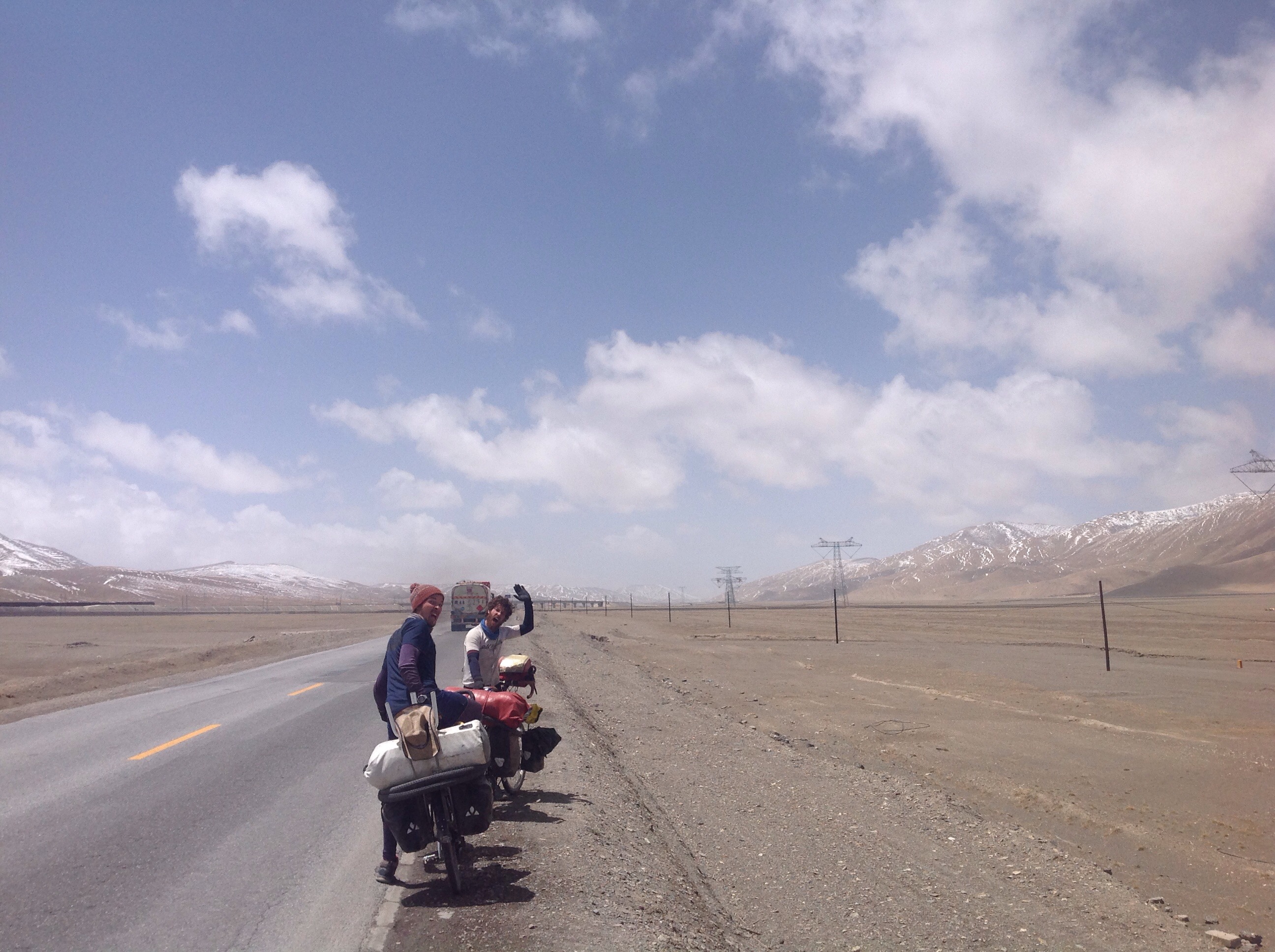 the thin air wont keep their spirits down

The snow melted away quickly and the truck traffic stared up again. We had a shot rest under the bridge of the railway before making the final push to get up and over the pass. 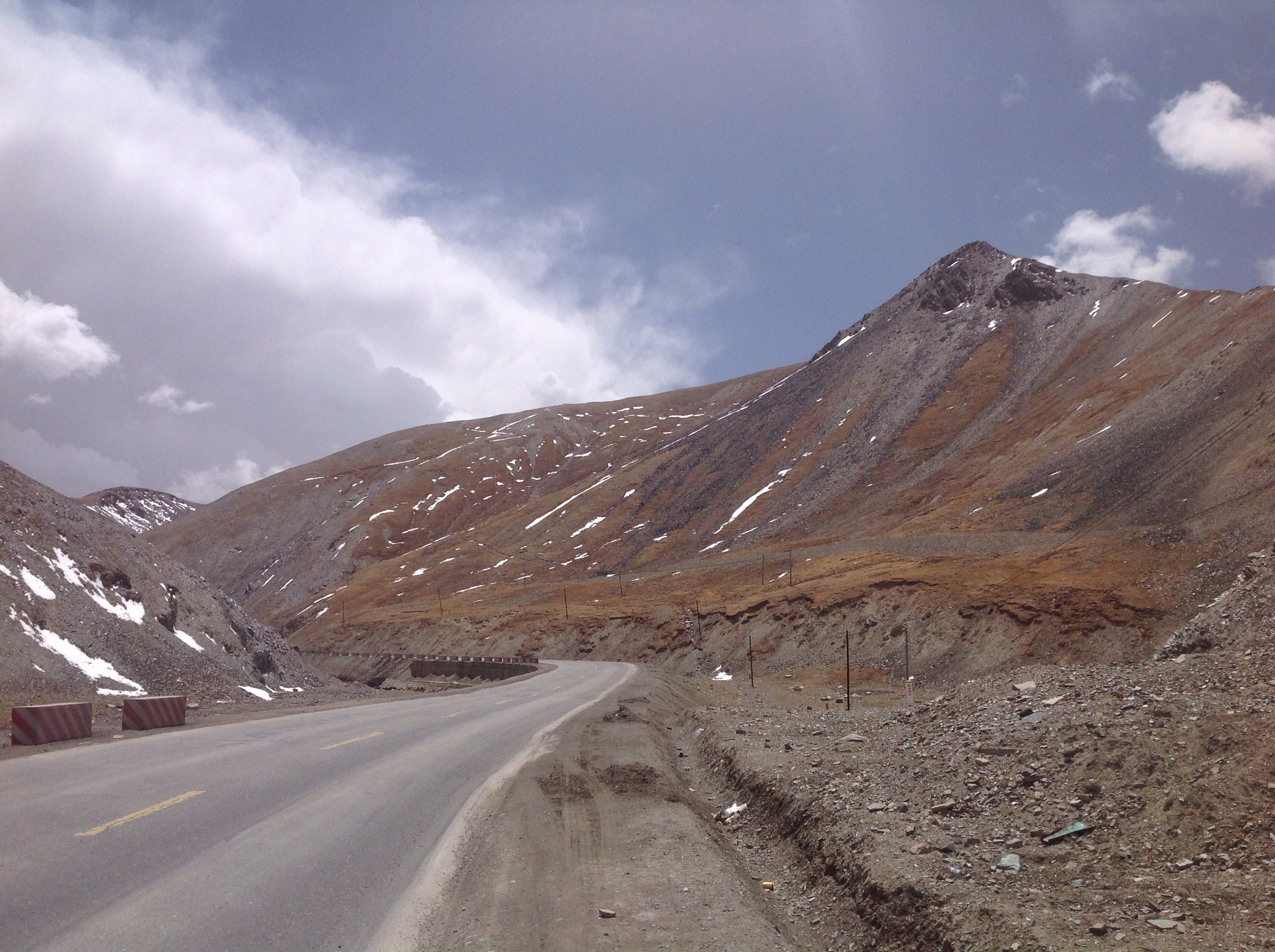 the road as we approached the top 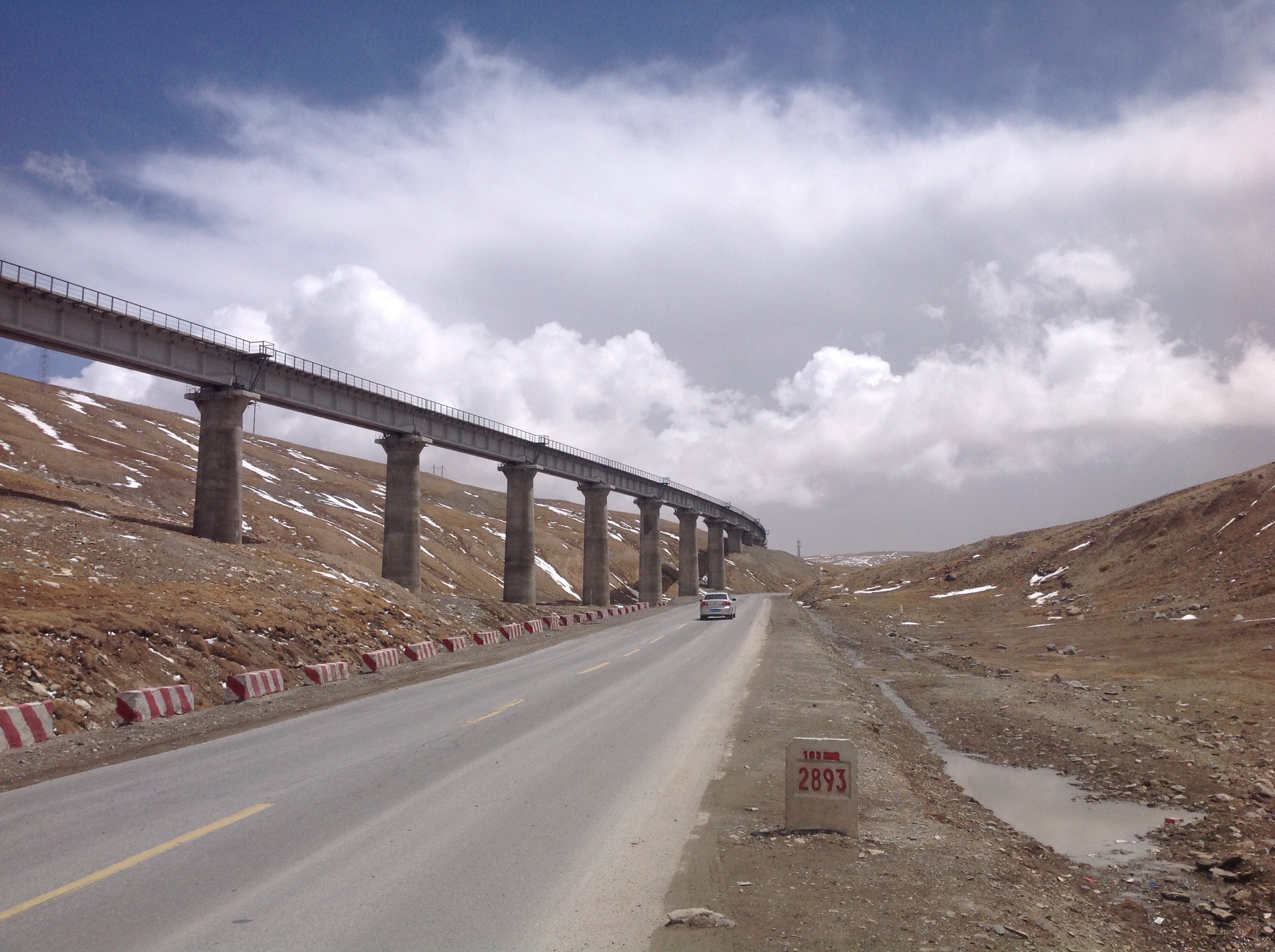 approaching the pass with the trans tibet railway running alongside

It felt great to be up at the pass, with prayer flags whipping around in the strong wind and the plateau stretching out to the horizon in front of us it felt entirely Tibetan. Though it had been sunny all morning a cold, strong wind was blowing up. We wrapped up well for the descent. 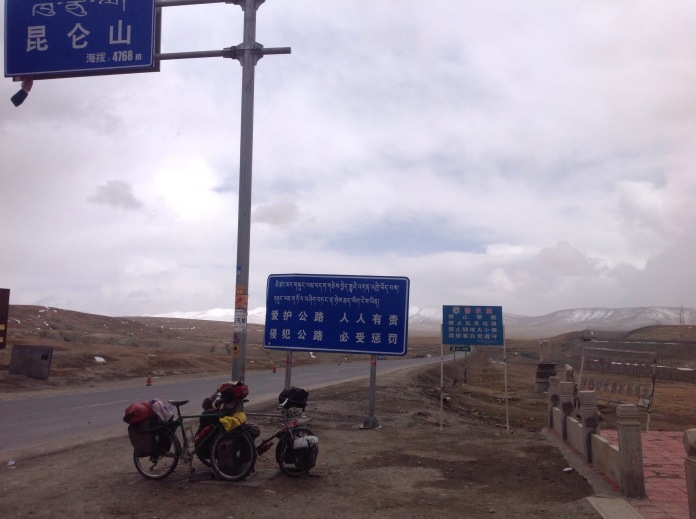 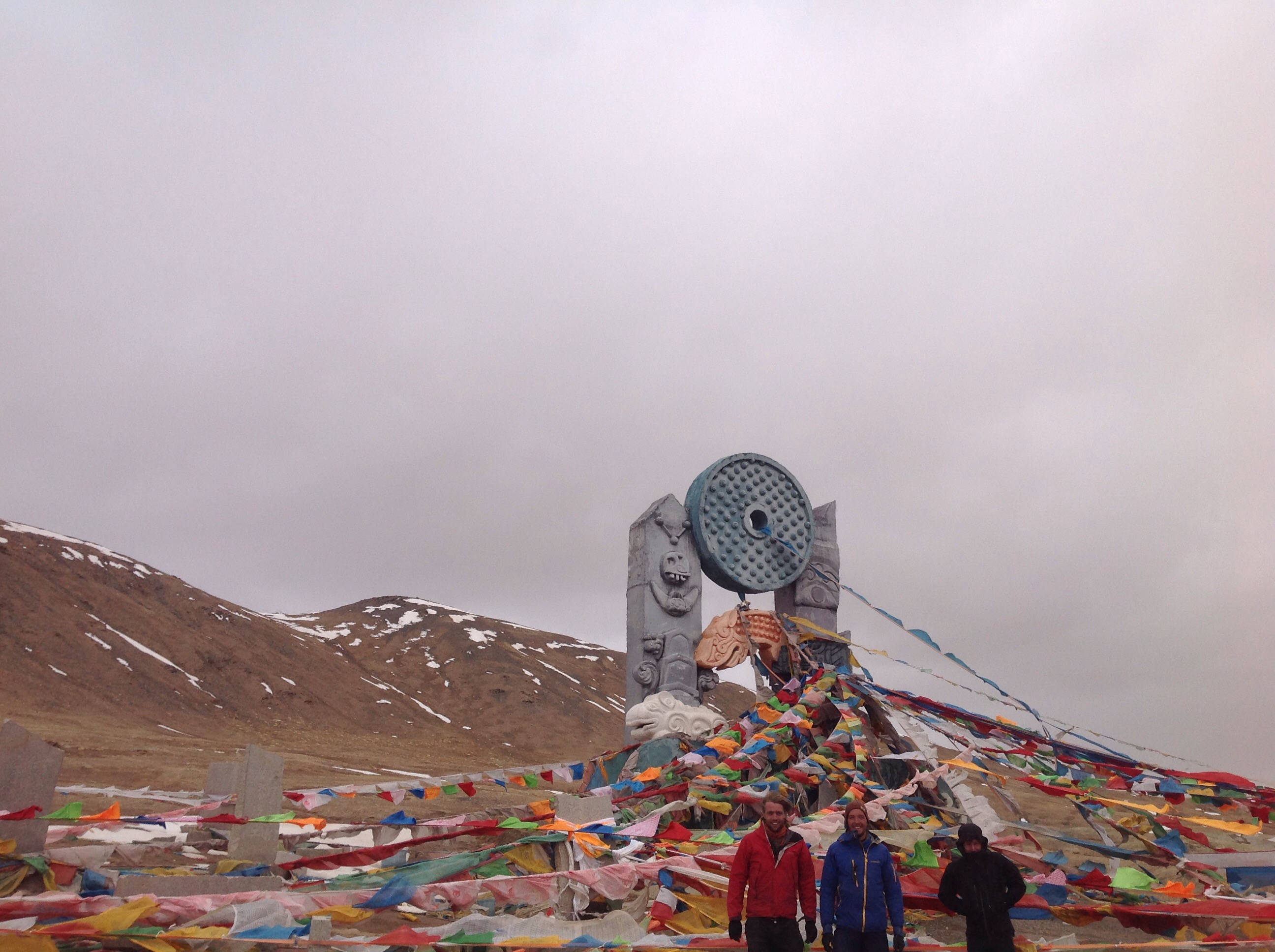 We rolled down the other side of the pass, the bad weather front in constant pursuit. Soon we arrived at the town of Budongquan, a ramshackle place of restaurants, shops, auto supplies and dormitories that’s sprung up around the near constant stream of trucks passing through it. We are lunch here at a place run in part by an ex-tour guide, a Tibetan guy who used to work in Lahsa. His English, as a result, was fantastic and we had a great talk with him while eating dumplings and fried rice. 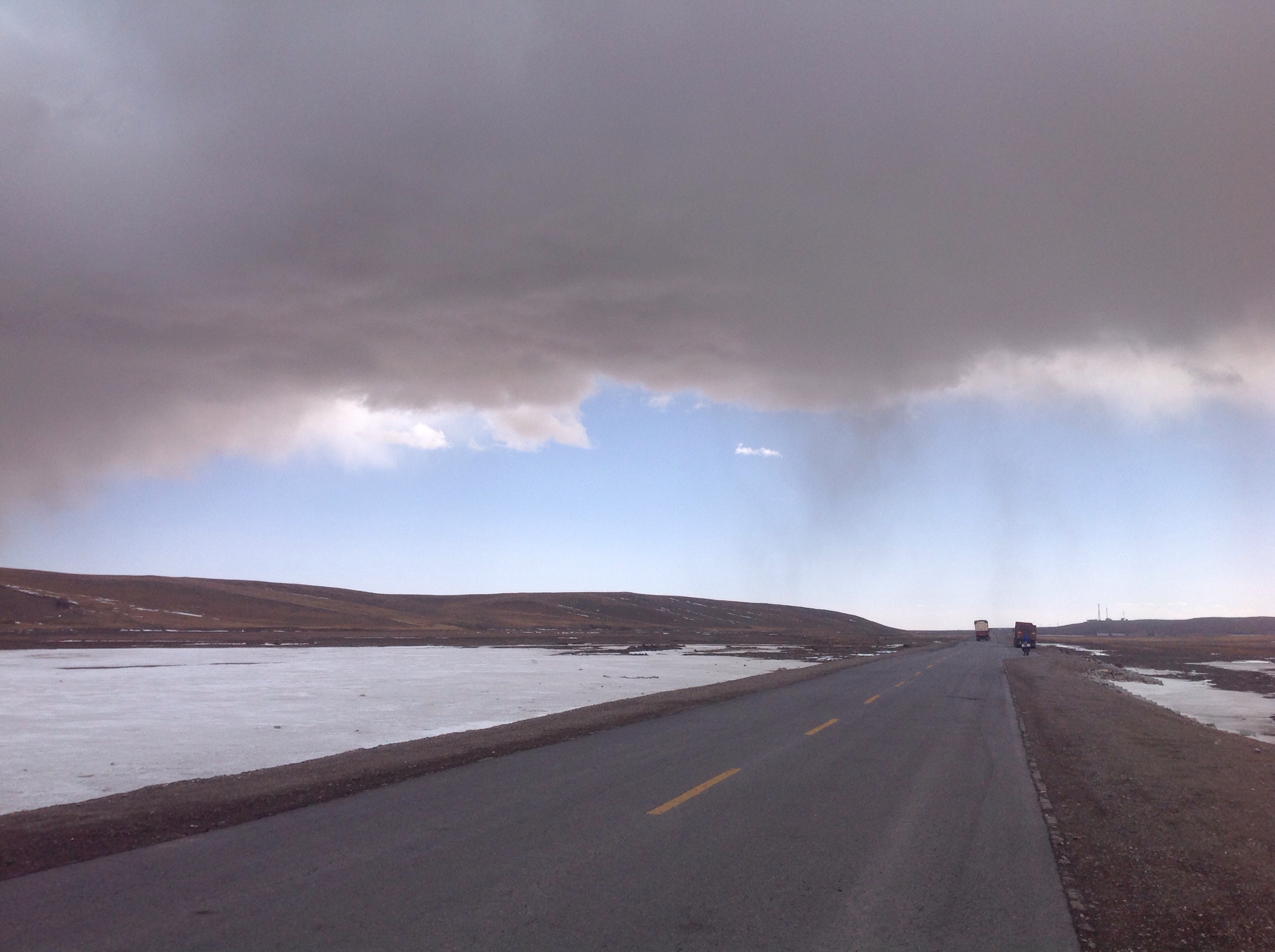 trying to outrun the front that blew in over the pass

We the turned off the Trans Tibetan highway and joined up with the S308, the road that would take us across the plateau to Yushu. Here the landscape opened up and it seemed like we had, at last, climbed up to the roof of the world. A huge sky stretched out above us and the windswept plains of the plateau rolled out all around, terminating in faint snowy peaks on the horizon. We cycled for some time and the made camp. 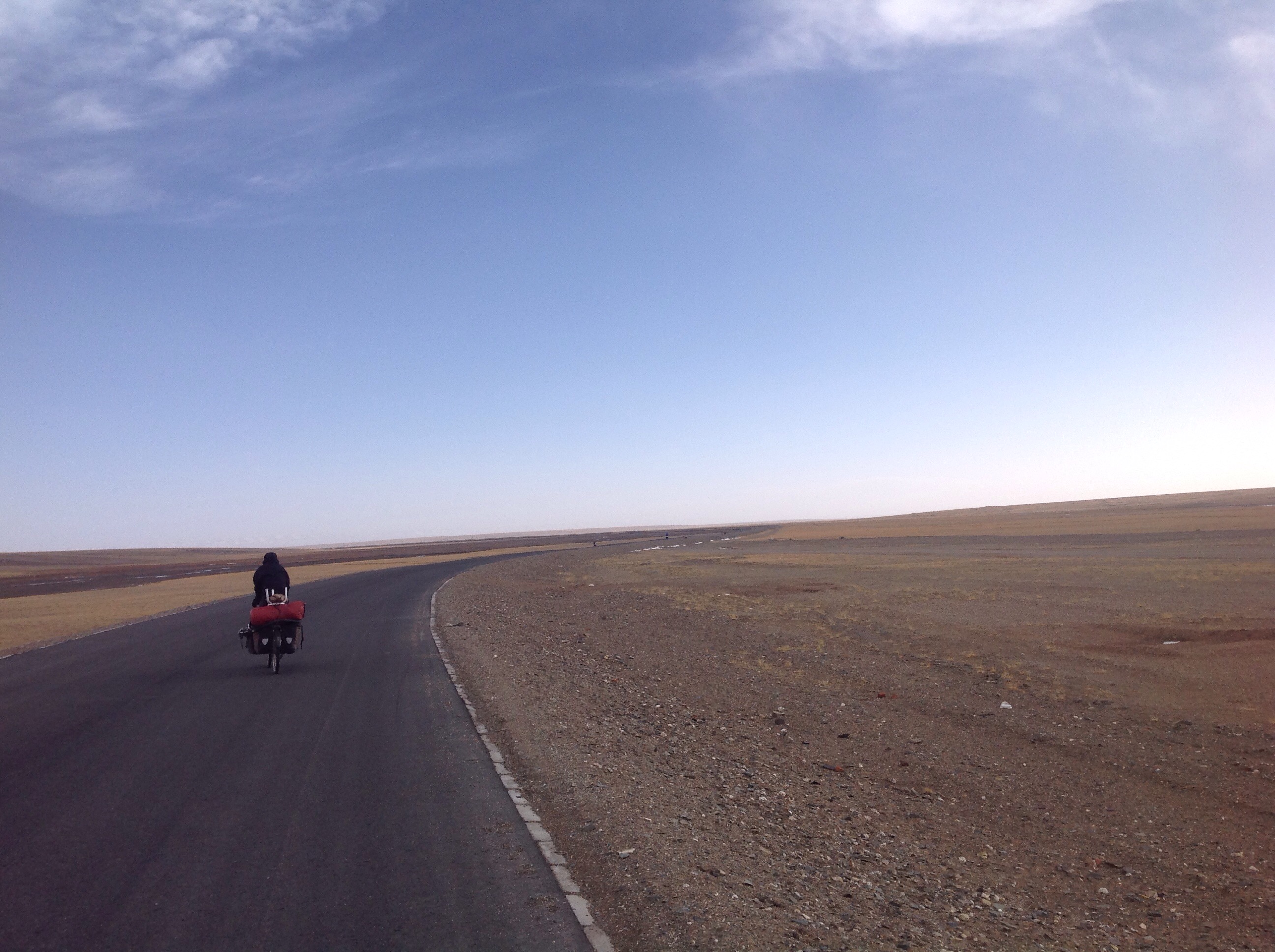 riding on the much quieter S308 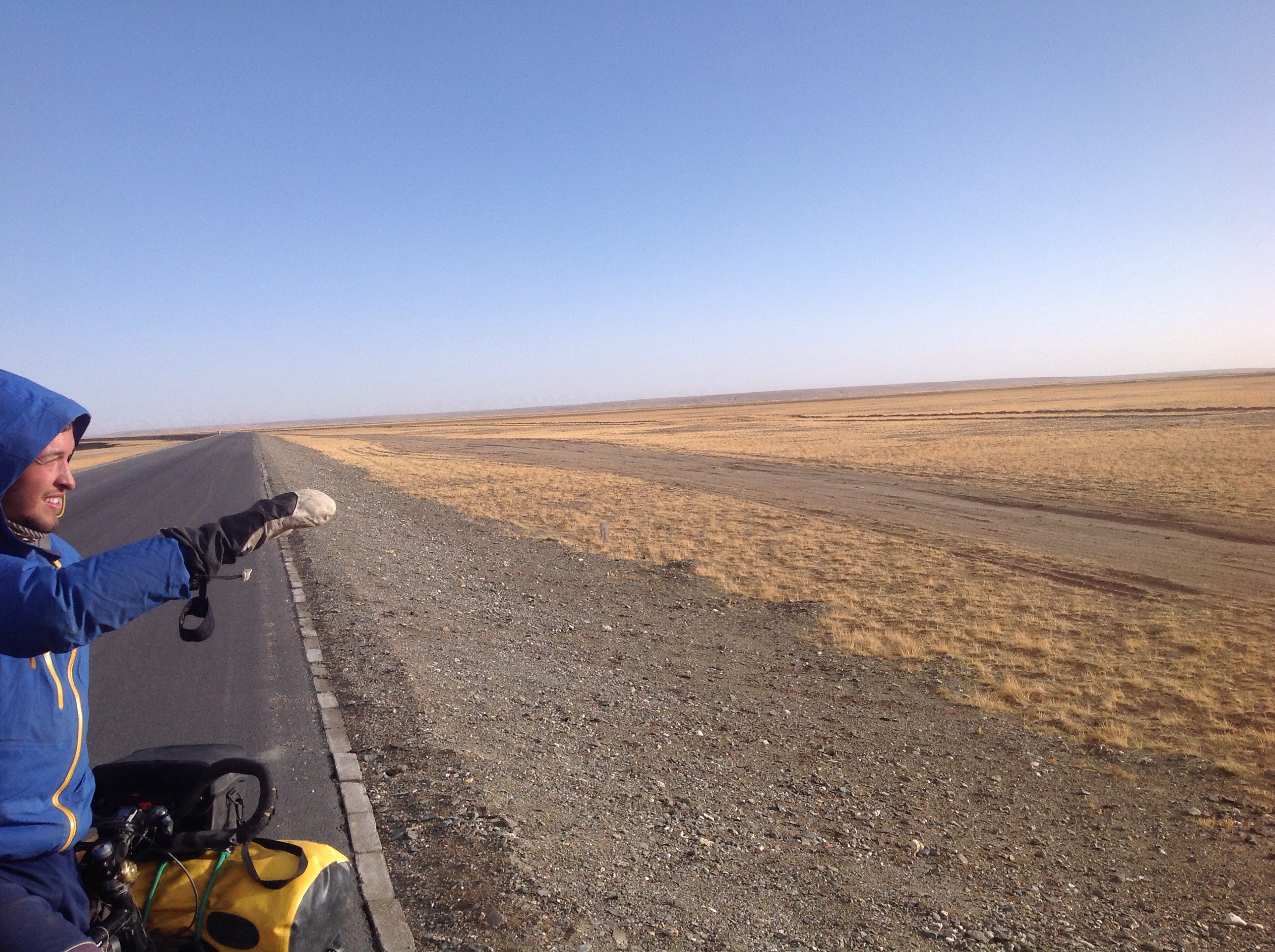 Andre taking it all in 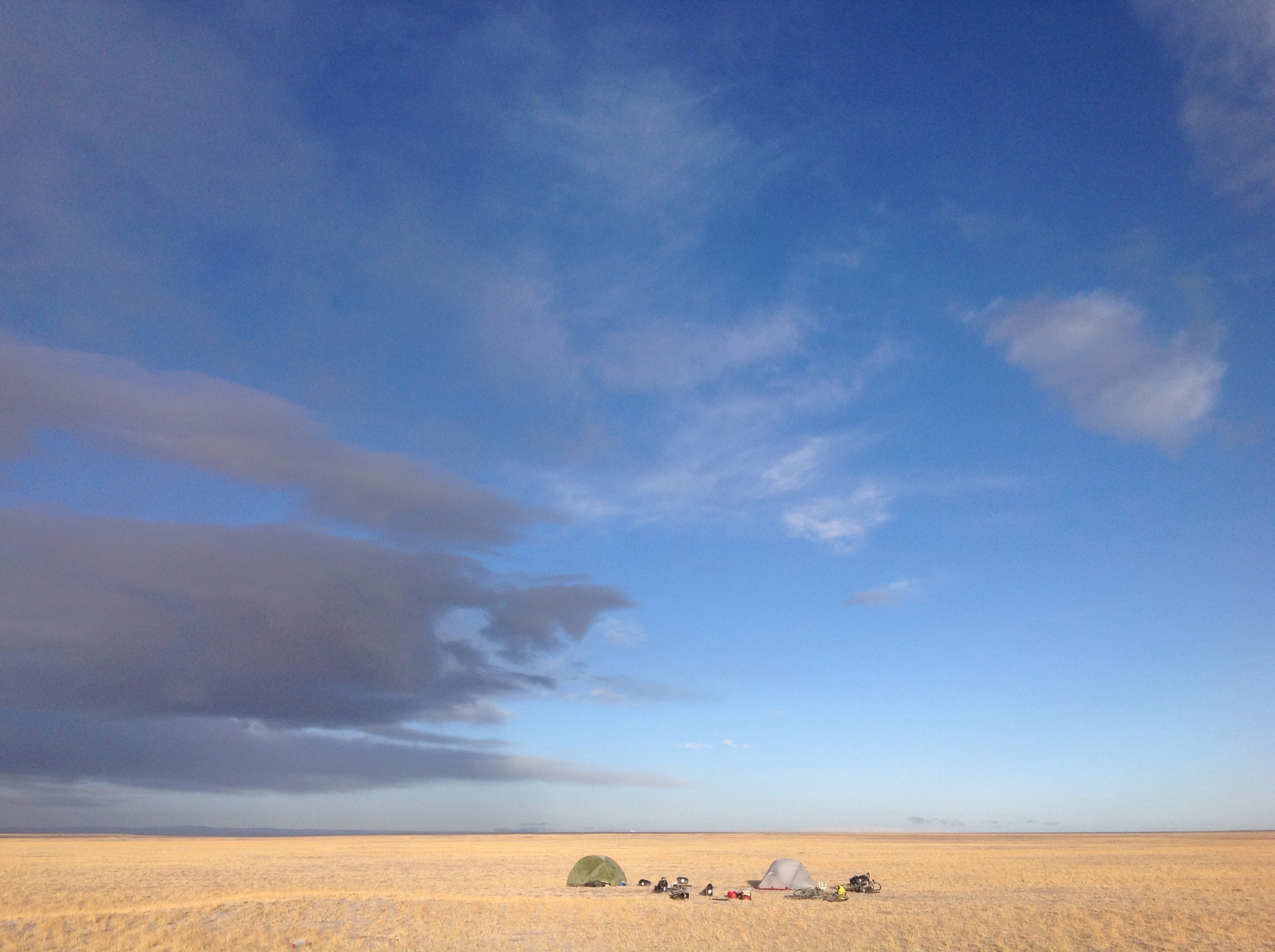