Clear weather this morning gave us another great view of the ups and down along the road as it snaked up and over the hills. We were climbing up against the flow of the river. As we got higher the plantlife became a bit more frequent. It was still dusty and sandy but every now and then a smattering of purple flowers in bloom would add a splash of colour to the landscape.

winding up and over the hills 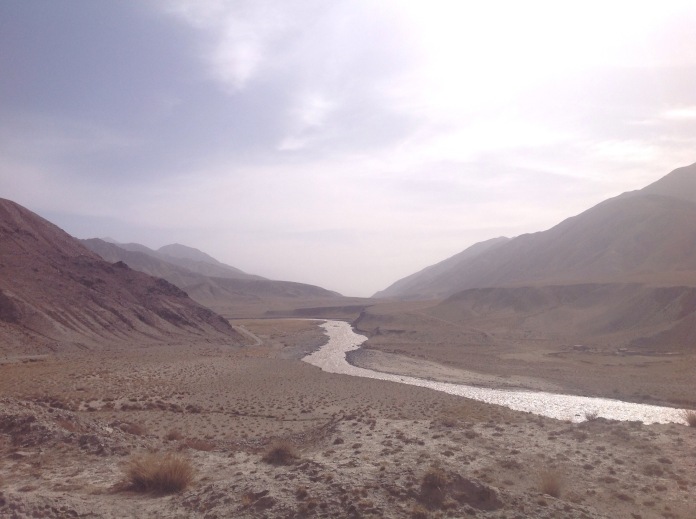 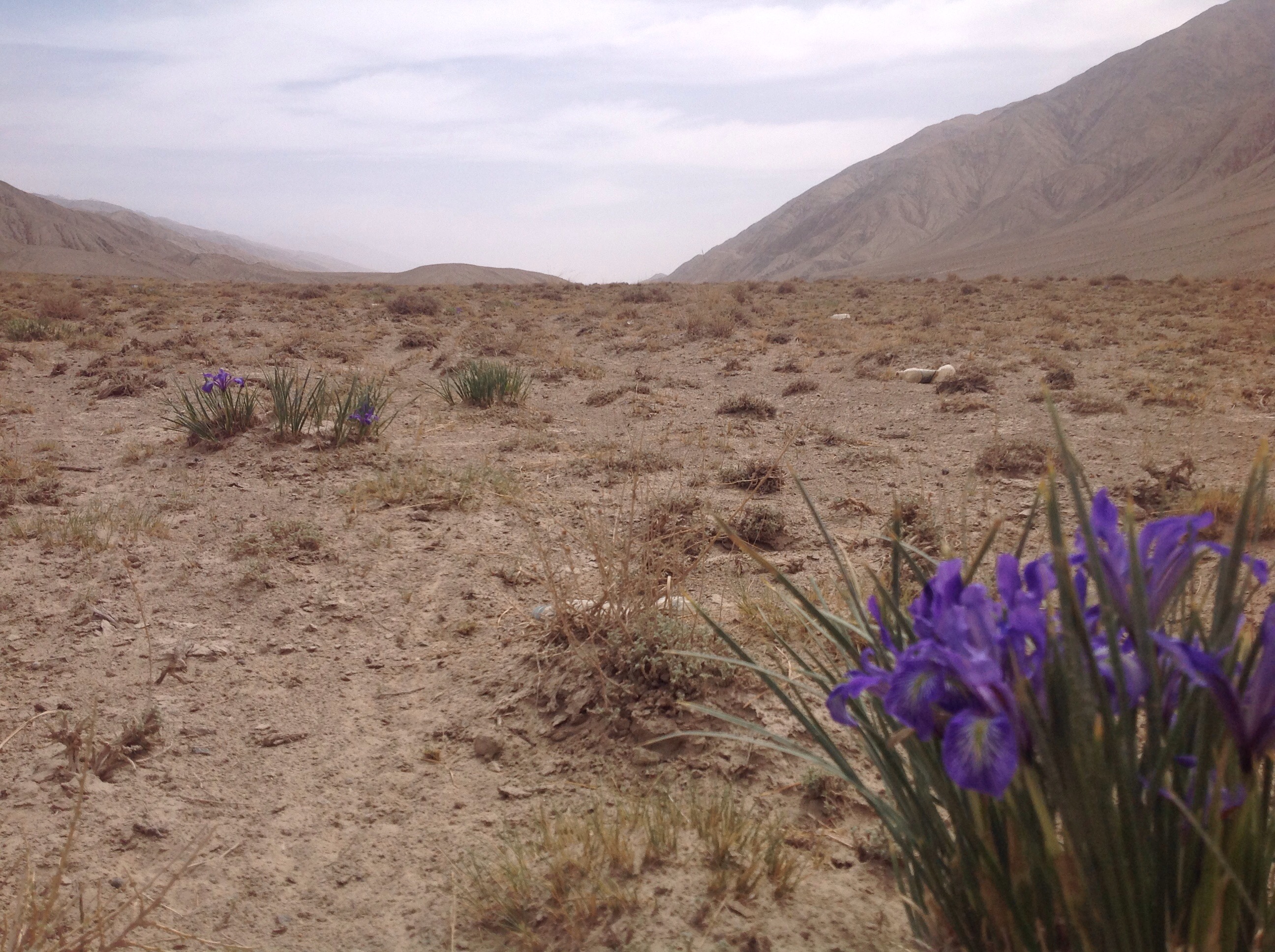 It was very remote up here but that’s not to say it was totally isolated. Occasional pick up trucks would pass by and some big army vans too. Yesterday we passed on settlement, today just before lunch we passed three in short succession. The last one had three aggressive mastiffs outside it who were mercifully chained up. The walls of the valley had widened as we climbed and by now we were cycling less in valley and more on plain between mountains in either side.

these guys were on chains thankfully

For lunch we pulled off the road and went down to the banks of the river. Before eating we jumped into the icy water for a swim – the last swim I had was in the Black Sea in Turkey. While eating lunch the wind, which had been a headwind, shifted 180 degrees and by the time we got underway again was pushing us along with ease. 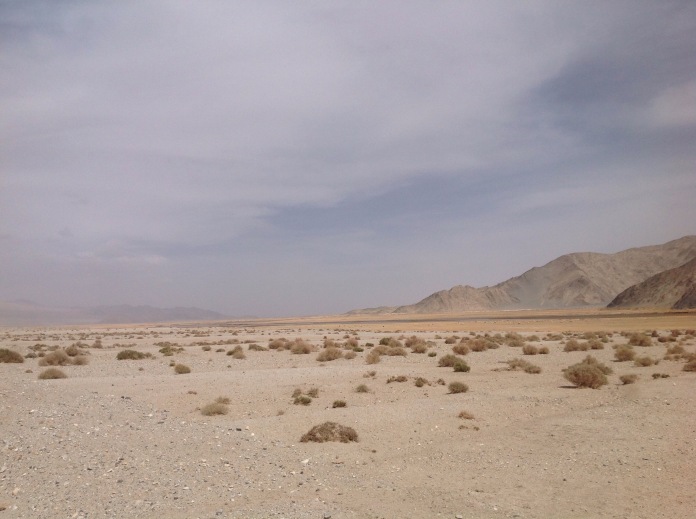 The plain continued to open up as we cycled higher. The river pulled away from the road and now it felt like we were up on a plateau. The road had deteriorated somewhat, I’m not sure from the wind, from the cars or by design but the gravel had been shaped in a continued series of speedbumps, like a washboard, which was not the easiest to cycle over and slowed us down.

Still, it was a spectacular place to be. Grassland was beginning to creep down from higher up the plateau around the banks of the river. Around a corner a small settlement appeared. This was a surprise, we hadn’t seen much indication of a settlement coming up. We figured there was an army barracks somewhere but we thought it was further along the road. We cycled through the settlement, a collection of ramshackle building to the right and very clean and neat army prefabs to the right. At the end of town a barrier blocked our progress. 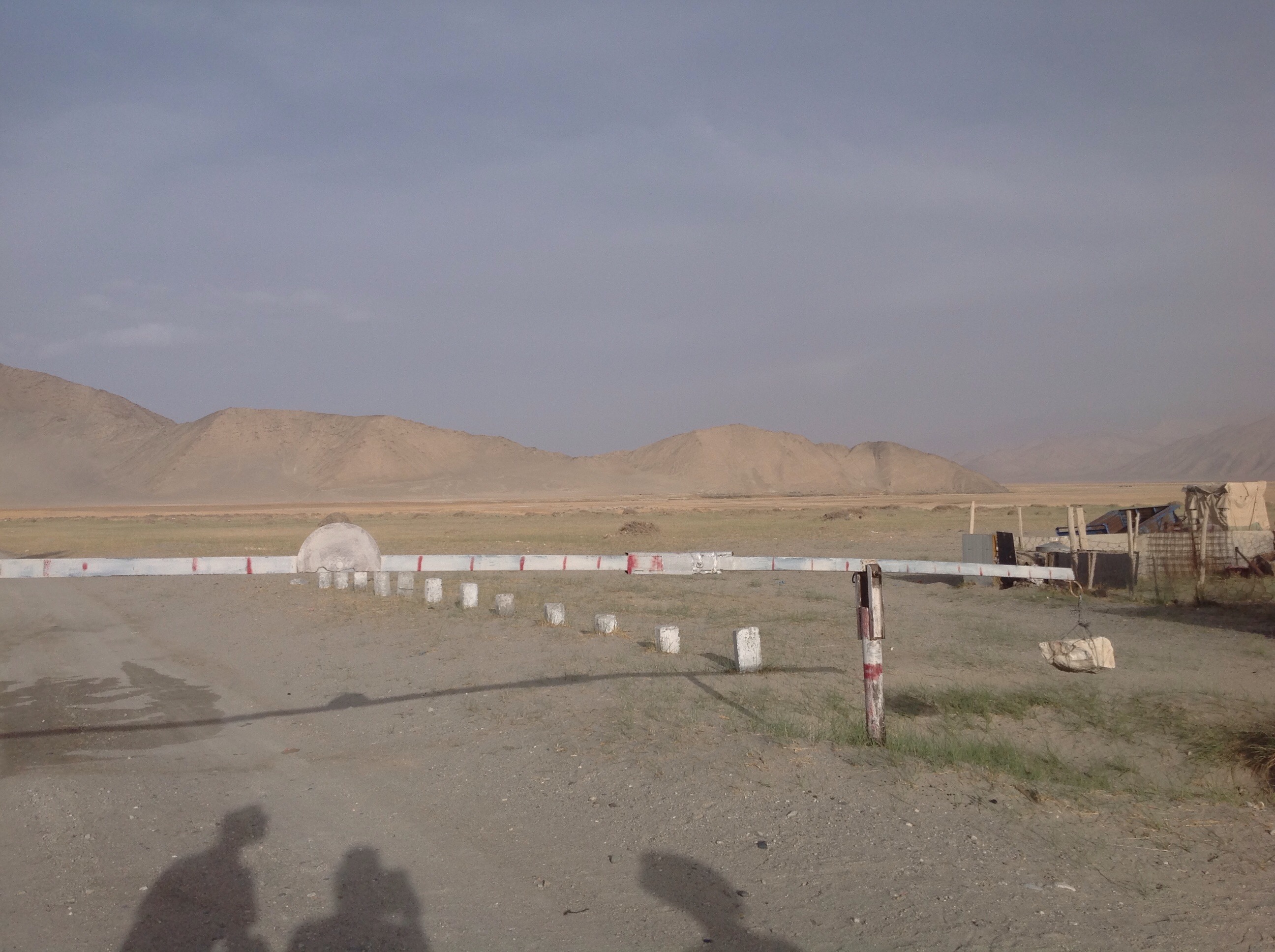 we shall not pass

The guy manning the barricade came out to speak to us, but quickly realised we didn’t speak a lick of Mandarin. He called up someone on the phone who knew English. This guy explained that we were at the entered to a ‘national park’ that we needed a special permit to pass through. I’m not sure what kind of a national park has a whole army barracks stationed right beside it, and no amount of reasoning, pleading or cajoling could convince them to let us through.
It was bummer not to be able to continue for sure, but we weren’t too disappointed. We were still happy to be up here in this probably very seldom seen part of the Kunlun mountains. We had enough food with us so we decided to hang out up here for a couple of days before heading back the way we came. We went out into the middle of the plain and found somewhere to camp, not too difficult in such an open isolated area.