My iPad ran out of powers or this day so I don’t have any photos.
Waking up in the towering Hunza valley was something special, only slightly affected by the almost immediate arrival of the police from the night before, who stood on the large rock we had camped behind and observed us throughout the morning.
With breakfast eaten and everything packed away we left our camp. The police wanted to escort us, but after talking to them they agreed it wasn’t necessary and left. With no police on our tail we could enjoy this cycle up the Hunza valley properly, and was it ever enjoyable.
Though low clouds hung in the sky, obscuring the peaks, the effect of the tall mountains next to the valley floor below, gradually rising as we climbed away from the river was spectacular. We passed through small villages that lined the new road and below the network of farms and scattered houses sat peacefully, the image brought to life by the colourful blooming of the fruit trees.
We stopped in one of these small villages for a snack and felt there was something different about this place. We soon put our finger on it, there were women out and about in the street. These northern areas are populated by followers of the Ismailli sect of Islam, who, unlike the Sunnis that make up most of the country adhere to a different set of rules. It was refreshing, to say the least.
We followed the road up further, along the side of the mountains with the water rushing far below. After a stop at a police checkpoint (no word of an escort, thank god) we pedalled further uphill into the biggest town north of Gilgit, Aliabad. But we weren’t staying in Aliabad, we were staying is s village a couple of kilometres further in and a few hundred meters further up.
Karimabad is set on a cluster of hills nestled against the mountains of the west side of the valley, from the hills the view out across the Hunza valley is spectacular, and the trekking in the surrounding region some of the best there is, which explains why this area is the capital of tourism in northern Pakistan. Only downside is, the road up to Karimabad is incredibly steep. After struggling up it though we were glad we did and settled down out of the rain in the Old Hunza Inn, one of the longest running establishments in Karimabad. 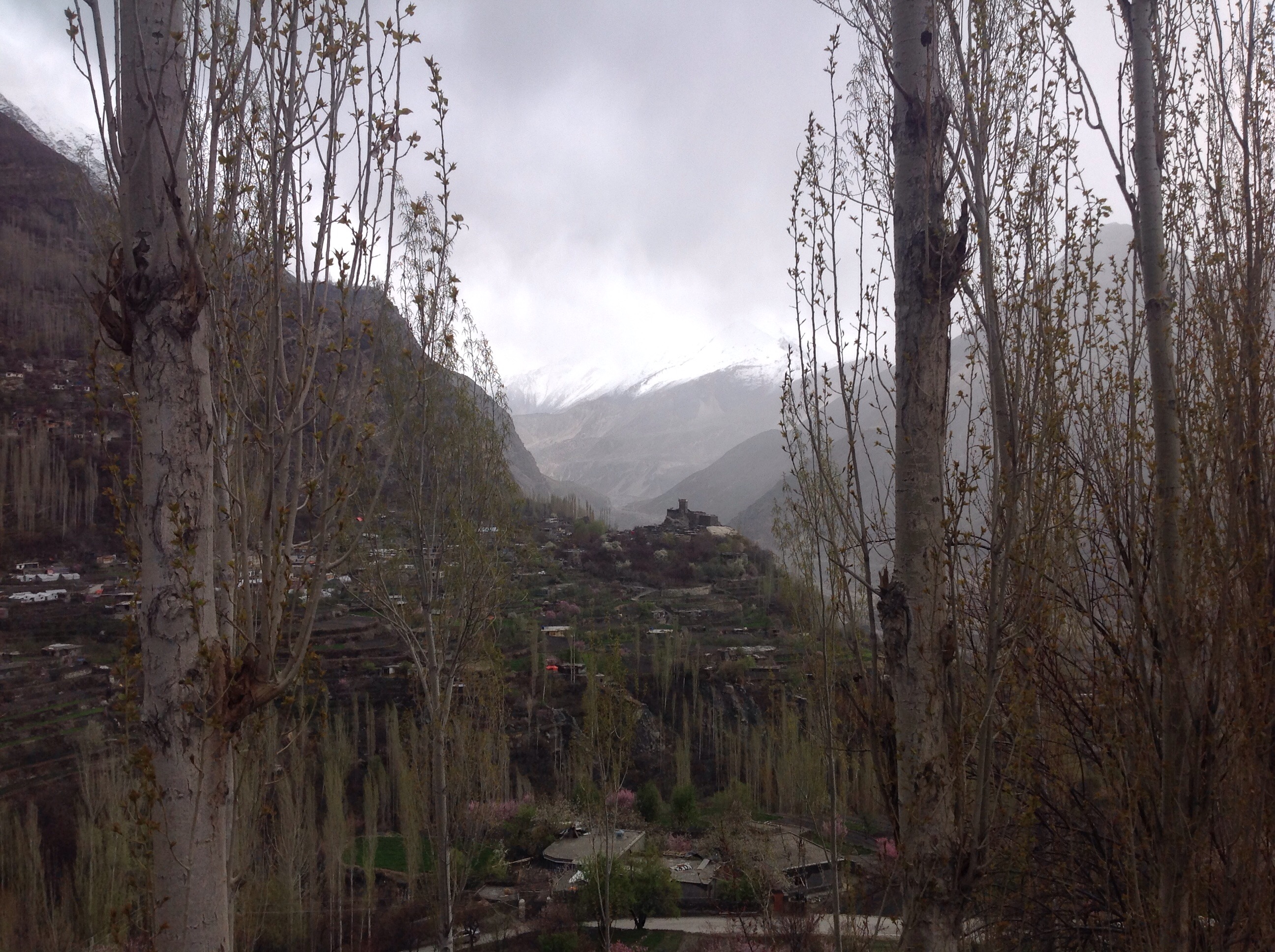 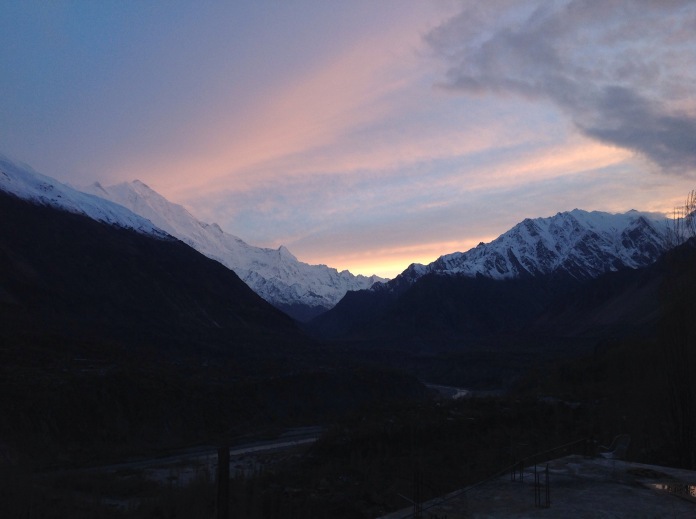