The extra day in Bam Abala had been a great slice of Punjab life, the hospitality shown to us by the Lasharis unparalleled but now it was time to get back on the road. With only 80km of riding left according to Shahid from Bam Abala to Lahore we should be able to make it there today.
First we had to visit the village school, a large walled off field with a small concrete schoolhouse at one end. Most of the classes were outside in the field with the youngest in the schoolhouse. We went around saying hi to each class and taking a photo with them. In an inspired attempt to entertain the kids Richie had them wave their hands and shout as we took the photo which, of course, they all loved.
At last it was time to go. We got back on the old road to Lahore, which somehow got worse as we got closer to Lahore but it didn’t really make the riding unenjoyable. Really it made the time pass faster, concentrating on navigating the rocks and holes. At some points the road was barely wide enough to for a car but tractors piled high with hay still managed the drive. Other tractors loaded with sugarcane attracted groups of kids who would take advantage of the slow pace on the rutted road to liberate the a few sticks of sugar cane for themselves.

sure thats all the tarmac you really need

It might be getting a bit too hot for Finn 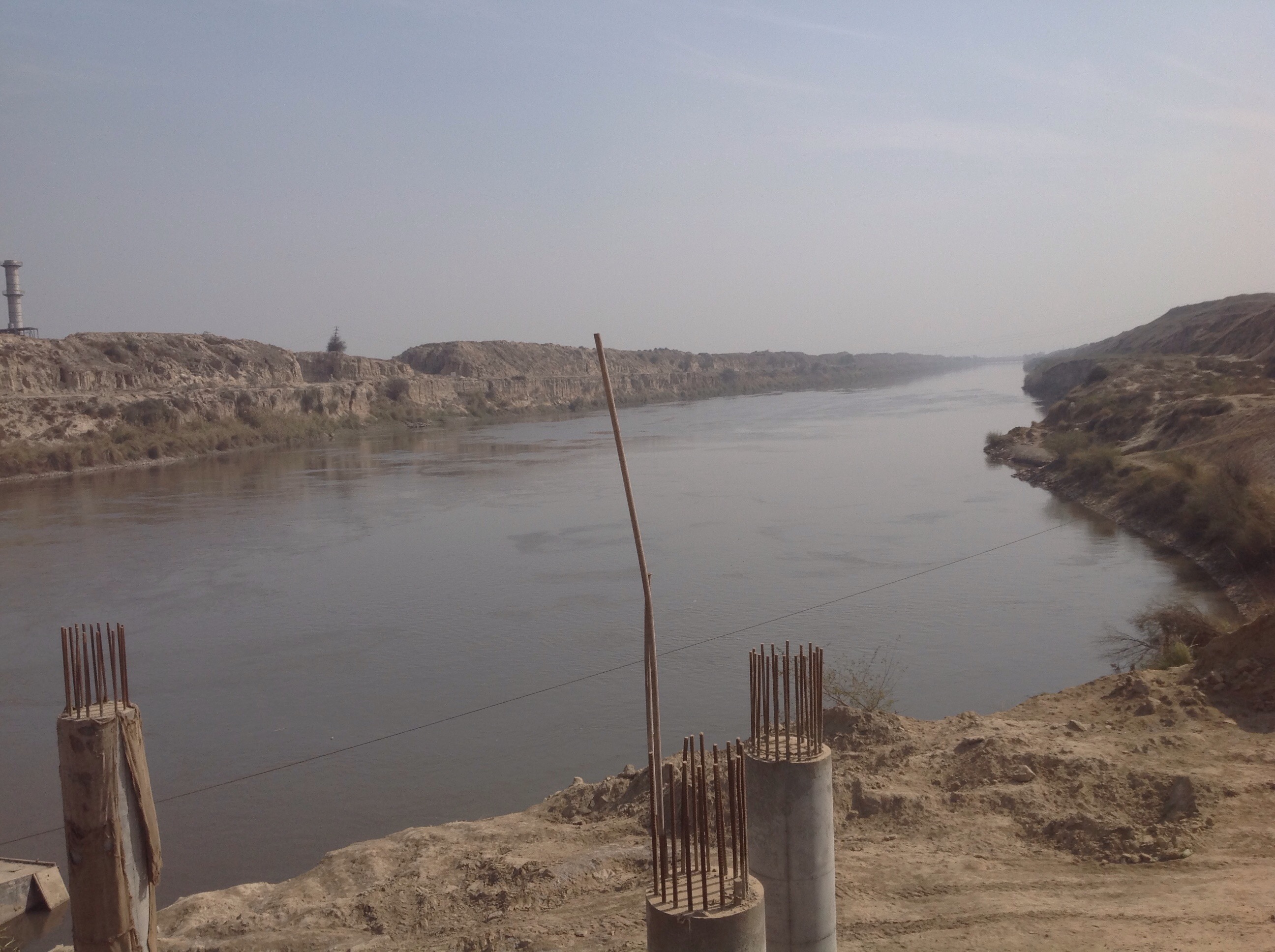 A river! havent seen that much water at once in a long while

The old road eventually merged back with the main road to Lahore for the final 50km. Back in the chaos of the highway after the slow pace of the side road, the contrast was immediate. Trucks, buses, busy towns with auto-rickshaws driving in all directions. As always the motorcycles were unable to contain their curiosity and we had many questions to answer, or rather few questions to answer many times.
There was a huge traffic jam just before we entered the city as the four lane highway was squeezed between one at a police checkpoint. Jockeying for position amongst trucks, cars, donkey carts and auto rickshaws was an experience not to be forgotten soon. 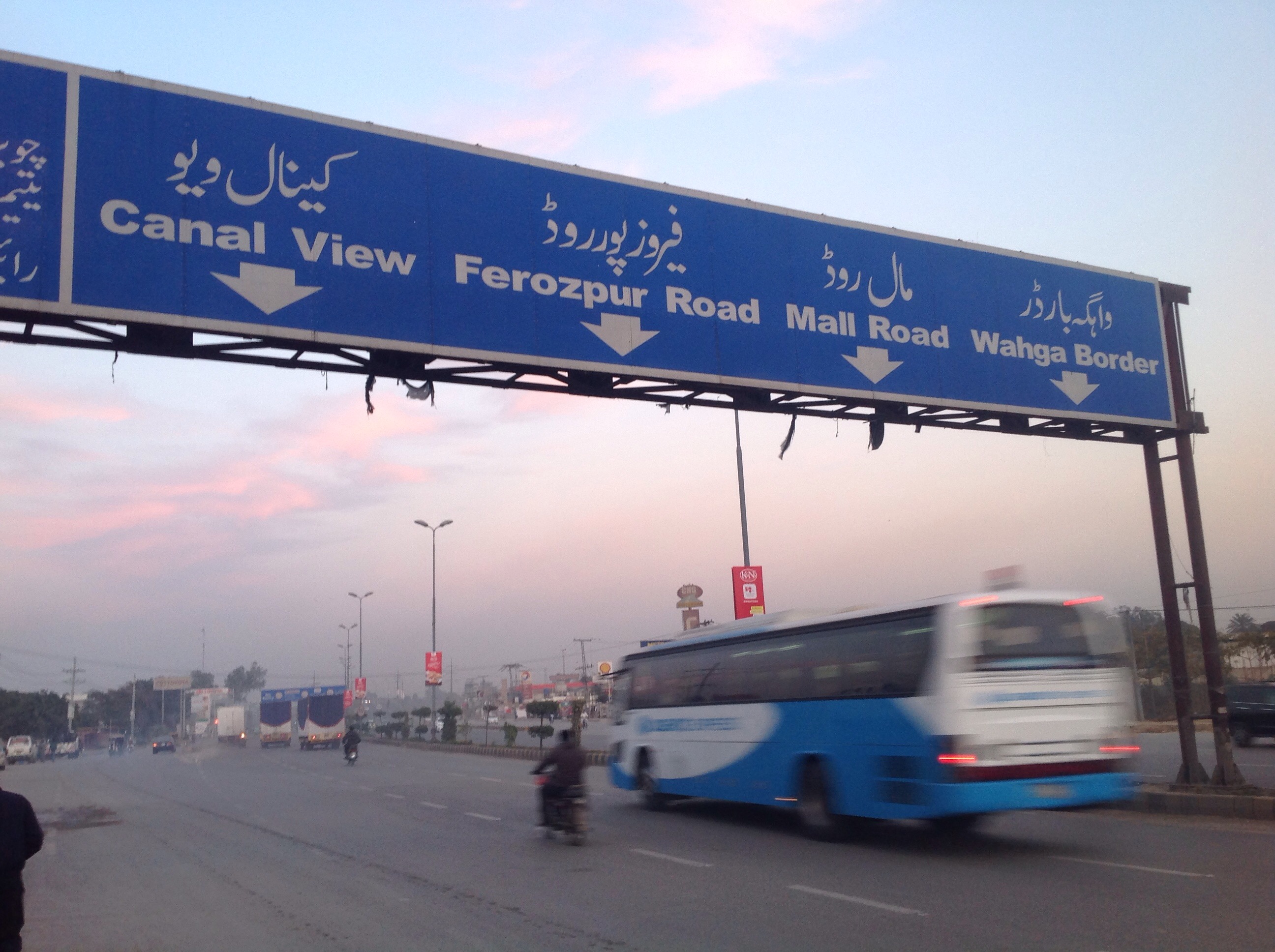 It was dark as we rode into the city centre along the straight canal road. We had only a general idea of where the hostel we hoped to stay at was located but such masters of navigation are we now that we the first time we stopped to get our bearings we were right outside it.
The hostel was the only one in the city and had just about enough beds formal four us. Not that it was packed with tourists. In what I assume was an attempt to stay in business the owner had rented out the dorms to a group of Chinese merchants. Still, it had hot showers and fast internet, all you really need from a hostel.