So after resting in the waiting room at Multan train station we decided we didn’t need to stay in Multan tonight. All we needed was to get some Internet access to to check some important messages and plan the route, and also find somewhere for breakfast. We cycled around for a bit and in the end decided our best bet for finding Internet was at the nicest hotel in town, the Ramada hotel.
They had pretty serious security outside but they let us in eventually. For a group of cycle tourers who had been staying in budget accommodation for the last 6 months this place was luxury. What caught our eye the most though was the huge breakfast buffet spread going on. Nothing quite like a breakfast buffet to tempt the hungry cyclists. We were considering splashing out on it when Finn announced his Nan had given him money for just such a treat, so thanks Phyllis, it was the best breakfast we’d had all trip.
While we were gorging on breakfast (and sticking out like a sore thumb in a restaurant filled with very well dressed people) the hotel security officer came over and said he had a friend he wanted us to meet. Not long after a guy showed up who introduced himself as Mohammad. Mohammad was an old school cycle tourer from Pakistan who had been cycling around Pakistan for years and had just recently come back from a motorcycle trip to Turkey via Iran. 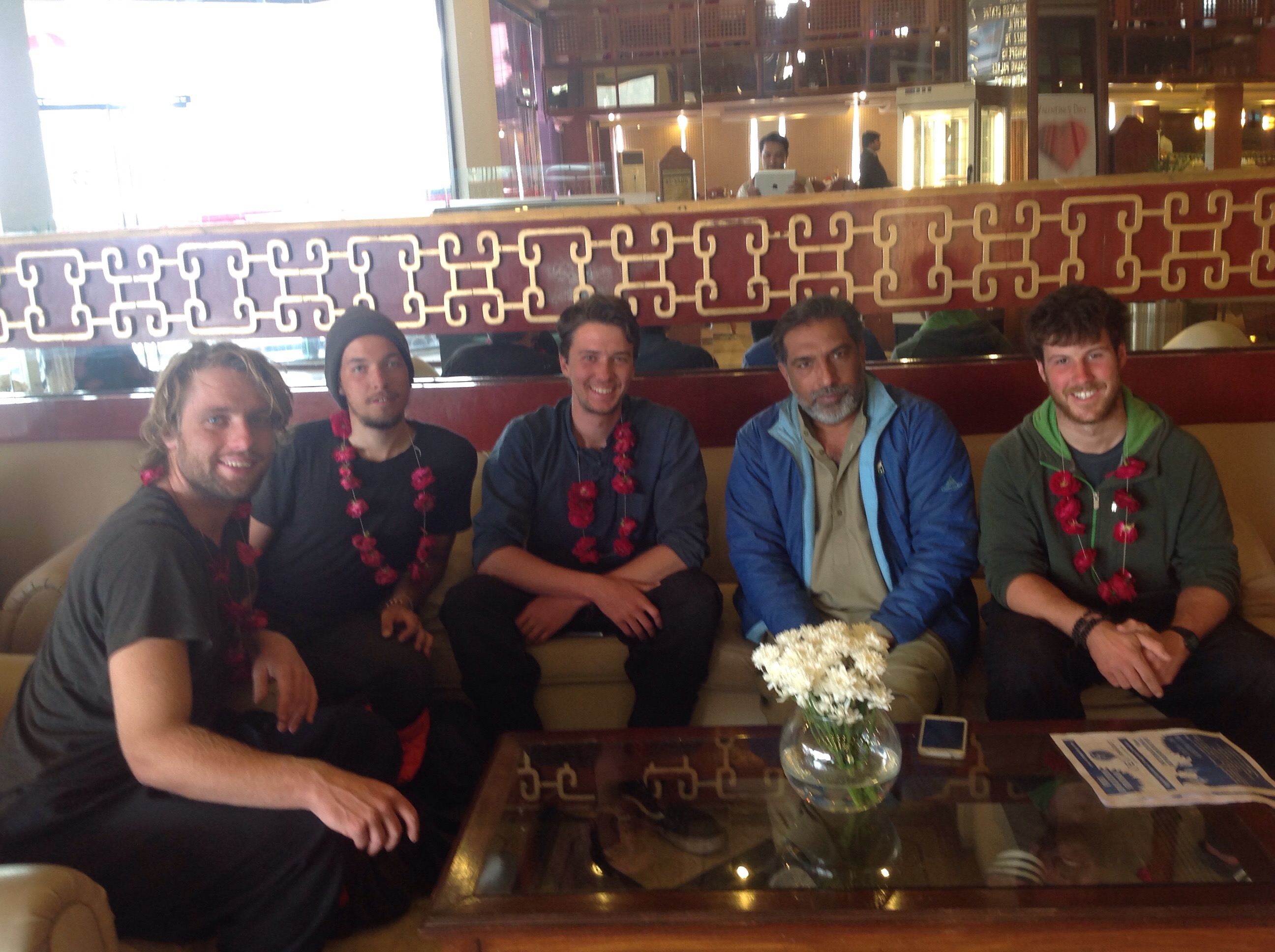 Mohammad brought us these lovely necklaces

He wanted to talk to us, he had met hundreds of cycle tourers coming through Pakistan over the years. We talked about cycling in Pakistan and he gave us some advice. We then expressed our desire to purchase a Shalwar-chemise, the local traditional dress of Pakistan that everybody wears. He took us to a store where I found one that looked good. At the the store we went to meet some of his friends and while we were there he organised for us to stay with a friend of his the next town over in Khanewal.
When it was time to leave Multan Mohammad took us to see the main sight of Multan in the way out, the old fort, where we experienced for the first time the Pakistani curiosity, as we paused for a photo and drew a crowd of about 50 people who were just in the park.

On the road out of Multan a press crew passed us and stopped us for a TV interview. Once again a big crowd gathered and we almost caused s blockage on the road. I can understand it, I’m not sure how many western tourist they get through Multan especially on bikes so of course they’re all curious.
It continued even outside the city. While riding the 60km to Khanewal for probably 70% of the ride we had guys beside on motorcycles (the main form of transport) asking us questions about ourselves, our home – everything pretty much. It was really cool, totally unlike any riding we’ve done so far and still as much a novelty to us as we were to them so we were happy to engage.
At about 5 km outside Khanewal we met Mohammad’s friend Afzaal who led us through the city to where we were staying. He took us to the local Press club as it turned out he was a journalist, and editor of the paper, and their press club had quite a large hall where they were happy for us to stay.

with Afzal, centre, at the press club

We talked with him and his friend as best we could for the evening. They brought us a tasty but spicy chicken curry for dinner along with fresh Naan, which is so delicious I could it eat it every day (and kind of have been since we got to Pakistan). The lack of much sleep last night finally caught up to us though and we had to crash early.

One thought on “Day 119: Multan to Khanewal”