We thought we were in for another day in the fog when we woke up. We couldn’t even see to the end of the field. As we sat there huddled over our porridge though, the sun gradually began to shine through. When it was time to leave, after we had packed up camp the rest of the fog had burnt off and we were treated to a lovely clear day.

the sun starting to shine through in the morning

More countryside riding, but now at last the mountains that had been covered over the last two days were revealed. It was a great lift to the spirits being able to see all of the country we were riding through, and some of the mountaintops were just amazing, rising up to 4000m in places.

As I’ve probably said before in the blog, riding a bike across a country you really get a feel for its geography. In the case of Azerbaijan, we experienced this phenomenon a number of times before finally figuring out what was going on: you’d be riding along next to the foothills on the flat, happy as Larry and then the road would make a sharp 90 degree turn up towards the mountains. So you climb for a bit, the road not taking you in the right direction, until you arrive at a bridge over the river. 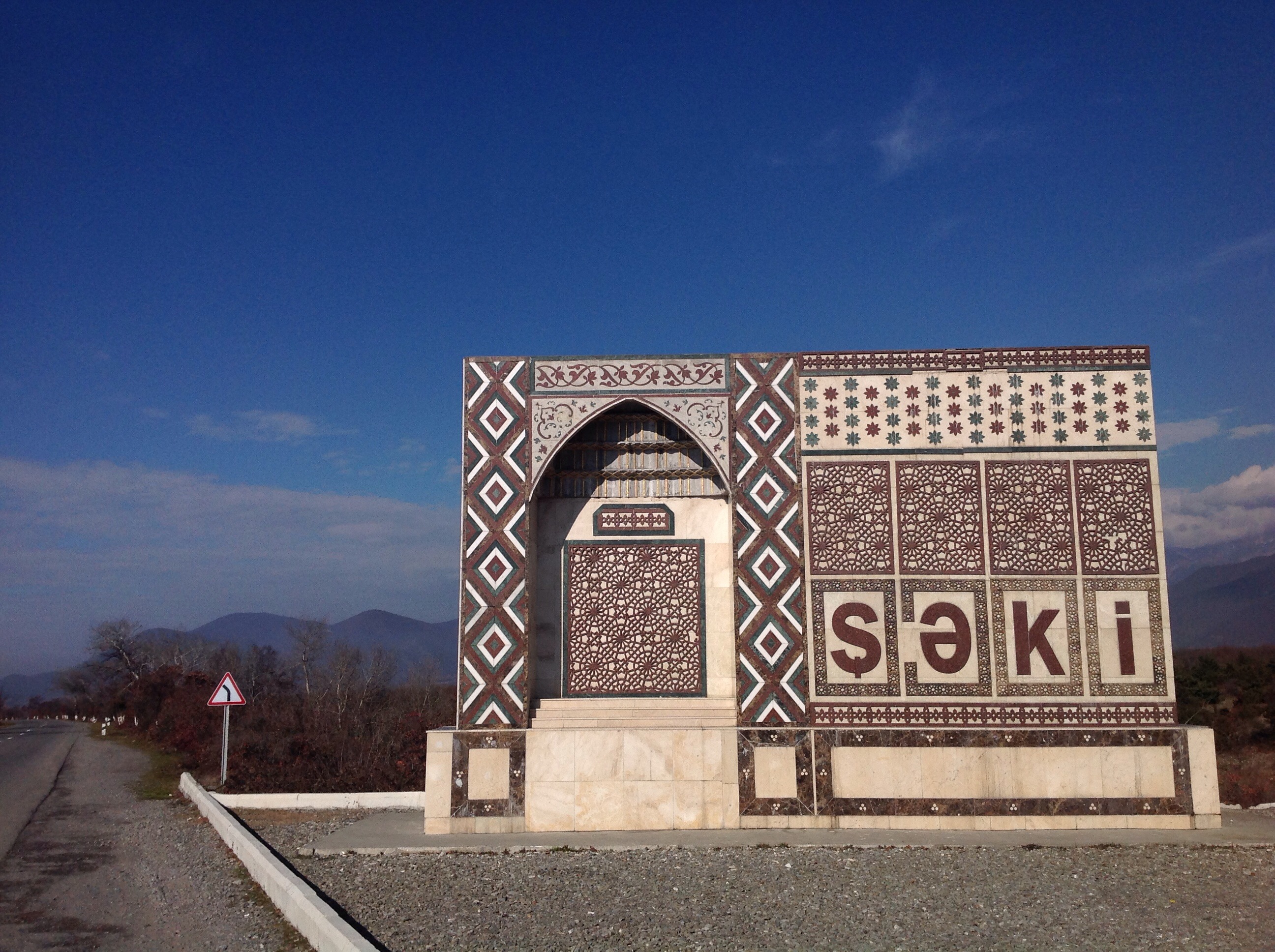 a nice sign for Sheki, the region we were just leaving

This happened again and again, and we had no idea why we would have to climb up into the hills to cross the river. Anyway, as it turns out what happens is all the meltwater from the Caucuses and fills up the wide rocky plains with fast flowing river. It only lasts a day or two, but it means that the road can’t just cut across the floodplain. So we are left climbing for about 5km in the wrong direction everything we want to cross a river.
But still, today the weather was clear and every climb would be rewarded with a long gradual downhill thereafter.
Another quirk we’ve come across in Azerbaijan was at its most obvious when we stopped to shop just before Gebele. For the life of them, they can’t fathom wearing shorts in the winter. No amount of gesturing that you get warm on the bike to explain it helps, they’ve all found it absolutely mind boggling. Finn probably gets it worse because he wears cycling shorts, but as we were wandering around this supermarket at the end of every aisle people would gather and stare in disbelief, and then as we moved to the next aisle would follow us in turn. 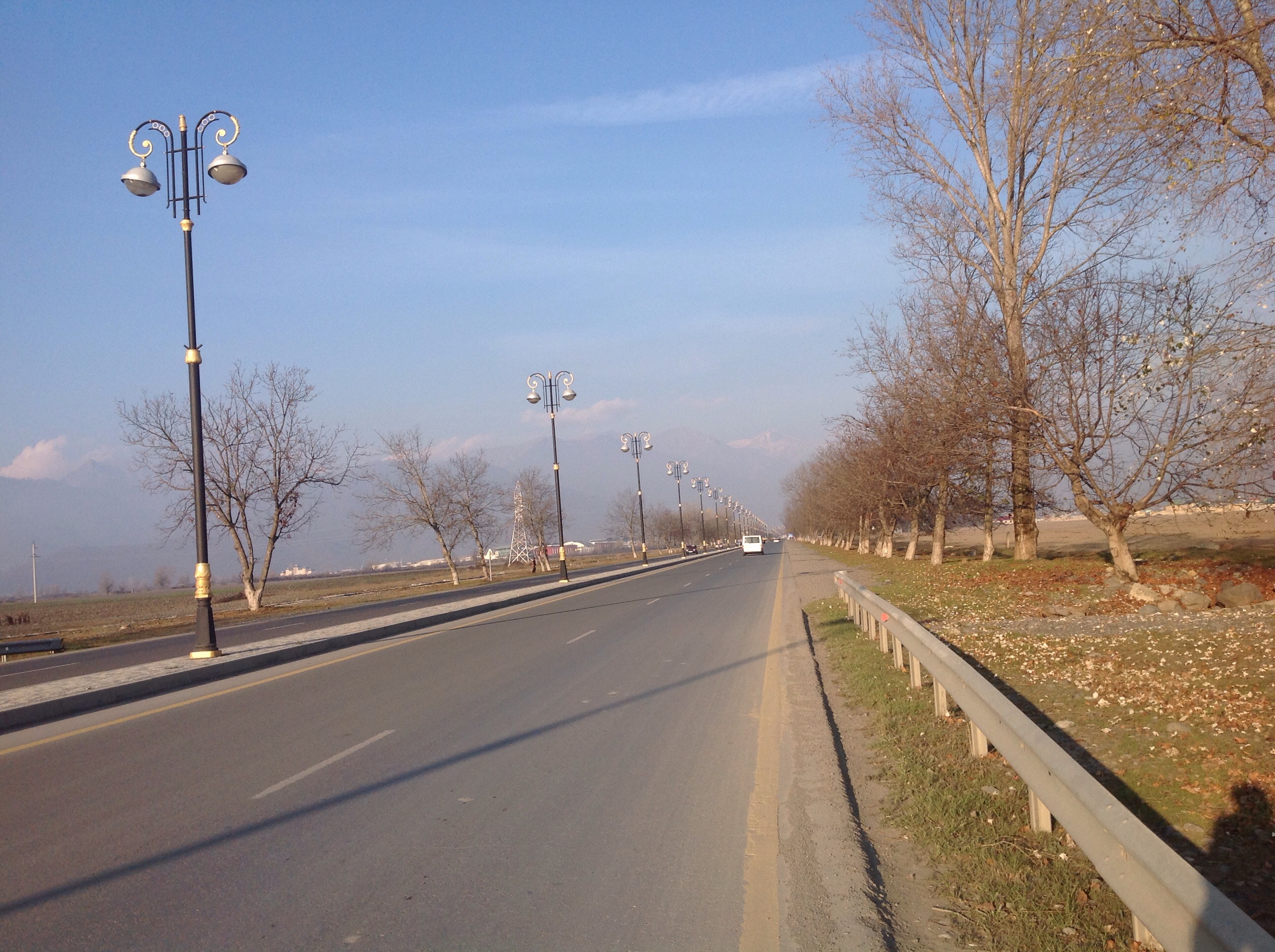 the wide road up to Gebele

But most people here have also been incredible friendly. We had to get internet access to get in contact with a couch surfing host, we pulled into a new looking petrol station and the manager there let us use the office Internet. He even brought out two chairs to sit on so we weren’t standing around.
So we passed through Gebele eventually, it’s another surprisingly big town given the surroundings. We found somewhere to camp in the middle of one of this flood plains I described earlier.