As mentioned in yesterday’s post our planned route through Bulgaria involved heading southwest from Sofia towards the Greek border to get access to the eastward-bound mountain route through the southern mountain range, which we had been told was one of the most beautiful areas in Bulgaria.
We continued solute west on the Route 1 out of Blagoevgrad for 20km and then finally got to the turn off that got us onto the east-west road that ran through the mountains which would take us almost to the border with Turkey. 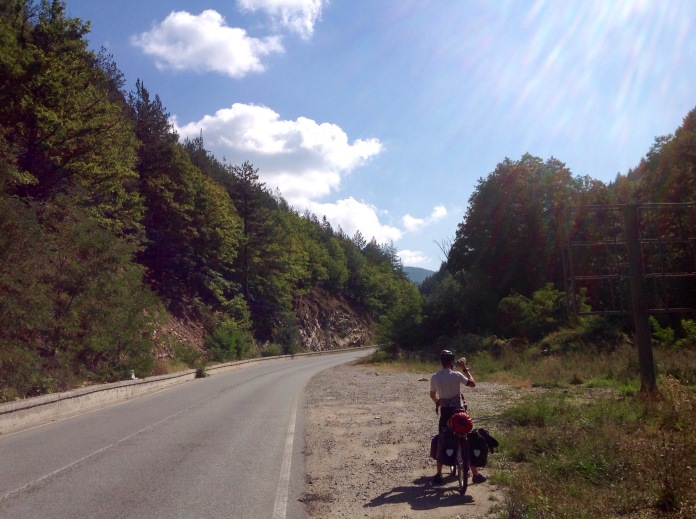 taking a break on the climb

We had a long climb up into the mountains now and the first ascent up into a range, we’ve found so far anyway, is always a bit underwhelming. The road tends to be bust, which this was, and the views you get aren’t all that impressive. It’s like you have to climb over a garden wall, and once your in you get to see the beauty.

this golden eagle adorned the summit

This climb took most of the morning then, and while it wasn’t that great it was at least an easy climb stretched out over a long distance. 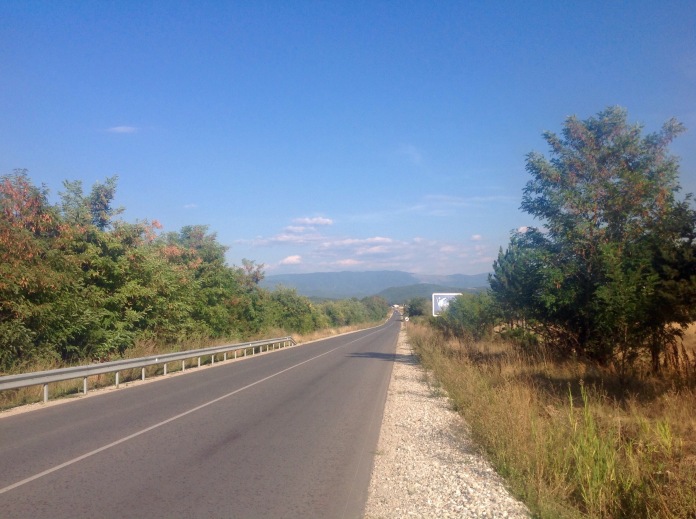 Once we stared to descend though, the whole range opened us. A wide plain stretched off to the north with some peaks in the distance and to the south, right close to the road, a long ridge line of towering mountains ran off to the horizon. We road along, admiring this vista until we came to the ski resort town of Bansko.
At Bansko there was much development going on, new hotels were being built and the roads in the process of resurfacing so the Main Street to the centre was completely torn up. We stopped for a snack and a coffee and Banako and spent some time looking for Warmshowers or Couchsurfing host for when we got to Istanbul, a city we felt it would be great to stay with a local at.
The afternoon/evening ride out of Bansko was a lovely long downhill along the plains and then in through the mountains following a river as it carved a deep gorge between them. The sun was starting to set which lit up the walls of the gorge as we rode along them, and the rocky walls provided some welcome shade after the warm day when the sun sunk behind them. 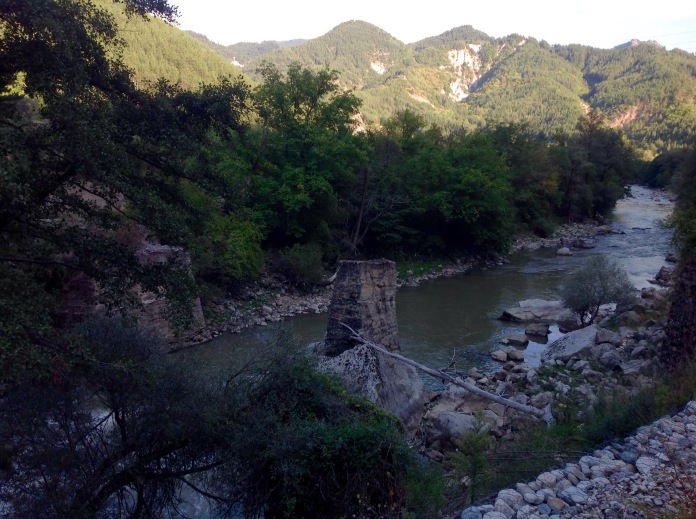 We found a nice camp spot by the river near a bridge, a strip of grassy bank where we could set the Bivvys up. As we waited for it to get dark unwinding after the day two Bulgarian guys arrived to go fishing. One of them came up and had a conversation with us in Bulgarian while we smiled and nodded and said “da” now and then. Friendly guy, but they didn’t stay very long. His friend caught a small fish and I suppose they were happy with that haul as they left soon after. 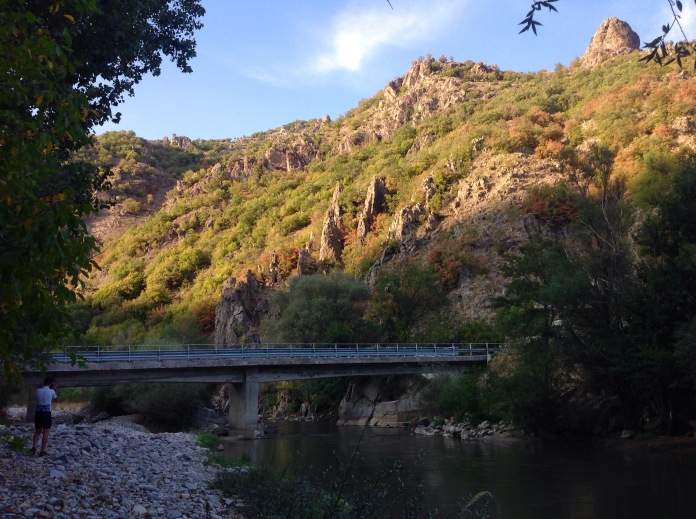 We cooked dinner and fell asleep. 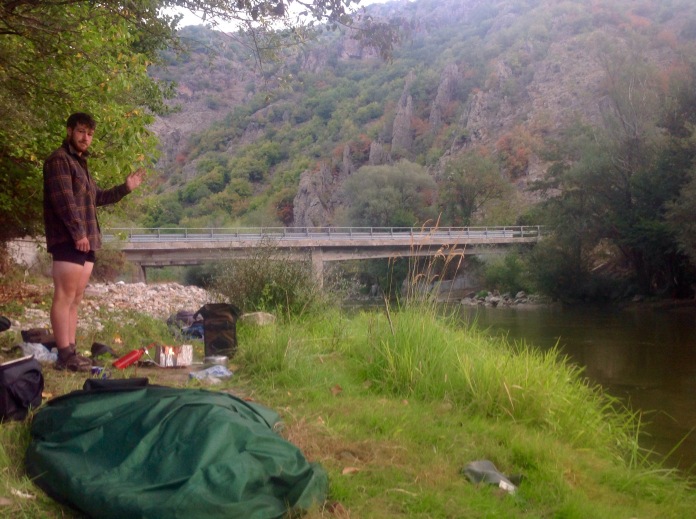