Waking up we found we hadn’t made it as far out of the city as we though we had. I fact we were still pretty much right in the city. We wanted to follow the EuroVelo route along the Danube for a bit, but it wasn’t really feasible as it took us too far out of the way on the wrong side of the river.
So we followed the main road out of town, towards Smederevo the next city over. The route out was a bit hectic. High street shops turned into low rise stores and then side of the road stalls as the road got more and more narrow – but the traffic didn’t disperse. We had to ride sandwiched between a tram track in the right and the flow of traffic on our left, but it was exciting in its own way.
After we had reached the final outskirts of the city the traffic calmed a lot. We rode along undulating hills near the Danube, while in the other side of the river flat land stretched out for miles. Ill take the hills any day, riding for miles and miles on the flat isn’t half as interesting. 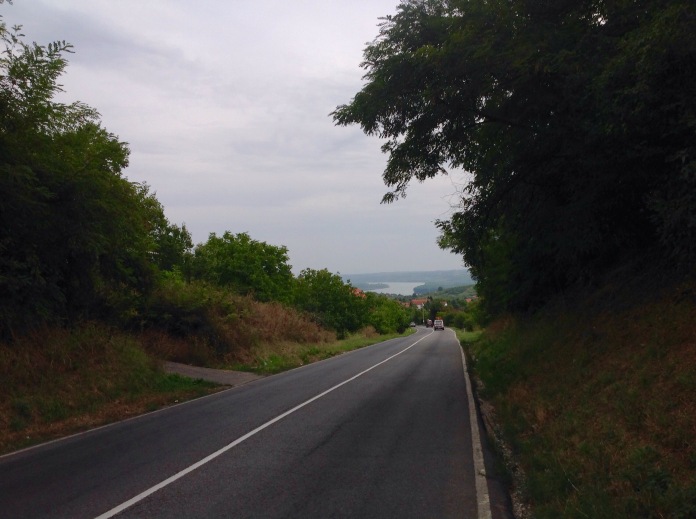 lookong down on the Danube

We arrived in Smederevo, which exists as a city because of the simple fact that it is the last bridge over the Danube before the border of Romania. We had lunch here and then put the Danube to our backs and struck out towards Požervac, a town where we could get on a road south towards the Bulgarian border that avoided the motorway.
Not much to say about the ride between Smederevo and Požervac except that it was flat and on a main road. We had been getting a lot. More friendly beeps than angry beeps though since we left Belgrade. In fact, after we had gotten on to our southward-bound route after Požervac, I’d say every third or forth car was giving us a wave. One Turkish family in a German registered Mercedes even pulled up alongside while we road and had a wee chat. 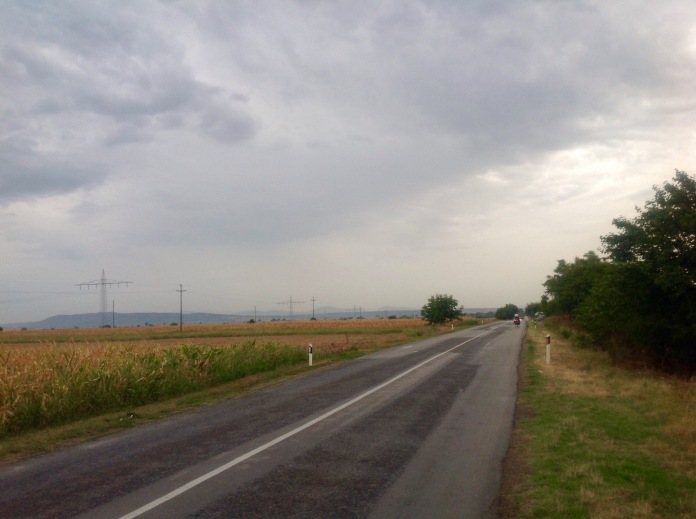 It was starting to get dark so we were on the lookout for campsites. Crossing a small bridge we saw that the stream in crossed had long dried up. It had been threatening to rain all day, so the prospect of some solid shelter sealed the deal and we wheeled down under the bridge. That night it did rain hard, and the solid concrete held up very well. 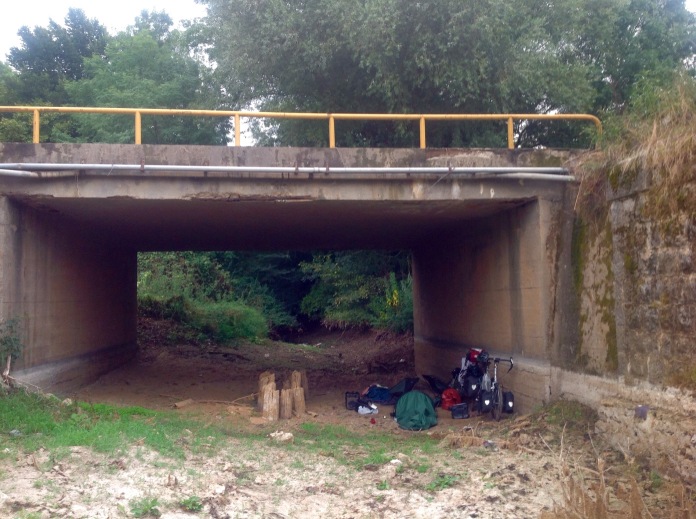