In the morning we packed up and said goodbye to Rolf, our fantastic host. Rolf was a big fan of Turkey and had given us some great tips for when we got there on places to go and things to do. As we were leaving his neighbourhood we were shouted at by a short, rotund bearded man in full cycling lycra.This man spoke with a real thick New York accent and had been riding around Europe since May on his Brompton. His name was Roma.

After some last minute pick ups in the city we rode down to the Rhine and turned onto the EuroVelo 15 route that followed the river. This would be our course for the next five days all the way into Strasbourg. It was flat, we had a tailwind, it was sunny and the route was simple to follow, you can’t really get better conditions. 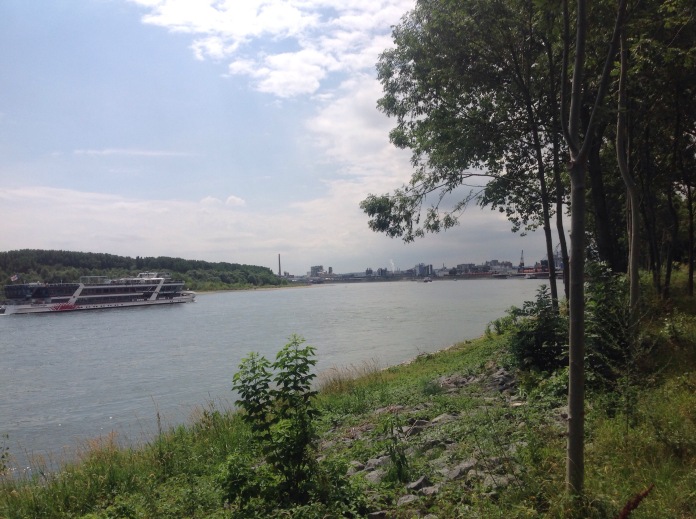 coming in to Bonn

When we got into Bonn, a city nearby Cologne we got lunch at a supermarket and then spent a bit of time looking for a bike shop. We found it after much searching but it was later than we wanted by the time we were back on the road.

going through a fair coming out of Bonn 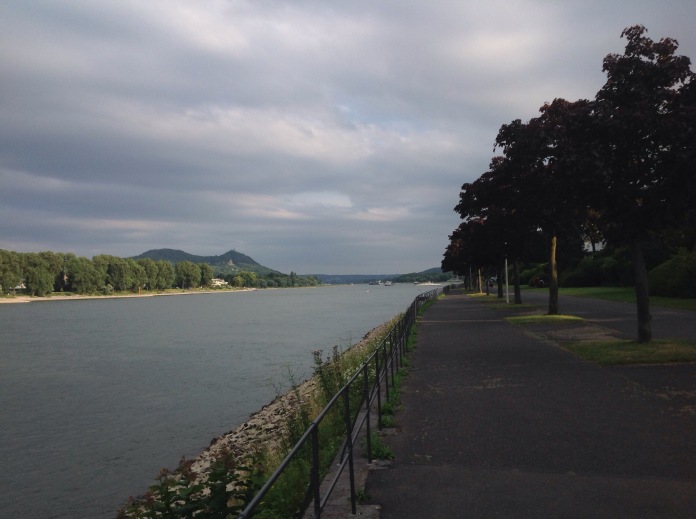 However since the conditions were so good we decided to keep riding, and cycled on a bit later than we normally would. It wasn’t until nine o’clock that we finally stopped to make camp, in a great spot right on the shores of the Rhine. 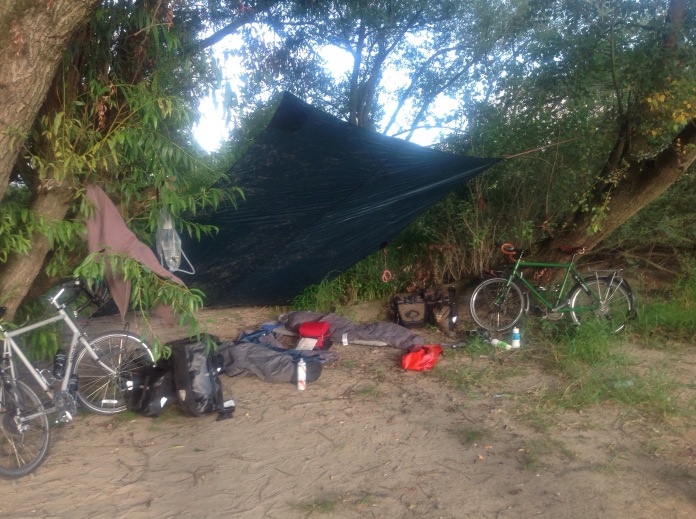