I was down to the final three days of the tour now. Today saw me pass through the city of Miyazaki after leaving Hyuga. This was the final city I would have to cycle through on the trip. I think by now I have actually gotten pretty good at navigating into and through these sprawling Japanese cities.

palm trees line the flat, straight road out of Miyazaki

I was into surf country now, long beaches and big waves. I decided to take a little detour through the town if Aoshima for lunch. The populated almost exclusively with people heading down to the beach to surf. The sand from the beach was blown partly across the road. I had lunch down by the harbour. 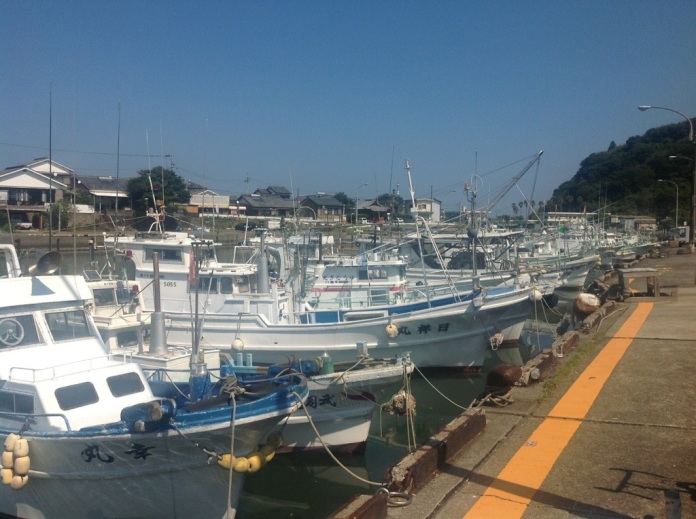 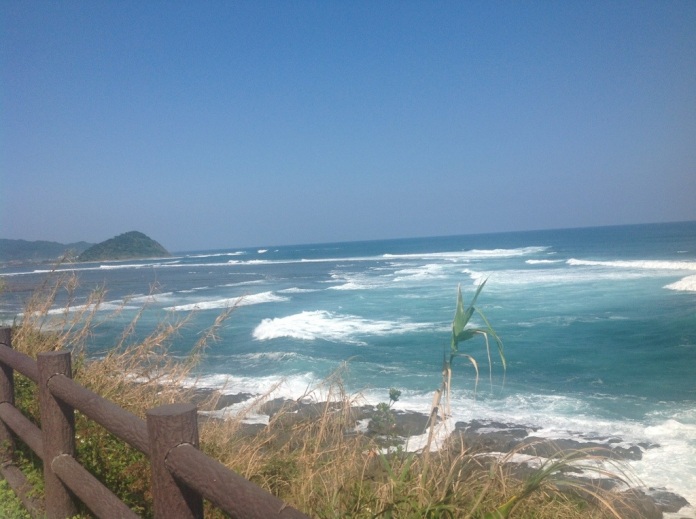 Aoshima was the last glimpse of settlement I had until I stopped that evening. The coastal road I followed was almost entirely devoid of buildings, except for a few beach houses here and there. 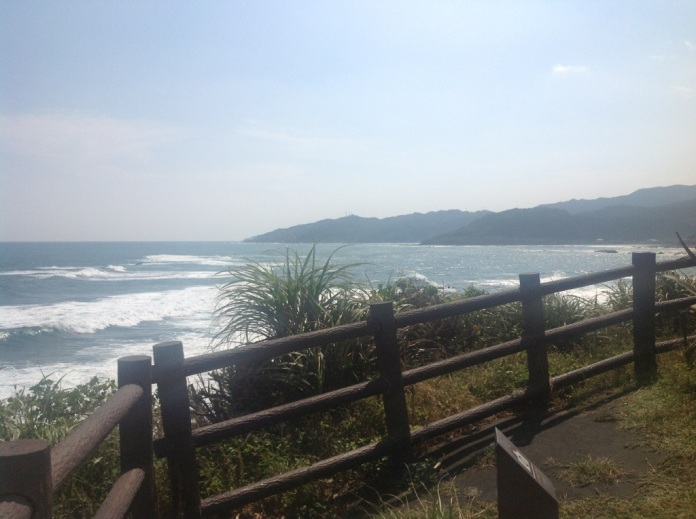 It was a long straight road with a pleasant tailwind all the way to Kannonzaki, a small coastal village with a beach campsite I had set as my destination for the day. I had managed to make up the distance I lost yesterday, and I was feeling good when I pulled into the campground. There were some other campers there, something I hadn’t seen since Octoberbegan. As it happened they were foreigners living in Japan, two teachers from Osaka. The BBQ they shared with me was a pleasant break from my usual pasta dinner.