The last day of the second leg of the tour. The riding on this day was by far the easiest, flat and with a comfortable tailwind pushing me along the last 100 -odd km to Niigata city.

It also had the most impressive views, especially early in the morning as the rising sun picked put the jagged sea stacks that dotted the shore next to route 345. The rocky coast fell straight into the sea, and with little flat ground by the shore there were numerous tunnels cut into the rock face. 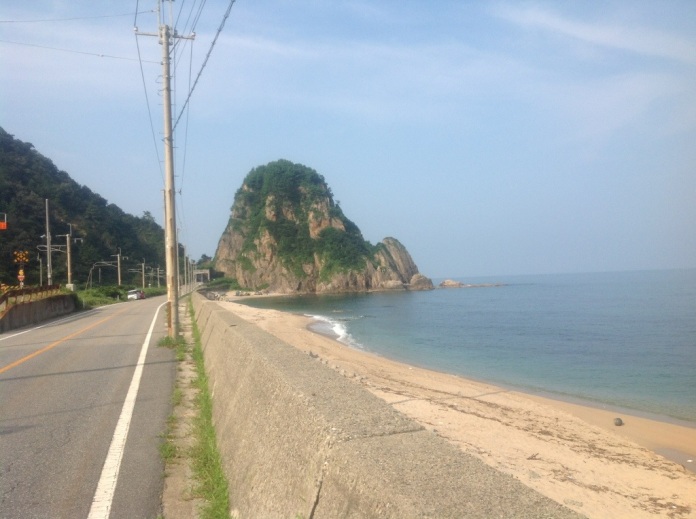 Passing through the sprawling coastal town of Murakami was my halfway point, where the road turned back inland for a spell to cross the flat plains between sea and mountain. It wasn’t long, however, before it rejoined the coast, although a much straighter and sandier coast.

Getting into Niigata was a bit of a chore that added an extra hour or so that I had t planned on cycling. The most direct route was motorway where bicycles aren’t allowed, so I had to cycle around most of the city and then follow the road that led to the centre.

It feels good to have another leg of the tour complete. This one I took a lot slower and easier than the trip through Hokkaido, and I enjoyed it much more for it.