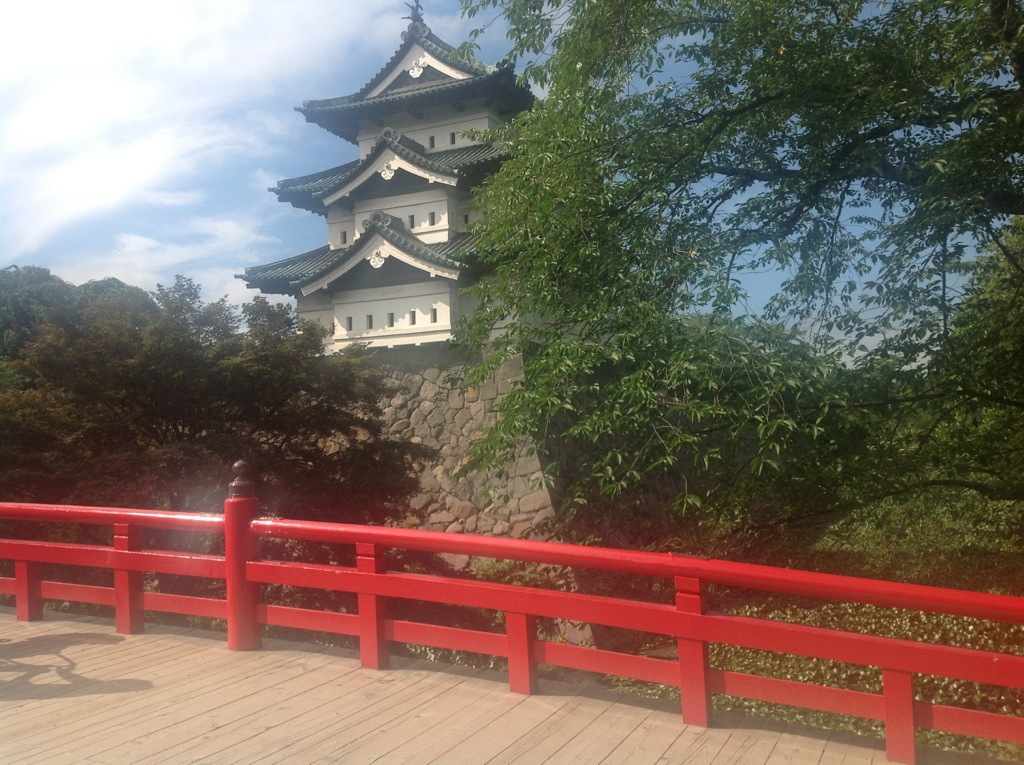 Albert and I rode from Aomori to Hirosaki, leaving the campsite at 10. Calum wanted to see more of the city and would meet us later on, taking a train to Hirosaki.

The ride from Aomori to Hirosaki was only about 35km, an easy distance. At first it was a long but shallow ascent that was surprisingly tough, probably because I was expecting a simple day ride. After we crested the hill it was easy going, flat land and the wind at our backs.

Hirosaki is probably one of the nicest cities I’ve visited so far. Small in size with historical significance thanks to its castle and grounds but with that youthful atmosphere that comes with a university town. Albert and I visited the castle in the centre of the city. Albert has a pretty in depth knowledge of Japanese history which he told me about as we toured the grounds. 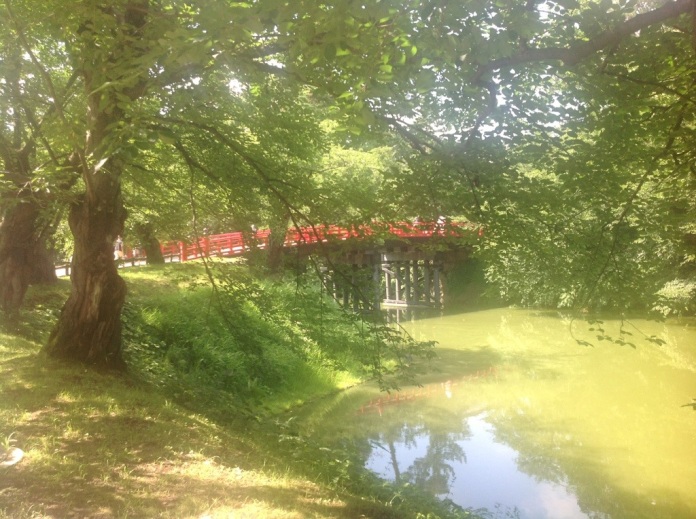 Albert and me in front of the remaining tower at Hirosaki castle.

We went to scope out scamp spot down by the river then, satisfied, returned to the city centre to meet Calum who had arrived by train and to see the Neputa.

The festival opened with traditional Japanese music, and then moved on to the floats which went as elaborate in construction as Aomori, but a lot more detailed in decoration. And drummers and pipers kept a beat throughout. 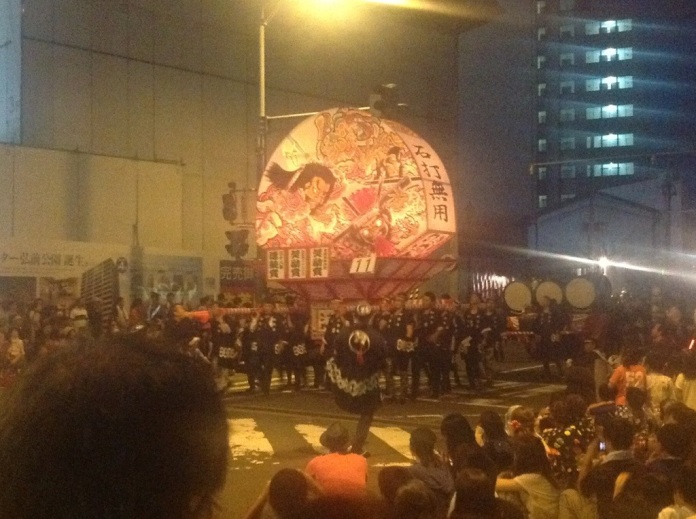 Aomroi is famous for its apples and Hirosaki is apple centre of Aomori. The next morning Albert, Calum and I went in search of apple pie. We found a coffee shop that served some delicious apple pie and over that and coffee we planned the rest of our trips, Albert and Calum showing me good places to camp and routes to take along the next few legs of my journey culminating in Kyoto.

After Calum left us and Albert and I made our way to the final festival in Goshogawara. 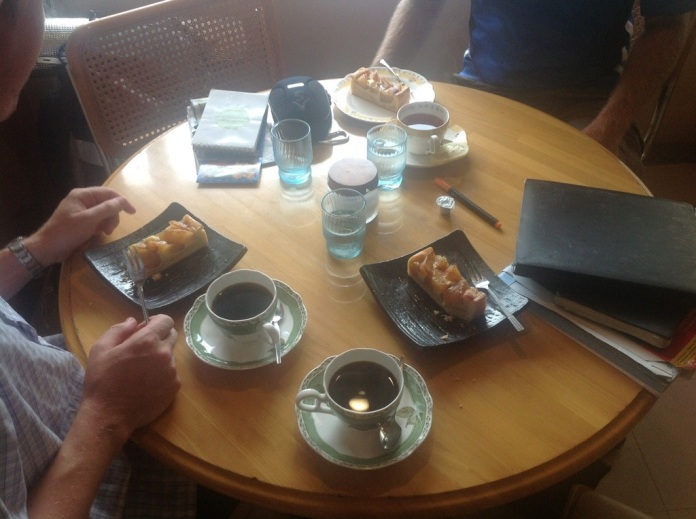