On this day(July 24th according to my journal, but it can’t have been that recent. It certainly feels longer) I arrived at my starting point: Wakkanai, Japan’s most northerly city. Not, technically, the most northerly point but as good as for my purpose.

Outside the station I assembled my bike; racks bottle cages and all, for the first time in Japan. I also saw a few other tourers disassembling their bikes to take the train out of Wakkanai. This, to me, was a good omen.

Wakkanai is a bit strange, it has an odd almost soviet feel to it. Understandable give the proximity to Russia. The road signs are even in Russian. 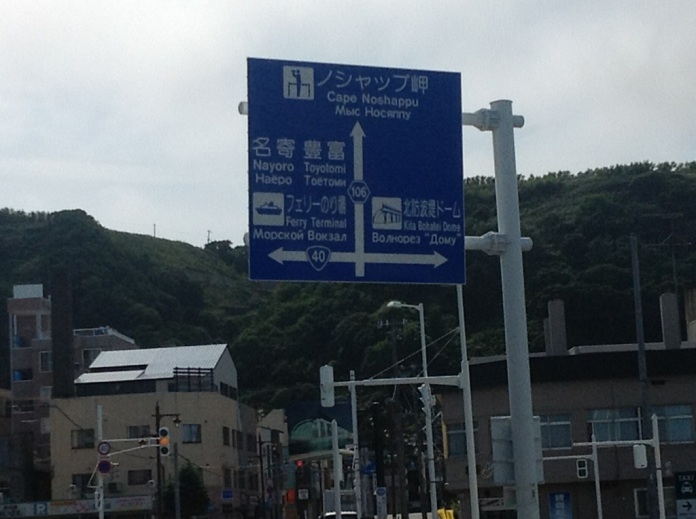 Wakkanai campsite is technically only three kilometres from the station, but it’s a steep, uphill three KM’s and my stuff still in a suitcase and not the panniers I walked it.

At Wakkanai campsite I set up my tent and made dinner. My neighbour was a very kind old Japanese man with no English but who fed me “Japanese potato” and gave me lemon tea. 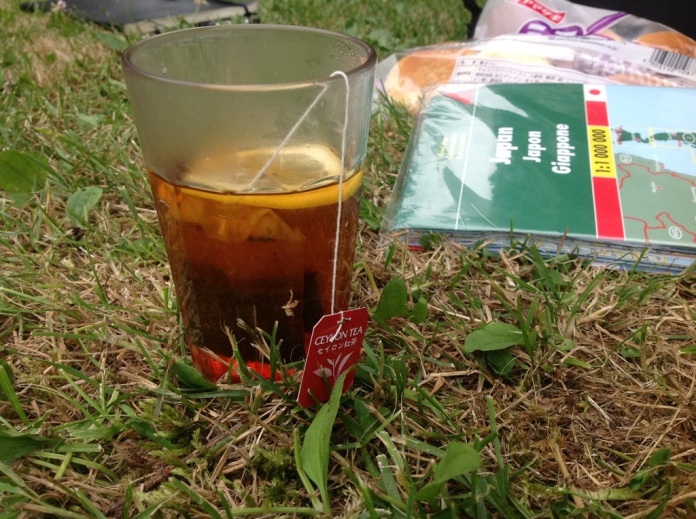 In the evening I got talking to a Japanese guy who called himself Katsu. From him in got some advice about touring in Hokkaido, albeit from the perspective of a motorcyclist. Told me about rider houses, and pointed out good spots to make camp.

The next day I packed everything up, the process of moving the luggage out if my suitcase into my panniers took longer than expected. By the time it was done it was too late to leave, and I had heard from Katsu it was set to rain anyway so I stayed an extra day. I think, too, that I was nervous about starting the tour and looked to delay it. 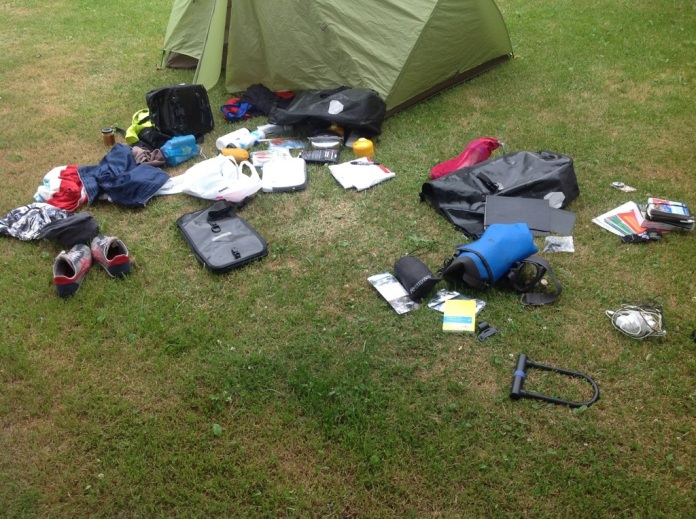 In some ways it was good that I waited. I ran into town to pick up big plastic bin bags from the supermarket. I would have been lost without these later on. Hit the bed early with plans to rise around 5 the next morning. Getting up early would commit me to leaving. 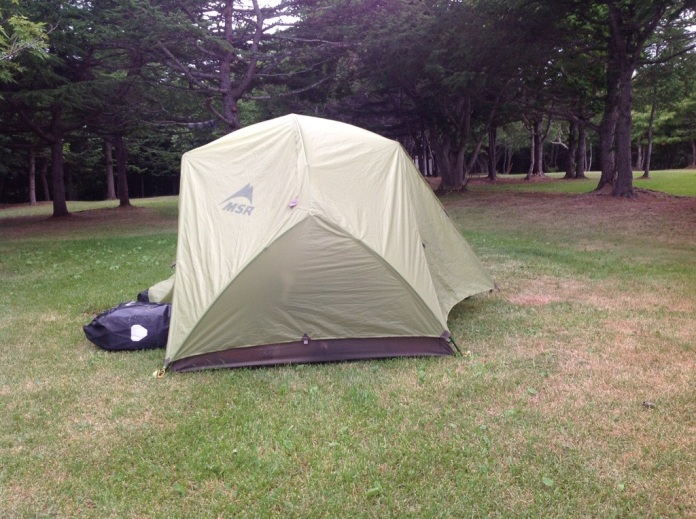 My tent at Wakkanai campground.